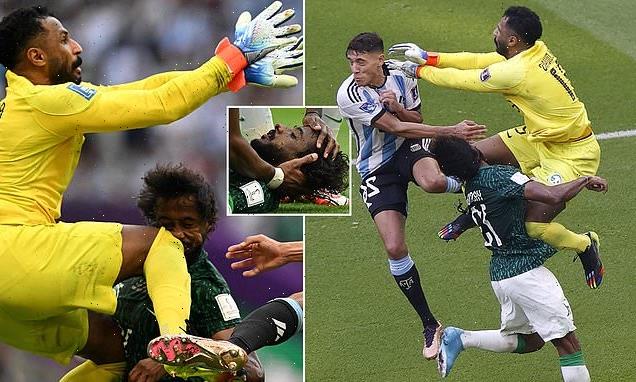 It was a day of celebration for Saudi Arabia after they secured a famous victory over Argentina – despite concern for one of their players in stoppage time.

As they defended a heroic 2-1 lead, keeper Mohammed Alowais caught team-mate Yasser Al-Shahrani with a sickening flying knee to the head.

It was a thunderous collision and there was immediate concern from keeper Alowais, who frantically urged medics to rush onto the pitch and dropped to his knees as he looked distraught over what had happened. 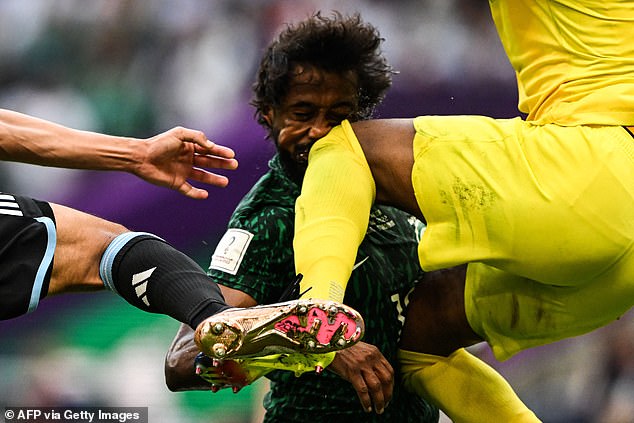 There was a delay in the game as medics looked over the Saudi Arabian defender who appeared dazed as he initially tried to get to his feet, with blood also appearing to come from his nose.

However, he was not to fit to walk off by himself and after sitting down, he was then taken off the pitch on a stretcher – though he did give a thumbs up as he was carried away.

The collision happened five minutes into eight of additional stoppage time when a long ball was played into the Saudi Arabian box.

Argentina full-back Nahuel Molina jumped up to get a header on the ball only for Alowais to punch the ball clear and catch his team-mate who was in the middle of the pair.

It was a heavy landing and there was no way that the Saudi defender could continue.

Saudi Arabia were clinging onto the lead which they had stunningly claimed in the second-half.

Lionel Messi had opened the scoring from the penalty spot after ten minutes before Argentina had three goals disallowed for offside. 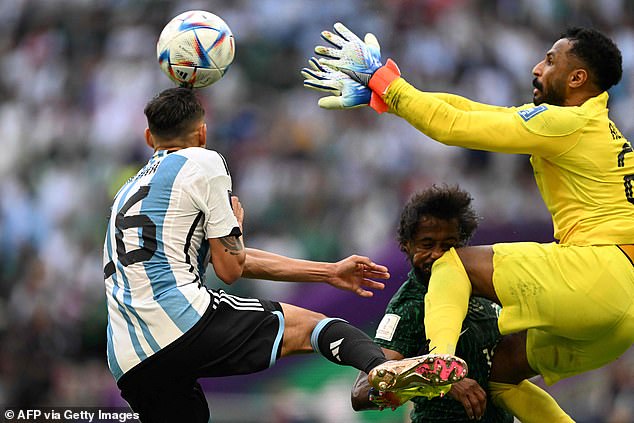 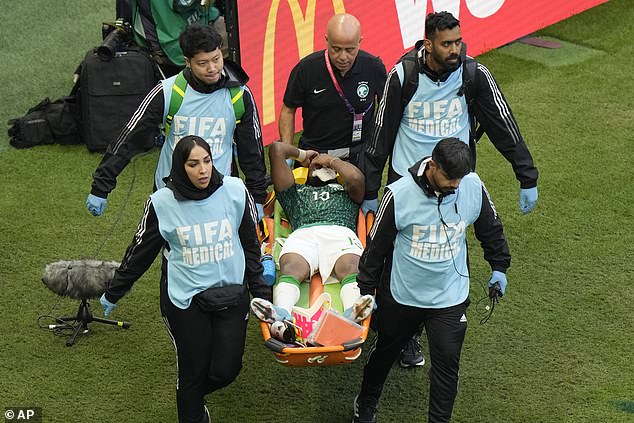 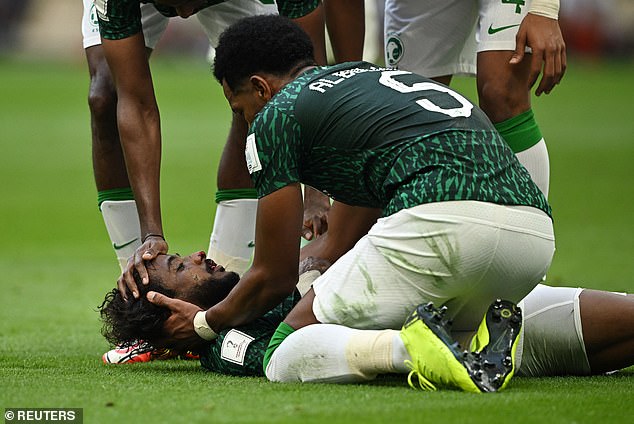 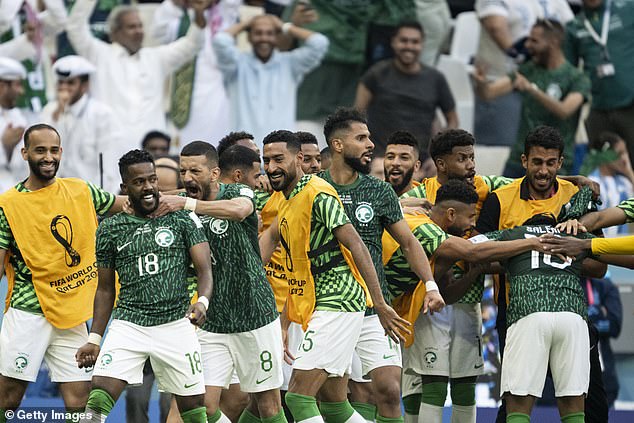 The offside decisions appeared to give Saudi Arabia confidence as they came out of the break flying against the South American nation – one of the favourites to win the tournament in Qatar.

Goals from Saleh Alsehri and Salem Aldawsari inside the opening eight minutes of the second-half led to Saudi Arabia taking a historic victory – their first in the tournament since 1994.

The incident happened just one day after another collision led to a ten-minute delay during England’s clash with Iran.

Iran goalkeeper Alireza Beiranvand and team-mate Majid Hosseini clashed heads in the eighth minute of the game as they smashed into each other when trying to clear a Harry Kane cross.

Bizarrely, both players continued, before Beiranvand collapsed again, unable to continue, and had to be substituted in the 18th minute.

He was taken off on a stretcher with hands on his head. He was replaced by deputy goalkeeper Hossein Hosseini. 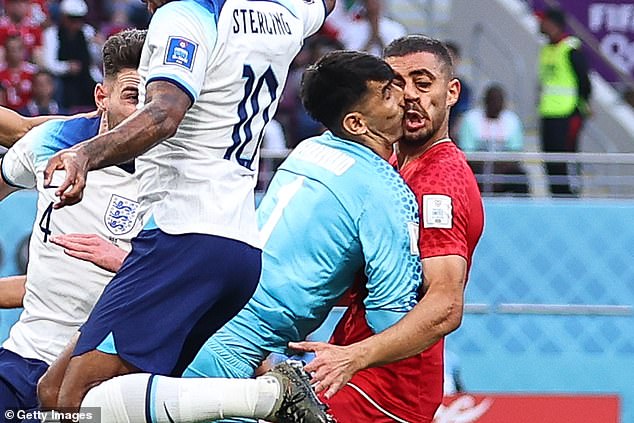