MAURIZIO SARRI is reportedly 'happy to be sacked' by Chelsea following a miserable start to life in the Premier League.

The Italian has failed to win over the Blues fans since replacing Antonio Conte at Stamford Bridge, with the club in danger of missing out on the Champions League places. 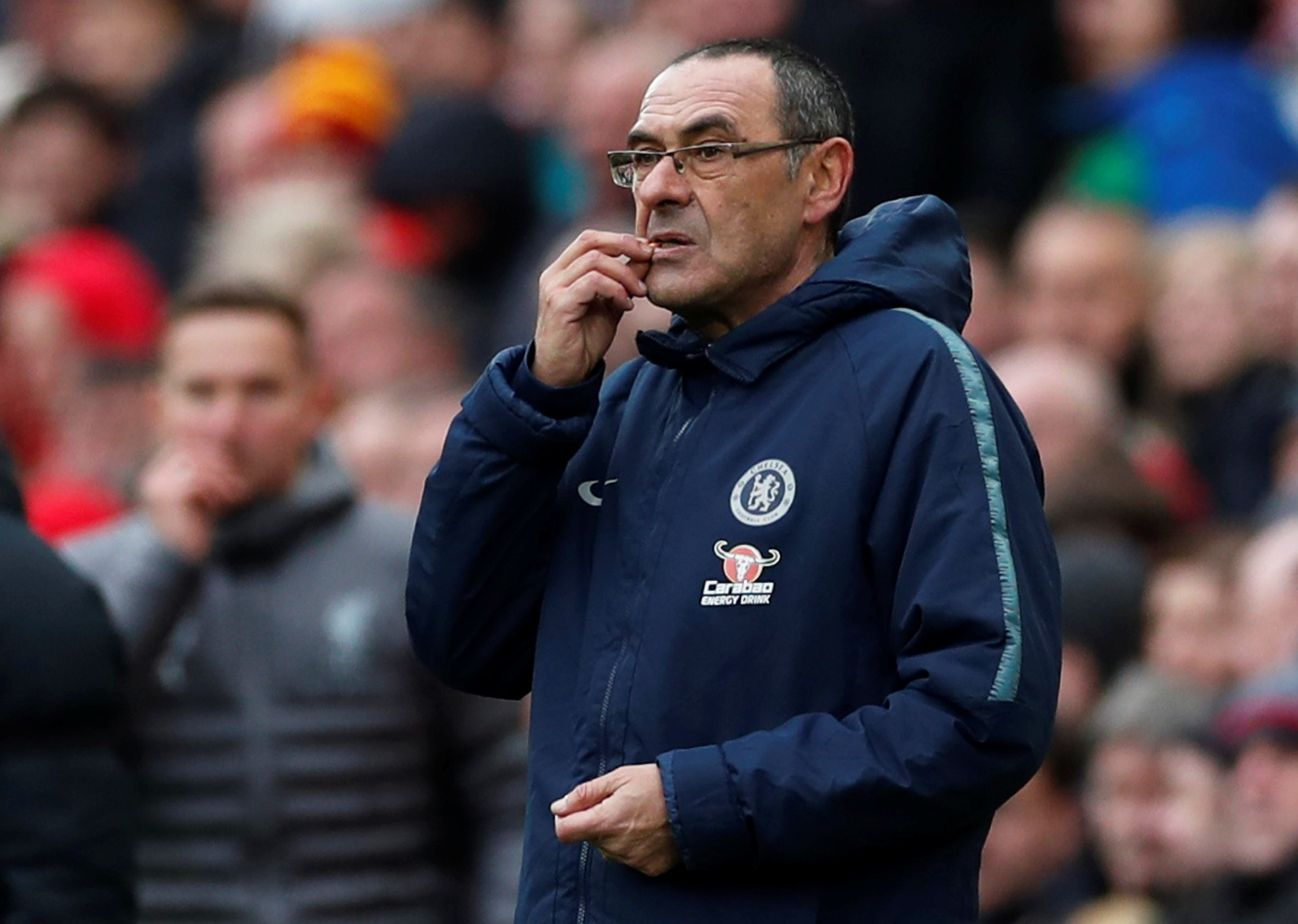 Chelsea currently sit fifth in the table with four games to play following the 2-0 defeat against Liverpool, and they still must face both Manchester United and Leicester away.

Chants of "f*** Sarriball" and "Sarri out" have been heard at a number of games this season, with the West London side even holding talks on his future in February.

Roma are understood to be keen on hiring Sarri at the end of the season, with director Franco Baldini identifying the 60-year-old as the perfect candidate to succeed Claudio Ranieri.

According to journalist Duncan Castles, the ex-Napoli gaffer is fed up at Chelsea, and doesn't like the fact he has no say in who the club signs.

A notable example of that is when Christian Pulisic agreed a transfer in January, with Sarri insisting he had no idea he was joining.

Speaking on the Transfer Window Podcast, Castles said: "I have been informed by a couple of sources that Sarri is not against being sacked by Chelsea.

“He’s not enjoying his time in London, he’s not enjoying working at the club, he finds the distance between himself and the ownership immense and feels he has no proper say in the transfer market.

“His argument is the way he plays football is fine, it’s merely an issue with personnel – if he had better personnel the results would be better – to the point where he would be happy to lose his job."

Before adding: "But what I’m told by more than one person is he will not resist if Chelsea decide to dismiss him and would quite happily accept his severance cheque and then take one of the bigger jobs in Serie A and return to his home country."

Sarri is looking to guide Chelsea into the Europa League semi-finals with the club holding a 1-0 lead against Slavia Prague heading into Thursday's second leg.