SALE have been caught up in a huge racism storm after EIGHT of their South African stars did not take a knee.

South Africa’s Sports Minister Nathi Mthethwa is demanding action be taken against the eight following the incident before last Friday’s game at Harlequins. 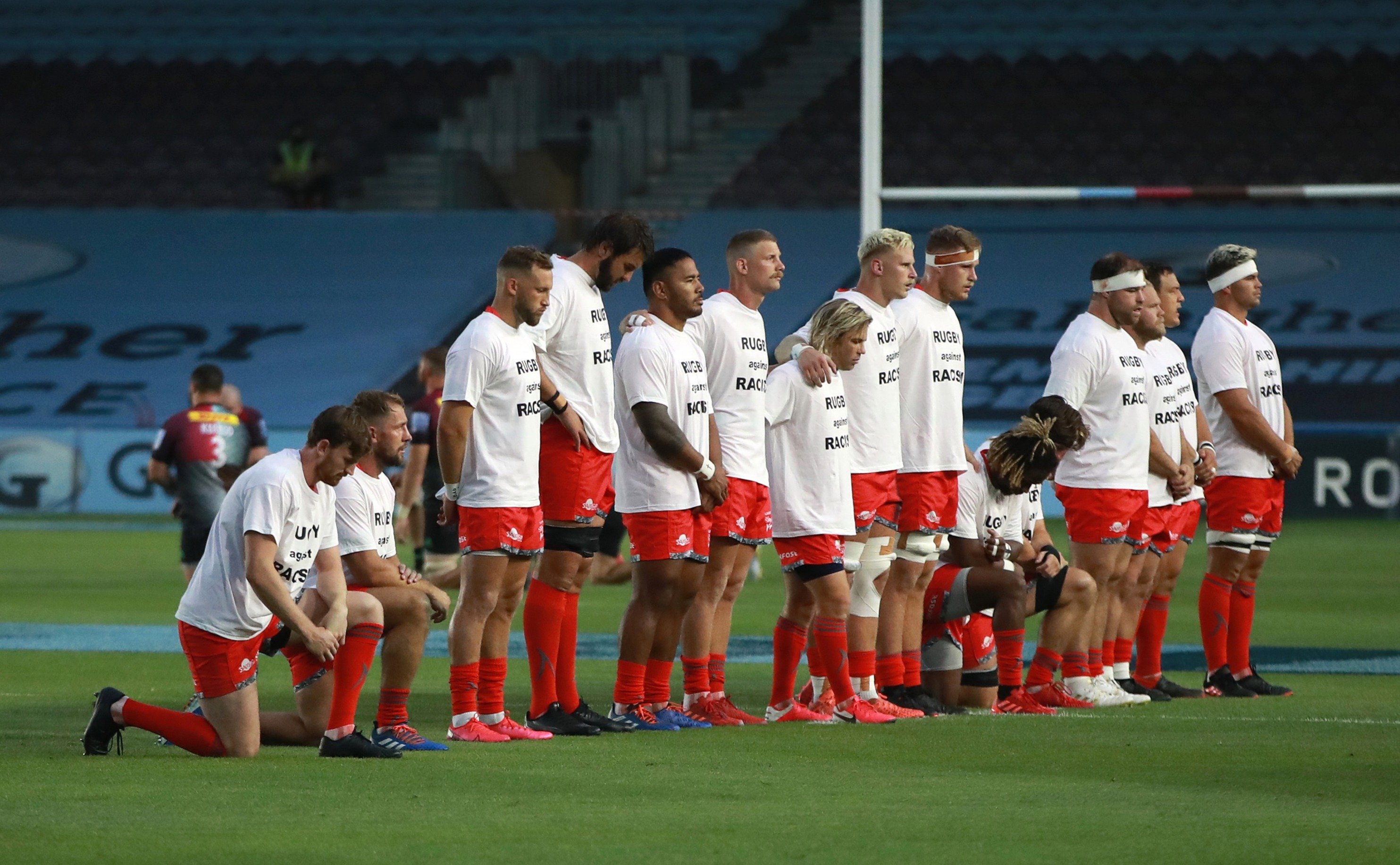 That is despite Sale’s entire squad lining up at The Stoop wearing Rugby Against Racism T-shirts.

Mthethwa fumed: “You must remember we were together at the World Cup in Japan as a country, with some of the players.

“And one thing which cannot be tolerated is when somebody is displaying racist behaviour and showing racist attitude.

“The Black Lives Movement is important because the rot and the pain has been faced by black players here in South Africa.

“Racism is no longer in the statute books but some are practising it covertly and we will hunt them down because we know the pain that is caused by this cancer called racism.”

Some are practising racism covertly and we will hunt them down because we know the pain that is caused by this cancer.

And Mthethwa added: “We do not want to jump the gun on the specific matter of the South African players in England who didn’t kneel in support of BLM but we want to understand what’s happening and what is the position of SA Rugby in this whole thing.

“We noted they were wearing t-shirts which support BLM but they did not kneel.

“Upon seeing this‚ I interacted with SA Rugby president Mark Alexander and asked him to explain what’s happening so that we are on the same wavelength.

“He did say they are going to have their own meeting and will make their views known.”

However, Sale boss Steve Diamond called the row “a storm in a tea cup” and insisted it was up to his  players  whether   they took a knee.

He said: “There were four of our lot who took the knee but that’s their entitlement. It will be a storm in a tea cup. We all wore the rugby against racism t-shirts.”