The Reds' front-three have terrorised defences all over Europe since they first came together in the summer of 2017. 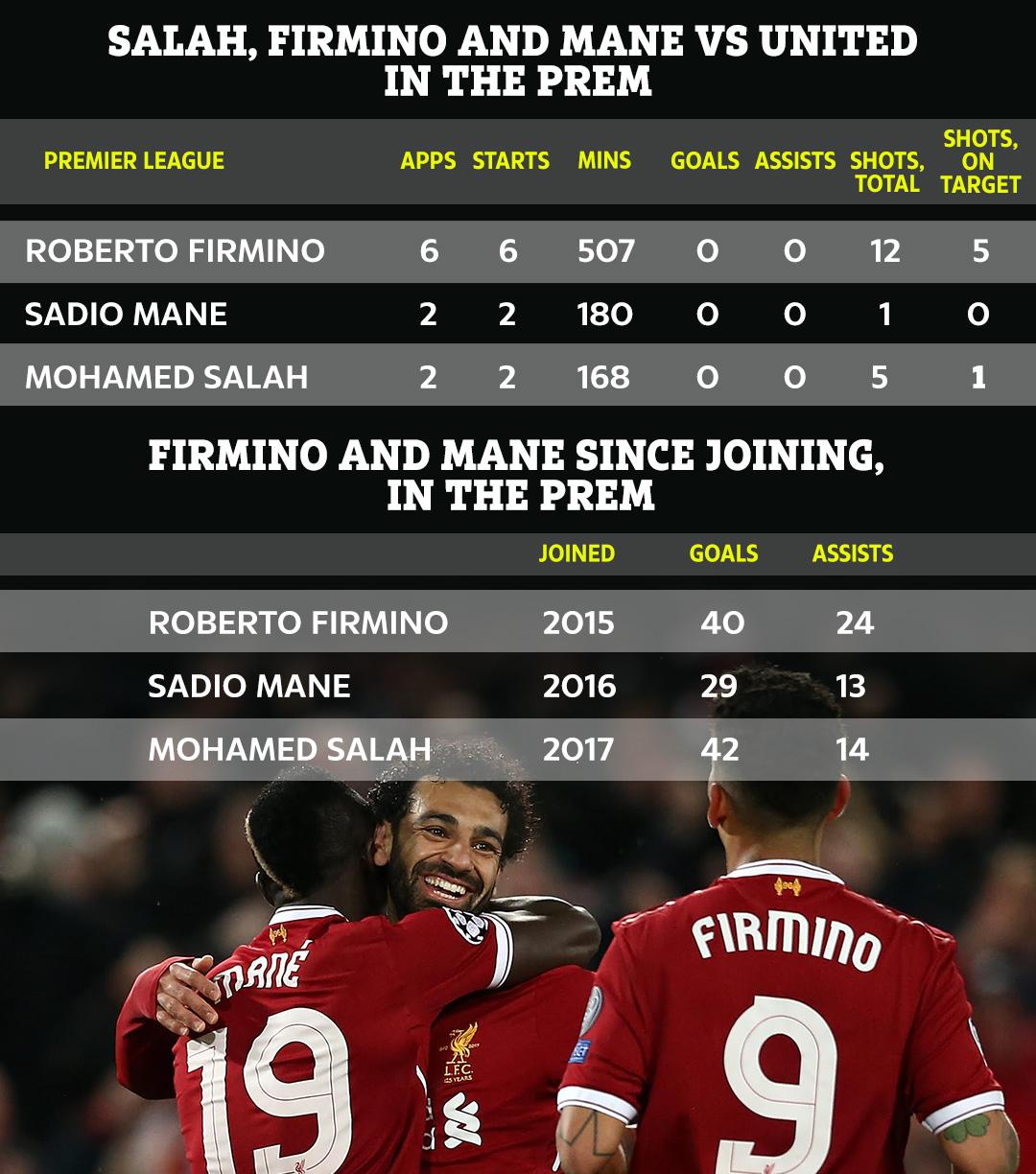 However, while they've ripped the likes of Manchester City and Paris Saint-Germain to shreds, they've flopped massively when going up against their fiercest rivals.

In fact, NONE of the front-three have scored or assisted on a single Premier League goal against Man United – in 855 minutes of action.

Firmino was the first forward to join – in 2015 from Hoffenheim – but has made six starts and played 507 minutes to no avail. 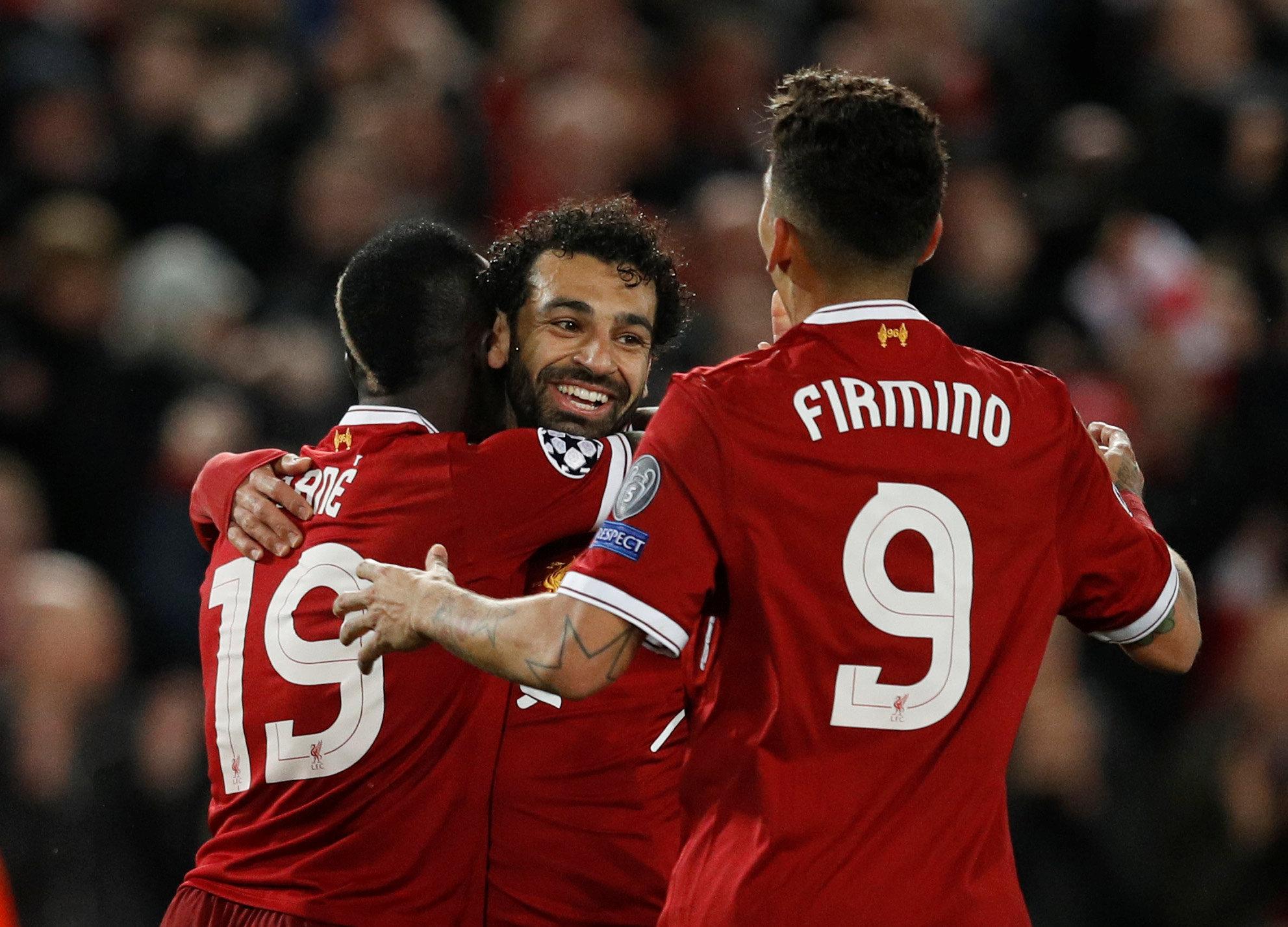 Mane has played 180 minutes form two starts, mustering just a single shot – an off-target one at that.

Salah has only played 168 Prem minutes against United, but failed to trouble the scorers, hitting the target just once.

The Egyptian has been in red-hot form lately, scoring the vital winner in the midweek win over Napoli at Anfield – on the back of his Bournemouth hat-trick at the weekend.

All in all, Salah has contributed 56 goals in the Premier League, while Firmino and Mane have added 64 and 42 respectively. 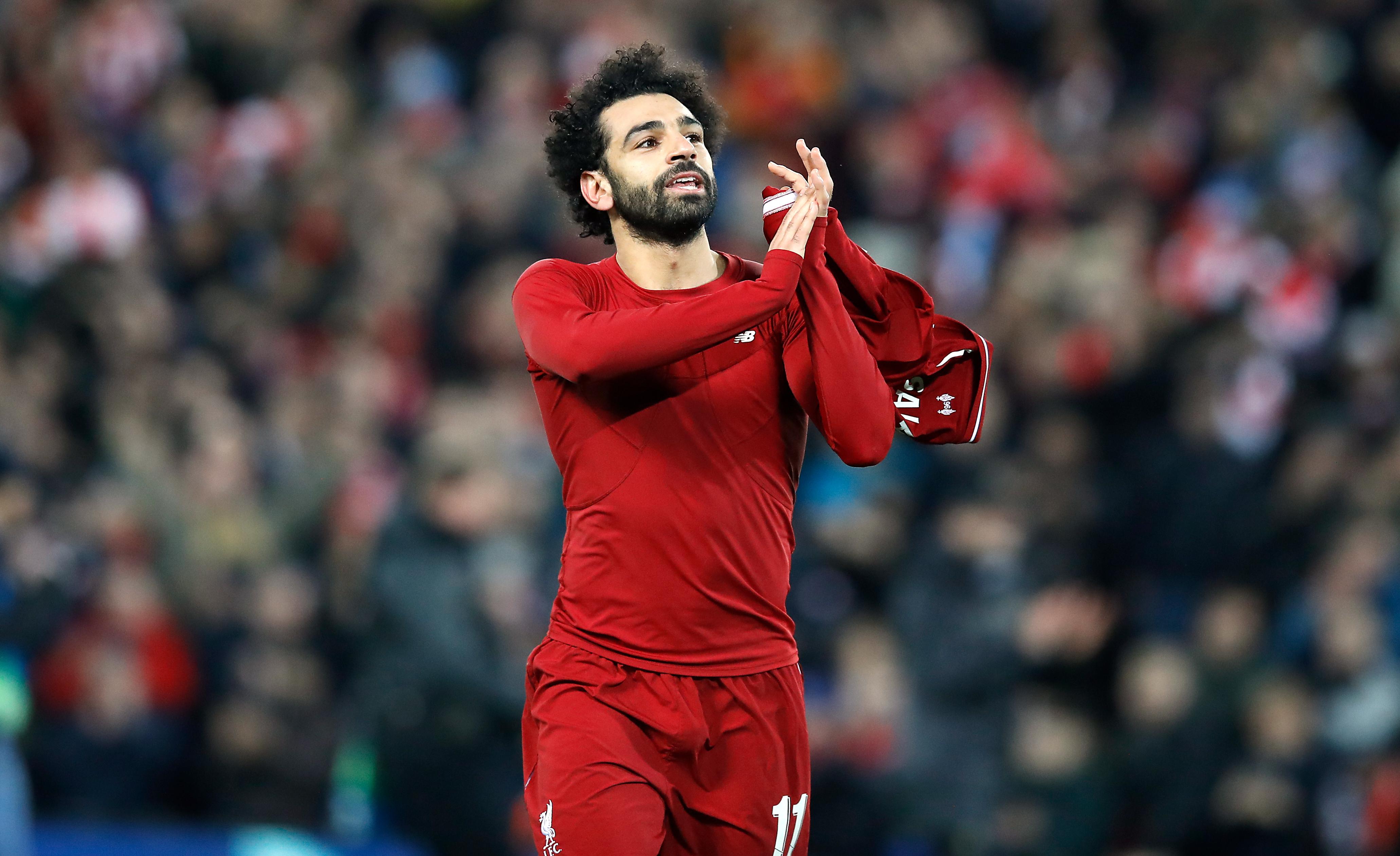 But they'll need to find a way to break past United – a team Liverpool have struggled against in recent seasons, with ZERO wins since Firmino joined in 2015.

However, Liverpool will arguably never have a better chance on current form.

Jurgen Klopp's Reds sit top of the Premier League after a blistering, unbeaten start to the season, while United sit 16 points adrift in sixth.

Regardless, there's no doubting Liverpool will need at least one of their biggest stars to fire at Anfield to have a chance of winning…