Here are your FOX Business Flash top headlines for March 25.

SailGP, the global league co-founded by software tycoon Larry Ellison, could have a team owned and operated by cryptocurrency enthusiasts as soon as the start of its fourth season in late 2023.

SailGP announced a multi-year partnership Thursday with blockchain development platform NEAR that will allow sailing and cryptocurrency fans to engage with their favorite teams and athletes in new ways.

SailGP features most of the world’s top sailors, including America’s Cup winners and Olympic gold medalists, who race aboard wingsailed, 50-foot catamarans that can reach 60 mph while skimming above the waves on hydrofoils. SailGP will expand from eight to 10 national teams for its third season.

While the agreement with NEAR is expected to have many benefits for fans, including NFTs, the highlight would be ownership of a sailing team by a community of token-holders known as a DAO, or decentralized autonomous organization.

The SailGP DAO would differ from traditional sports team structures in which a single owner or a small group calls the shots, said SailGP co-founder Russell Coutts and NEAR Foundation CEO Marieke Flament. The DAO could involve people from all over the world who vote on everything from the management structure to the length of the skipper’s contract and could even decide whether there should be a woman steering the boat.

"That’s in some ways why this is so exciting," Coutts said in a video interview. "This is groundbreaking technology, a groundbreaking initiative. We don’t believe it’s been done before, especially on this scale. And when you think about it, with our events being all over the world, as well, we’re not just in one particular territory. That’s of interest as well."

CRYPTO FOR UKRAINE PROVIDES A FLOW OF WAR-RELATED ASSISTANCE

Coutts, a New Zealander who has won the America’s Cup five times, said he expects a DAO would attract more than just sailors. "I think sports fans, racing fans, businesspeople, tech people … you can imagine this being a very diverse group of people and they would probably feed off each other’s skills," Coutts said. "The whole concept of, ‘Hey, we’d like to have a say in what’s going on,’ that will appeal to a lot of people out there." 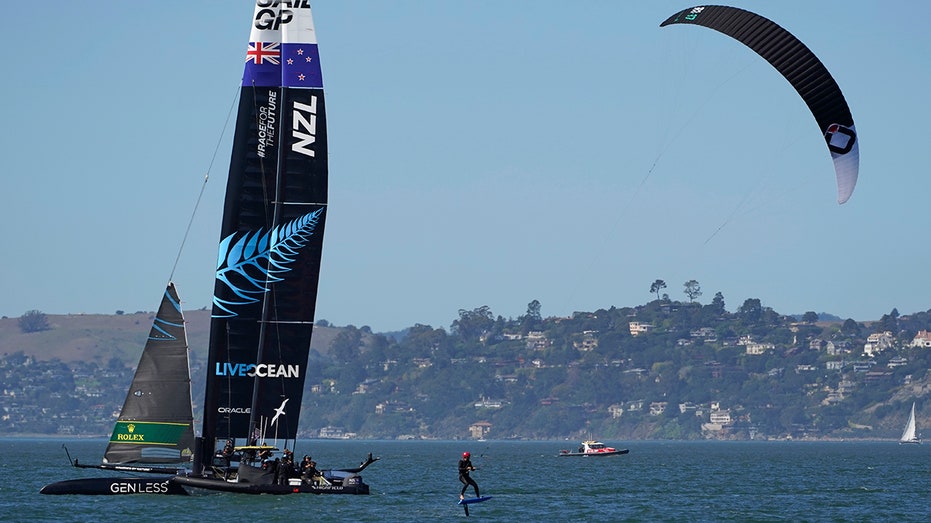 Coutts said a DAO would have to be viable enough for SailGP to sell it a position as a team operator.

Coutts and Ellison, the co-founder of Oracle Corp., started SailGP after their two-time defending champion Oracle Team USA was routed by Emirates Team New Zealand in the 2017 America’s Cup. They re-engineered the 50-foot catamarans used in that regatta and formed an annual circuit with regattas around the world.

Tom Slingsby, an Olympic gold medalist and former America’s Cup champion, steered Team Australia to the inaugural championship and $1 million prize in 2019. Slingsby and Team USA skipper Jimmy Spithill, a two-time America’s Cup winner, have qualified for Sunday’s $1 million, winner-take-all race that will decide the pandemic-delayed Season 2 championship. The final spot will be determined by five fleet races this weekend. 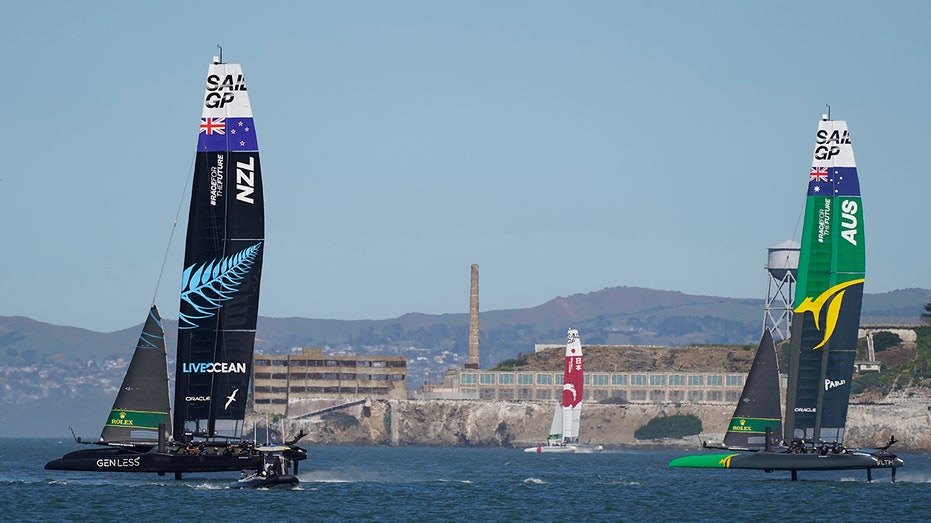 For Season 2, SailGP has been using Oracle Stream Analytics to provide real-time race metrics that are available to the sailors as well as fans watching on TV or online.

Coutts said one reason for partnering with NEAR is that it’s carbon-neutral, which fits the league’s goal of being environmentally responsible.

Flament said NEAR was looking for a partner "who was willing to innovate, and when I look at SailGP and the amount of data and innovation and what’s being done with that, I think it’s amazing. There’s an openness to doing new things and trying new things."