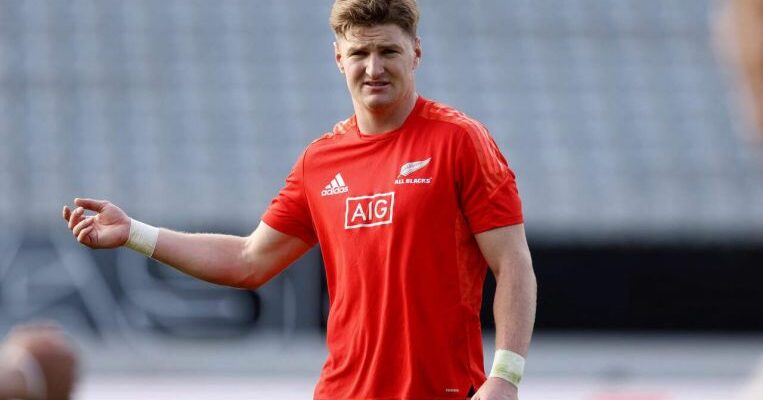 MELBOURNE (REUTERS) – All Blacks full-back Jordie Barrett is free to play in the Rugby Championship after his red card for a boot to the face of Australia winger Marika Koroibete was dismissed by a judiciary panel.

Barrett was sent off after making contact with Koroibete while jumping to catch a high ball in the 38-21 win over Australia at Perth Stadium on Sunday (Sept 5) that wrapped up a 3-0 sweep in this year’s Bledisloe Cup series.

Governing body Sanzaar’s judicial hearing ruled that the contact was inadvertent while Barrett lost his balance in the air.

“With no intent to lash out, the hearing cleared him of wrongdoing and removed the red card from his record,” Sanzaar said in a statement on Tuesday (Sept 7).

That frees Barrett for Sunday’s match against Argentina on the Gold Coast as the All Blacks look for a third successive win in the competition.

“I’m just rapt with the outcome. They could see that I had no intent to hurt Marika in the game,” Barrett said in a video released by the All Blacks.

“Just super lucky to avoid sanction and excited for the week ahead.”

Match officials were criticised by players and pundits for issuing the red card, and All Blacks coach Ian Foster was quick to confirm the team would contest the charge.

The All Blacks brought in two expert biomechanists to give evidence during the hearing.

“This wasn’t a rubber-stamp situation at all – this was a very thorough and fair process that took a lot of preparation,” said assistant coach Brad Mooar.

“(Barrett) had a really good sleep last night. It’s a hell of a thing to be red-carded when you’re playing for your country, and he was devastated by that in the moment.”

The All Blacks may also be able to call on stand-in captain Ardie Savea and hooker Codie Taylor for Sunday’s Test, with both players showing no signs of concussion symptoms after coming off the pitch against Australia with head knocks.

“Both are doing well and at this point are asymptomatic and working through the process with those boxes being ticked,” said Mooar.