ROSE NAMAJUNAS gained revenge on Jessica Andrade as she gained the decision following an epic battle.

And the 28-year-old vowed to auction off her fighting gear afterwards to raise money for UFC make-up artist Suzy Friton’s cancer treatment. 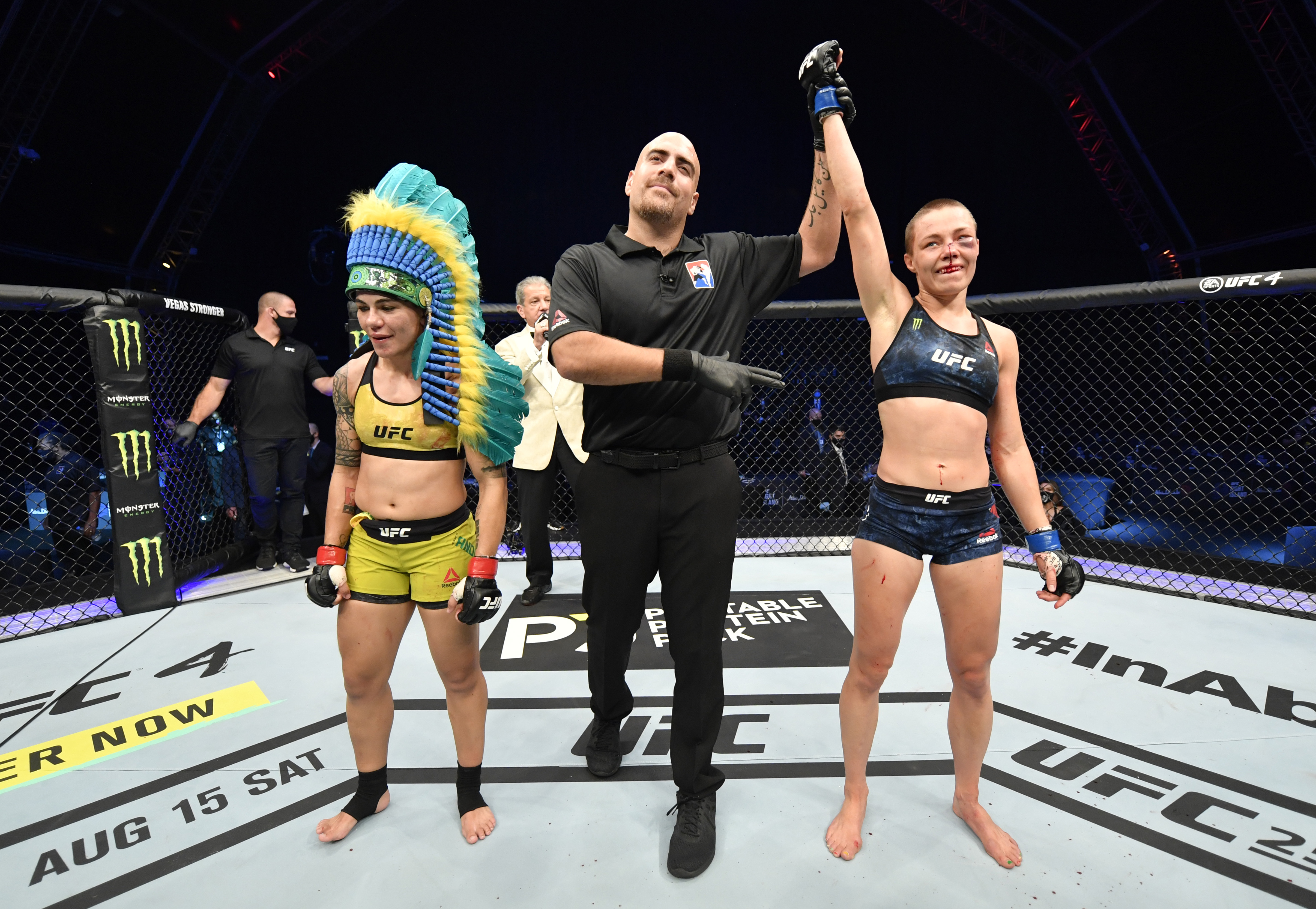 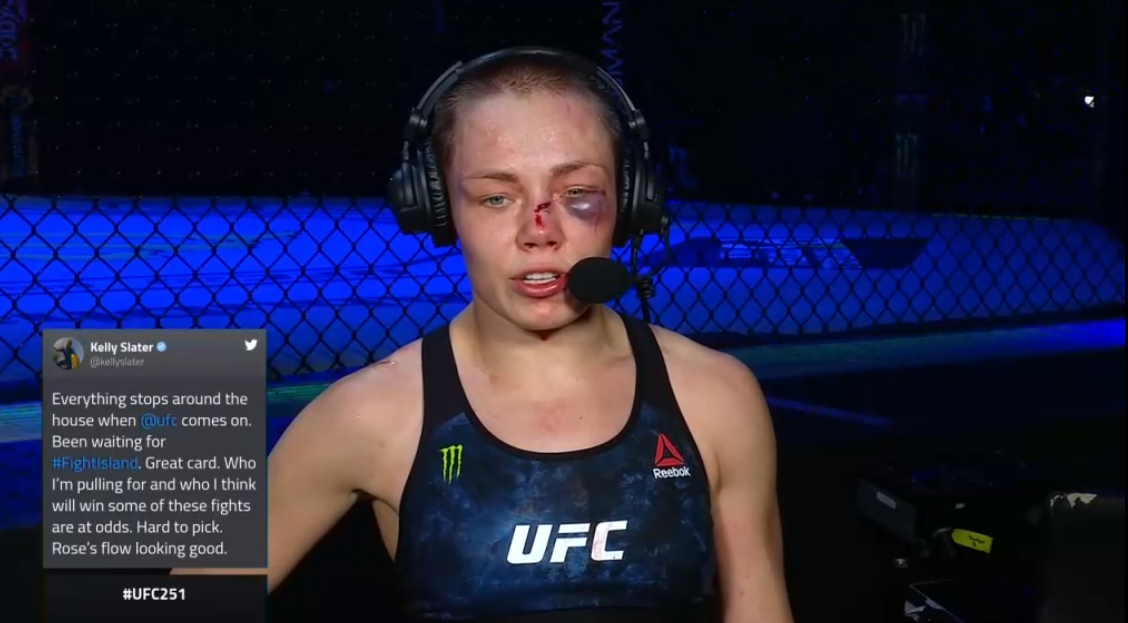 Back at UFC 237, Andrade took the strawweight title from Namajunas courtesy of a second round KO slam.

But fourteen months later Thug finally bounced back from that setback to claim victory at UFC 251.

Namajunas produced two stellar rounds and then showed great heart to withstand a furious onslaught in the third to get her hand raised.

Andrade threw everything at her rival, leaving Namajunas with nasty cut on her nose while her left eye was swollen shut.

And it looked bad for her when she was flung to the mat with a strong throw.

But Namajunas got back to her feet and survived the onslaught to get the win.

Namajunas said: “She went into desperation and started really unloading and she caught me a couple times, obviously. But I just stayed strong.”

Namajunas then promised to auction off her fighting gear to help popular UFC make-up Friton, who is battling stage four breast cancer.

UFC fighters including Jon Jones and Dustin Poirier have already made generous donations.

A GoFundMe page was started for Friton by Brittany Churchill, the wife of UFC light heavyweight contender Misha Cirkunov, on Wednesday.

And £92,000 has already been raised, with Jones giving just under eight grand himself.