Rory McIlroy gave it his best shot but it wasn’t enough to stop the U.S. from winning the Ryder Cup for the first time since 2016 on Sunday.

McIlroy wrapped up a victory during singles play over Xander Schauffele, finishing with one win in four of the events he participated in over the course of the weekend. Clearly upset, McIlroy was emotional when talking about his Ryder Cup performance. 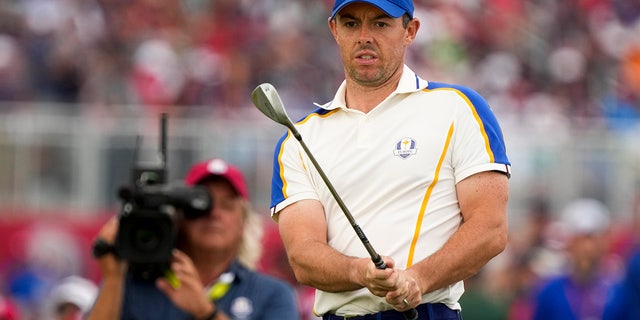 “I don’t think there’s any greater privilege to be a part of one of these teams, European or American. It’s an absolute privilege. I’ve got to do this six times, and they have always been the greatest experiences of my career.

“I have never really cried or got emotional over what I’ve done as an individual. I couldn’t give a s–. But this team, and what it feels like to be a part of, to see Sergio (Garcia) break records, to see Jon Rahm come into his own this week, to see one of my best friends — Shane Lowry — make his Ryder Cup debut.”

Morikawa clinched at least a half point that gave the U.S. the 14.5 points it needed to win the Ryder Cup.