RONALD KOEMAN is facing the sack at Barcelona following their 2-1 home defeat in El Clasico and has just three games to save his job.

According to reports, the Barcelona hierarchy will decide on Koeman's future based on the outcome of their next three games, with club legend Xavi lurking in the wings as a possible replacement. 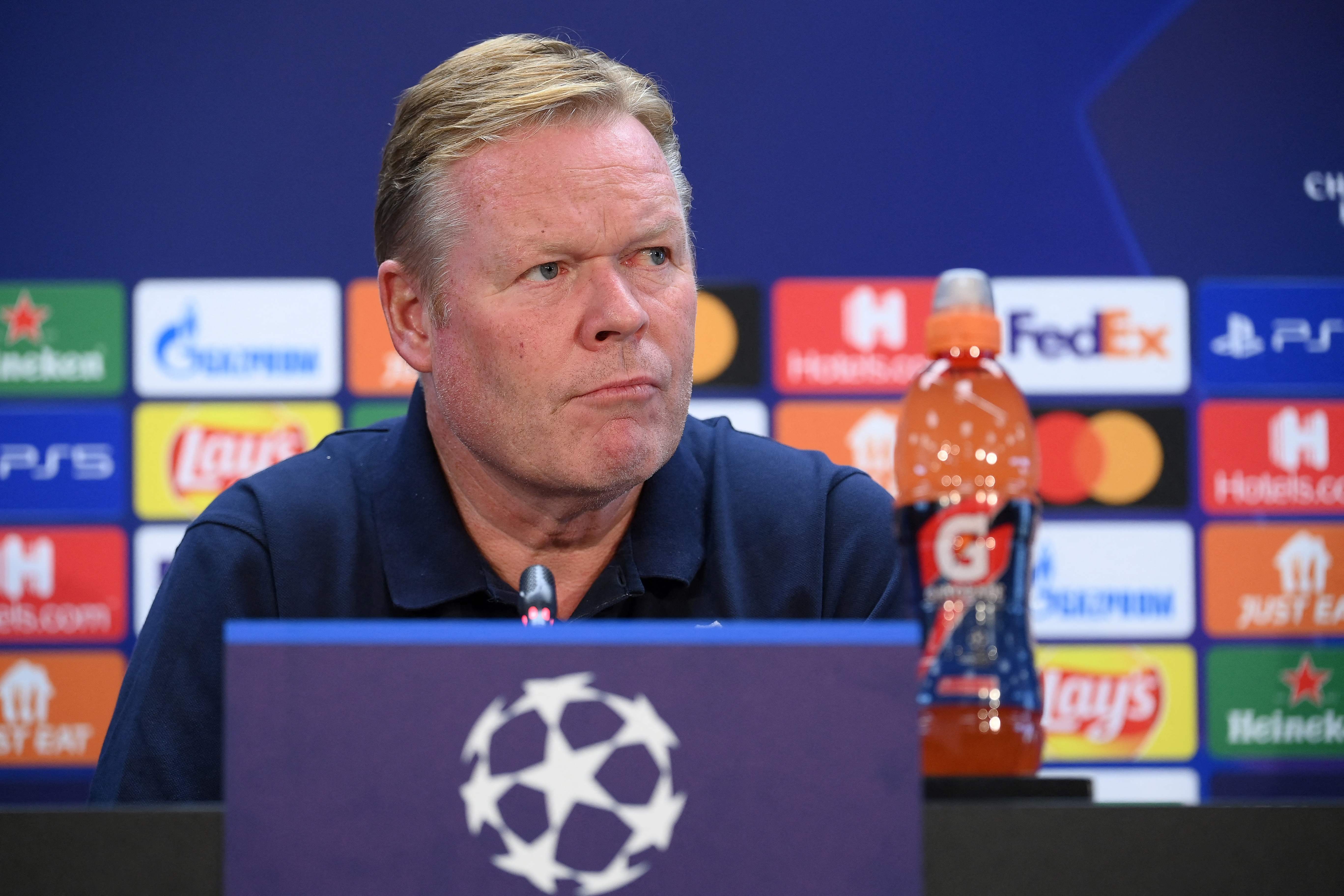 Koeman, 58, has come under huge pressure at the Nou Camp following Barca's poor start to the season, winning just three of their opening nine games in all competitions.

The Spanish giants bounced back with two much-needed wins against Valencia and Dynamo Kyiv, before they took on their old foes Real Madrid in El Clasico on Sunday.

Koeman had the opportunity to get Barca's season back on track and boost morale with a win against their traditional rivals, but they were ultimately beaten 2-1.

The loss meant that Barca slipped down to ninth, five points behind Carlo Ancelotti's Real Madrid, who are second in the league behind Real Sociedad after nine games.

Former Man City striker Sergio Aguero opened his Barca account with a late consolation in Sunday's defeat and could be in line to make his first league start for La Blaugrana tomorrow.

Though Dutch midfielder Frenkie De Jong received an injury setback when he was forced off with a hamstring problem, which will put him out of action for at least two games.

Barca have also condemned the 'violent mob' that attacked Ronald Koeman's car as he left the stadium following the defeat on Sunday.

A number of angry fans began banging on his car bonnet and windows and insulted him as he tried to make his escape through the crowd.

The club released a statement shortly afterwards, which read: "FC Barcelona publicly condemns the violent and disdainful acts that our manager experienced when leaving the Camp Nou.

"The club will take security and disciplinary measures so that such unfortunate events do not happen again."

Barca travel away to Rayo Vallecano tomorrow night before facing Alaves at home on Saturday, followed by a vital away trip to Dynamo Kyiv in the Champions League.

Their place in Europe's top club competition is hanging by a thread after they were beaten 3-0 by both Bayern Munich and Benfica in their opening two games.

And although their 1-0 victory against Dynamo Kyiv last week gave them hope, Barca will likely need to win at least two of their remaining three games to avoid slipping into the Europa League.