Robert MacIntyre makes his debut at The Masters this week

On the most bitter evenings, the shrieking wind and sideways rain used to drum against the house overlooking the 12th tee at Glencruitton Golf Club in perfect symphony. But even Oban’s finest torrent couldn’t keep Robert MacIntyre from venturing out to meet his father, Dougie, the greenskeeper, for a quick round at the end of the day. “It’s a par 62 and I’d be lucky if I hit three drivers but it was absolutely perfect,” he says. “We didn’t need flash practice facilities. We make the most out of whatever we’ve got.”

For MacIntyre, whose bullishness is disguised by a deadpan wit, a little has always gone a long way. From the small coastal town, he has soared to No 45 in the world rankings, aided by a fearless approach, exquisite short game and subtle putting stroke honed by Glencruitton’s unforgiving conditions. Last month, he halved his match against Dustin Johnson, the world’s best player and defending champion at Augusta this week, yet was still left irked at having let a two-shot lead slip. “It gave me the feeling of ‘right, I can compete here’,” he says. “I’ve played in big events, I know what it’s about, the players I’m up against, the level. I’m not just making up the numbers, I’m here to challenge and see where we end up. That’s the way I like to play golf, you play to win. We didn’t come here to finish in a certain position, you put everything on the line.”

If the 24-year-old’s ambition seems unrestrained, it is hardly a peril of inexperience. A prodigious amateur, he won two Scottish championships before an electric performance at the 2017 Walker Cup, thrashing Cameron Champ – now a two-time PGA Tour winner – 6&4 in their singles match. But it was in his first appearance in a major, at The 2019 Open in Portrush, that MacIntyre’s career truly exploded into life, soldiering through familiarly treacherous weather to finish in a remarkable tie for sixth place. “I can remember it like it was yesterday,” he says. “I could remind you of every golf shot I hit that week. I’ll never forget it.”

Yet, to understand MacIntyre, you quickly realise his roots in Oban are still very much dictating the rise. During his rookie season on the European Tour, when the rigours and relentlessness of life on the road began to take its toll, he returned home to relight the fire. Hardly one to sit still, instead, he spent three weeks playing shinty, an unforgiving, rough-and-tumble cross between hurling and field hockey. His father, a great player in his own right, coaches Oban Celtic and, for MacIntyre, it acted as a form of full-combat therapy.

“I still go to training now,” he says. “Outsiders have said I should stop but they don’t understand me as a person. Shinty has been in my blood for generations and always will be. When I had that rough patch in my first season, it’s only the people close to me who realised how it bettered my mind. I came back to being Bob MacIntyre. I began enjoying golf again.” 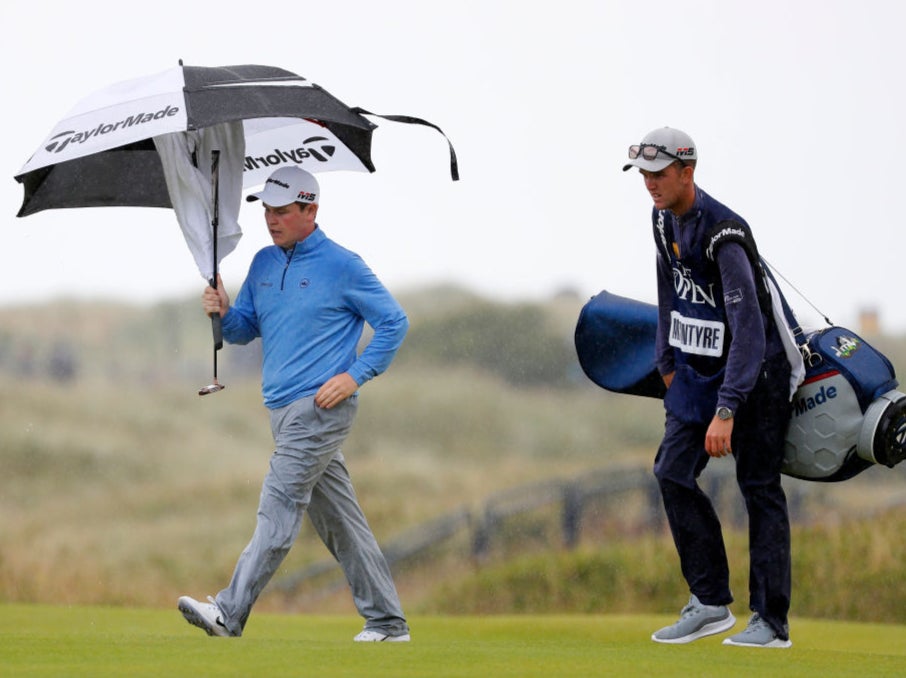 That need for an escape, a desire not to lose himself in golf completely, has remained even as MacIntyre’s career has flourished. It’s not a lack of sacrifice or dedication but simply a means of preserving the sense of freedom he always felt growing up. “I’m not someone who is regimented, golf, golf golf,” he says. “I like to play shinty, I like to chill with my pals. I’m only 24, I’ve got to enjoy my life. It’s not like I’m married with kids.”

Ultimately, even for the best players in the world, there is more to life than golf itself. Throughout MacIntyre’s childhood in Oban, his family have cared for foster children and their presence has always provided a reality check when the sport’s frustrations and fickle nature has become all-consuming. “It’s part of our family beliefs,” he says. “My mum especially, she’ll help anybody. We could be in Georgia, where we don’t know anyone, and if someone had a flat tyre she’d go out and help. It’s what we do and having the foster boys is a realisation of what you’ve got. I’ve been brought up with my full family, it makes you realise that a bad day on the golf course isn’t anything compared to what a lot of people have to go through, so it’s about trying to enjoy it. It’s tough at times, it’s not easy to stay positive, I get angry and I get upset but it’s about, when you finish, learning to clean the slate and go again.”

When they were growing up together, the boys would often play rounds at Augusta on Tiger Woods’ PGA Tour video game for hours on end. In a howling gale at Glencruitton, MacIntyre would dream up putts to win the year’s first major. It used to be a figment of his distant imagination. Now, the reality does not feel so far from home. “If I’m not nervous, then there’s something wrong,” he says. “The knees won’t be knocking but the belly will be going and there’ll be the tingling in the hands. It’s going to be a great feeling. It’s not something that I’m scared of. You dream of playing The Masters and playing at Augusta. I’m getting to do both.”