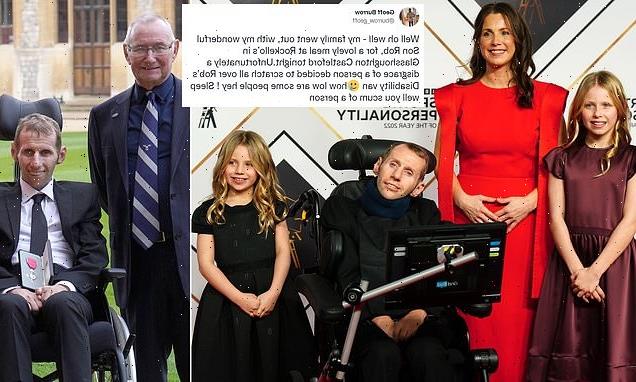 ‘Sleep well you SCUM of a person’: Rob Burrow’s dad hits out at vandals after they scratch ex-rugby league star and MND charity fundraiser’s wheelchair-accessible van in Castleford while they were out for a Christmas meal

Rob Burrow’s dad has reacted furiously after the rugby league icon’s wheelchair-accessible van was vandalised in Castleford on Friday night.

Rob, 40, has Motor Neurone Disease and is a fundraiser for others with the condition. He was made an MBE in the 2021 New Years Honours List for his services to the sport and the MND community.

But the Leeds legend’s van was scratched up while his family were out for a Christmas meal in West Yorkshire, according to his father, who posted on Twitter about the harrowing incident. 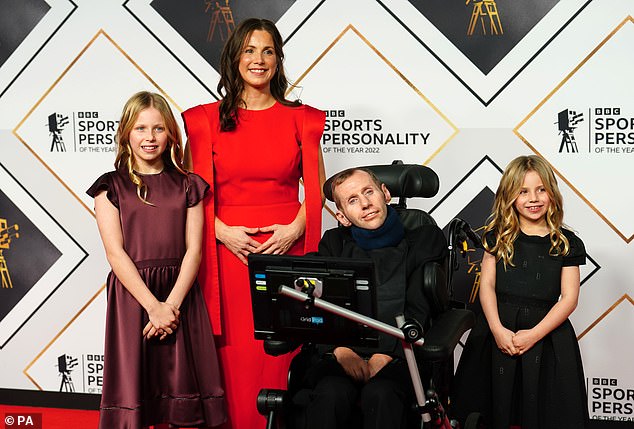 Geoff Burrow, the father of rugby league legend Rob (second right), has hit out at ‘scum’ who vandalised his son’s wheelchair-accessible van as the family ate a Christmas meal on Friday 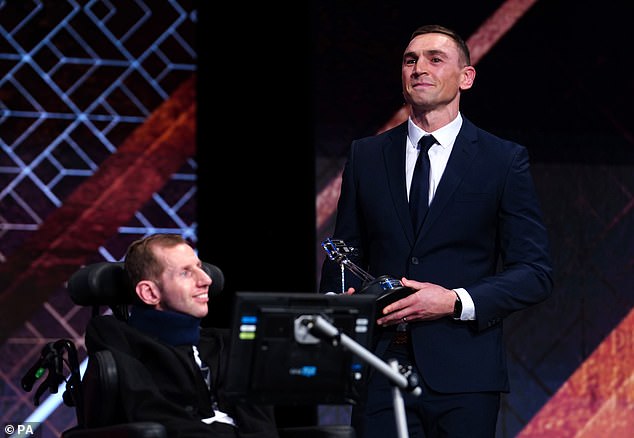 Burrow attended BBC Sports Personality of the Year as friend Kevin Sinfield (right) was given the BBC Special Award for his fundraising for Motor Neurone Disease, which affects Rob

Geoff Burrow said: ‘Unfortunately a disgrace of a person decided to scratch all over Rob’s disability van.

‘How low are some people hey! Sleep well you scum of a person.’

Burrow’s family had been eating out on Friday evening at the Rockello restaurant, which generally offers British cuisine, in Glasshoughton.

The BBC report that West Yorkshire Police have been approached for comment. 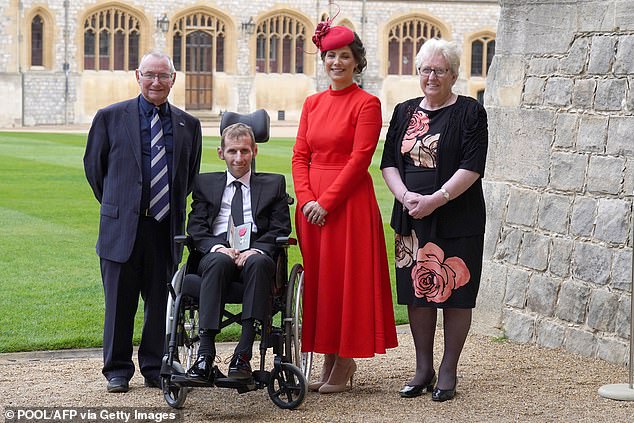 Burrow attended the BBC Sports Personality of the Year award ceremony on Wednesday as friend and former Leeds team-mate Kevin Sinfield was given the BBC Special Award for his fundraising for MND. Burrow won the Helen Rollason Award.

At the event, he said: ‘I’m inspired to keep going by my friend Kevin Sinfield, the guy who makes the impossible possible, and my family as a whole who have put their family on hold to care for me.

‘Especially my beautiful wide Lindsey and my amazing kids. Lindsey did not expect to sign up for this but she puts me first and foremost.

‘I’m not here without her sacrifice. Lastly, this is for all the MND warriors out there, we will not stop with finding a cure. Thanks for your help.’