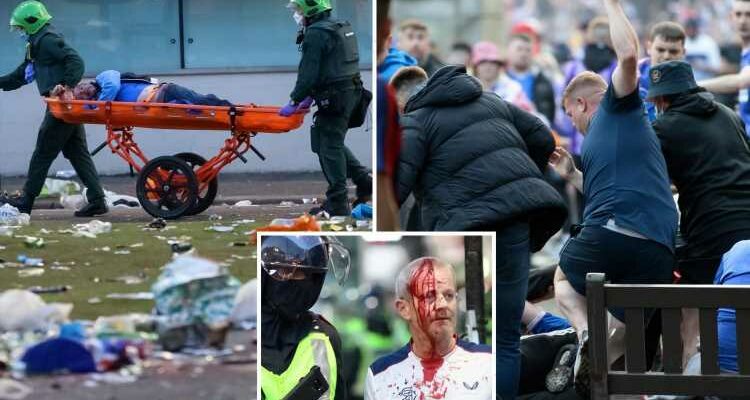 RANGERS fans were seen fighting each other with bottles yesterday as they celebrated their Scottish Premiership win.

Riot police were called to George Square in Glasgow to break up the boozed-up Gers as Steven Gerrard's team lifted their first title in ten years. 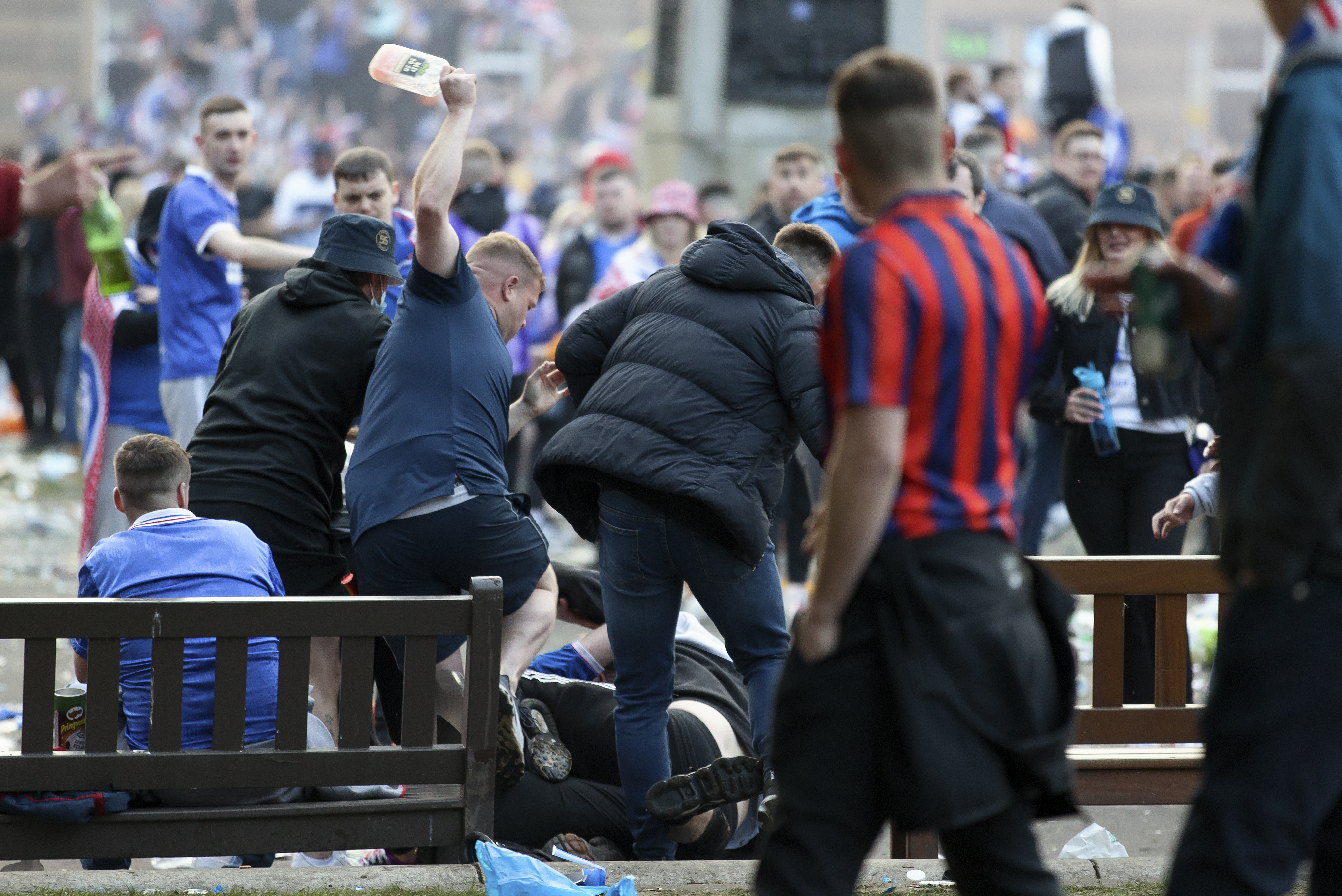 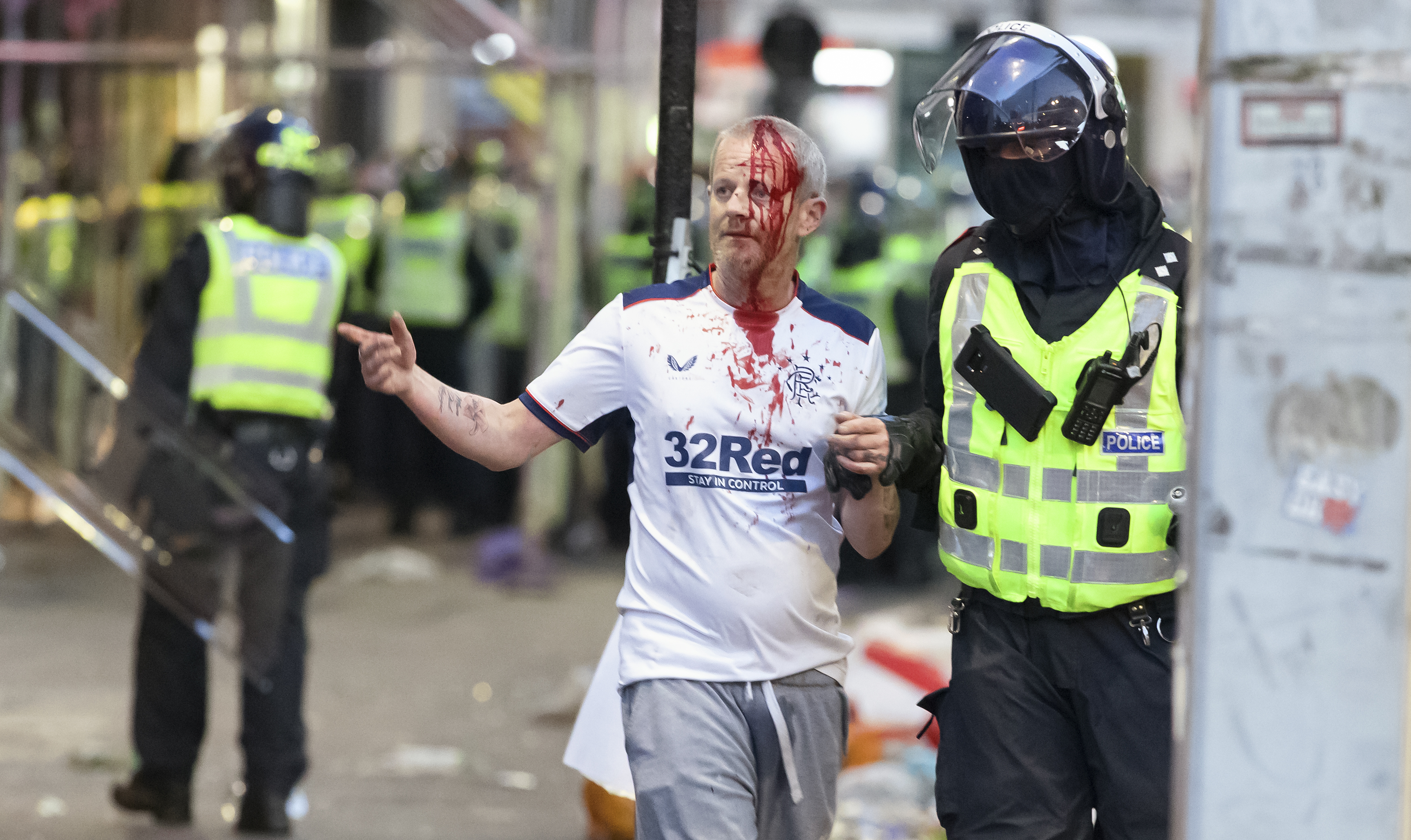 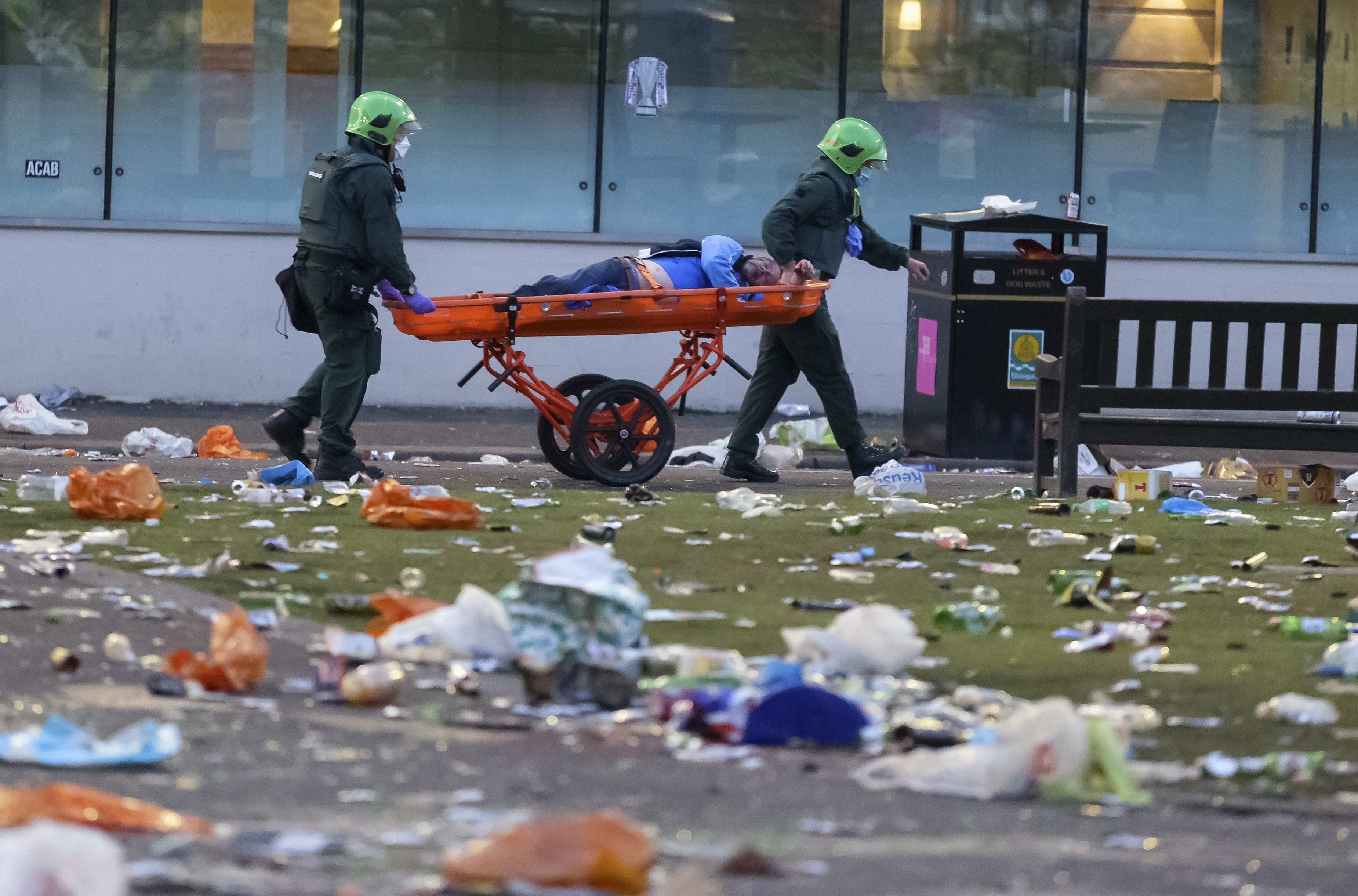 Thousands of fans gathered outside of Ibrox yesterday as Rangers defeated Aberdeen 4-0 in their final home game of the season.

As Gers players celebrated with the trophy inside the stadium, supporters partied outside – despite Scotland's Covid-19 restrictions.

The large crowd then travelled over the River Clyde to George Square later in the afternoon to continue the celebrations.

Fans let off fireworks and sang songs to mark the momentous occasion.

But events turned sour when a minority of fans began scrapping, most of whom were wearing Rangers colours and appeared to be intoxicated.

Images show men hitting each other with glass bottles and some being carrier away by paramedics. 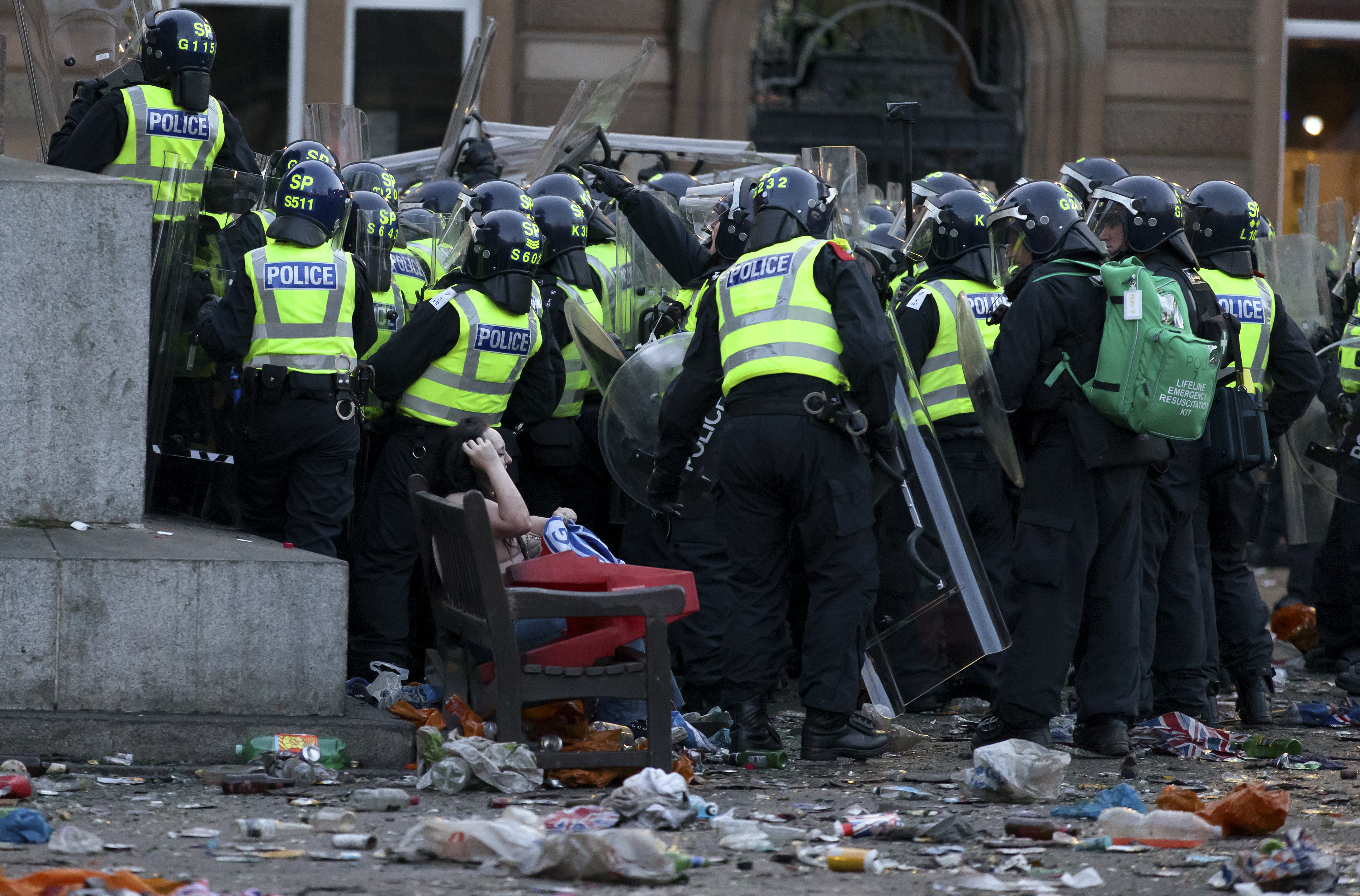 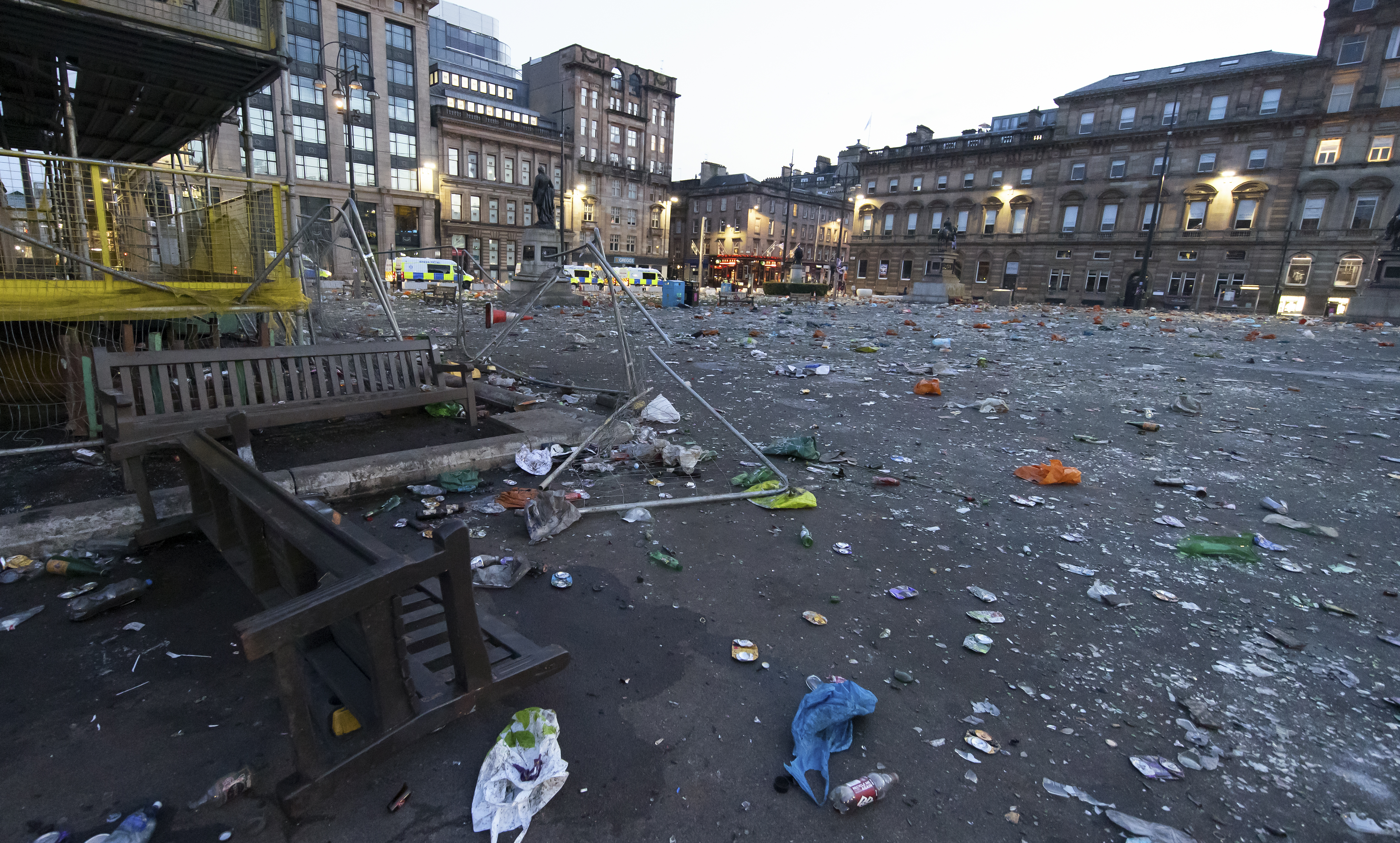 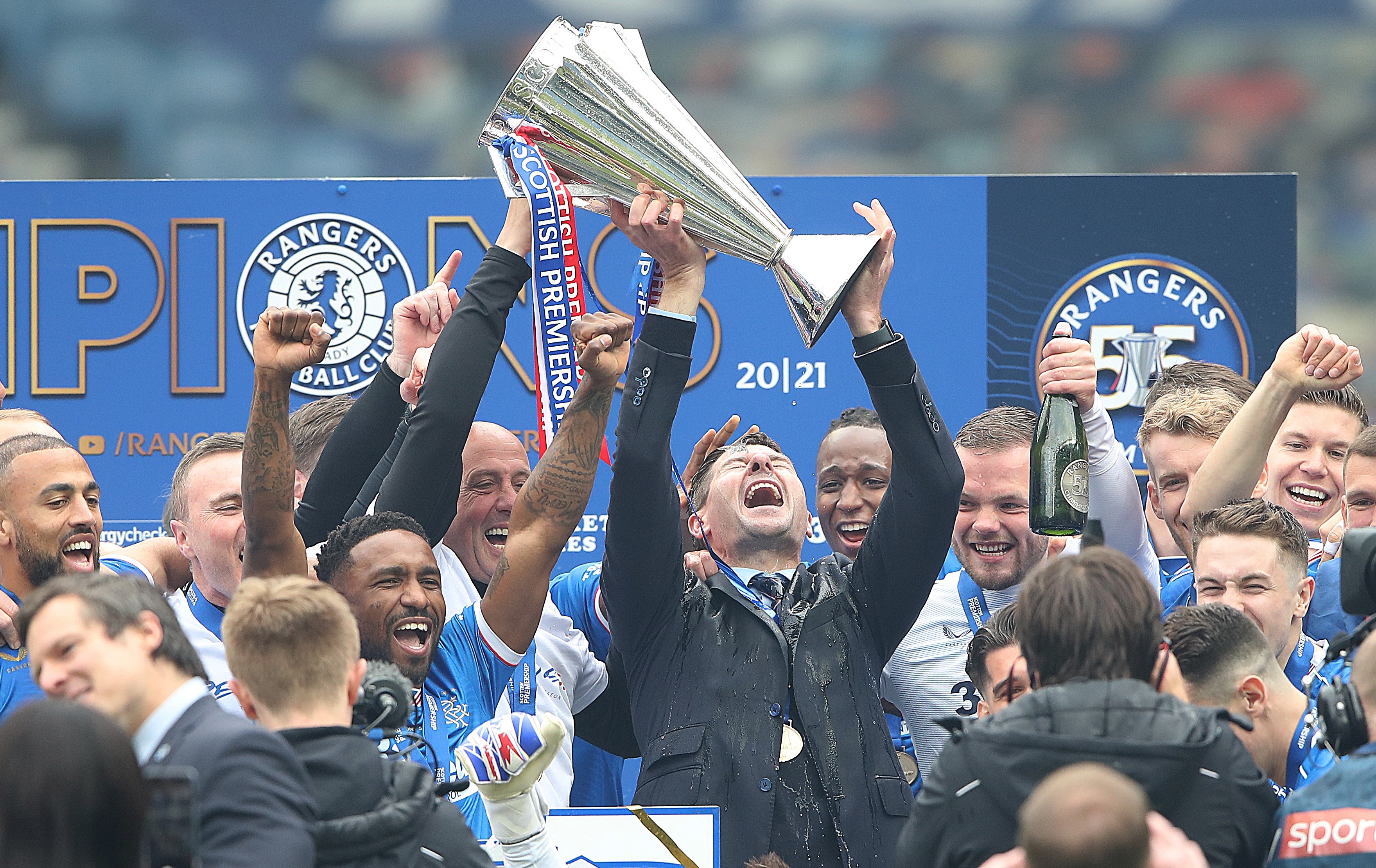 Riot police soon arrived to disperse the crowd and some arrests were made by Police Scotland.

But the biggest concern for chief superintendent Mark Sutherland – Police Scotland's divisional commander for Greater Glasgow – was the risk of Covid-19 spreading as a result of the celebrations.

He said: "Like all citizens of Glasgow we remain concerned about public health and the ongoing response to the pandemic, especially given the decision to keep Glasgow in level 3 restrictions.

"The Chief Constable has made it clear that people should take personal responsibility and do the right thing.

"Everyone should follow the rules to keep transmission down and I would again urge those gathered to disperse immediately."