SCOTTSDALE, Ariz. — Rickie Fowler had the lead heading into last year’s final round at the Phoenix Open, only to see the title slip through his grip for a second time.

He will have a big cushion in his third bid to win the championship after a stellar display of golf on Saturday. Fowler had eight birdies in a seven-under-par 64 at TPC Scottsdale to take a four-shot lead over Matt Kuchar into Sunday’s final round.

Fowler, 30, is seeking his fifth PGA Tour victory. He opened with four birdies in six holes and navigated a difficult two-putt on the par-4 18th hole to reach 20-under 193.

He held a one-stroke lead going into the 2018 final round here, but fell flat and shot 73 to finish six strokes behind the champion, Gary Woodland. Fowler also lost the Phoenix Open in a playoff in 2016.

Kuchar shot a bogey-free 65 to put himself in position for his third victory of the wraparound PGA season. He has shot par or better in all 19 rounds this season, winning the Mayakoba Classic and Sony.

Justin Thomas, who started one off the lead at the start of the day, shot 65 and was five back of Fowler, his friend and his roommate during the tournament. 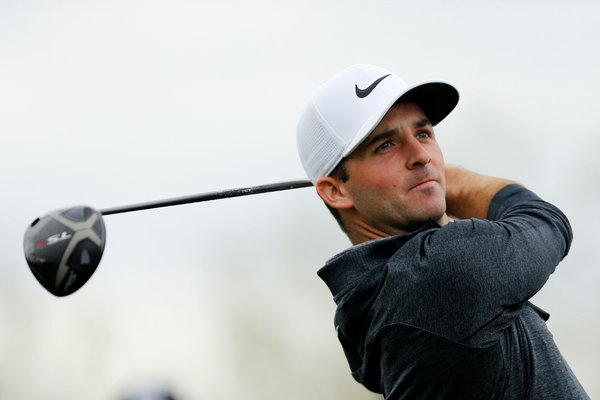 Also on Saturday, the PGA Tour reversed a two-stroke penalty that was assessed against Denny McCarthy on Friday for a violation of one of the many new rules introduced in golf this year.

Caddies are no longer allowed to stand behind players as they line up shots that are not on the green. In the second round, McCarthy was penalized after his caddie briefly stood behind him to discuss a shot at No. 15. McCarthy did not address the ball and backed off to line up his shot after his caddie stepped away.

After a review of the interaction, the PGA Tour, with support from the United States Golf Association, changed McCarthy’s 67 to a 65. After shooting a 71 in the third round, he was eight under for the tournament.

“We saw the video many, many times and we just felt like we needed to look at it a little more with the interpretation,” said Slugger White, the PGA Tour rules official. “It’s a new rule. “We agree with the rule, it’s just the interpretation is a little difficult now.”

The rules overhaul was intended to make them easier to understand, and players and their caddies have been working through confusing parts. McCarthy said he was certain his caddie’s positioning did not constitute a violation.

“If he was in there deliberately looking at where I’m lining up and I’m setting up to the ball and not backing away, yeah, I could see how that’s a two-shot penalty,” McCarthy said. “But in no way, shape or form did I think what I did was a penalty.”

A similar situation involving Justin Thomas and his caddie in the second round was deemed not to be a penalty. The U.S.G.A. said in a statement that the rule would be enforced similarly going forward.

“It’s kind of stupid,” Fowler said. “You’re talking about growing the game and making things play faster, but that’s not growing the game. You’re giving a two-shot penalty for doing nothing and not getting any sort of advantage.”