Over the past 17 years, the Toon Army have won only once on their visits to the blue half of Merseyside. 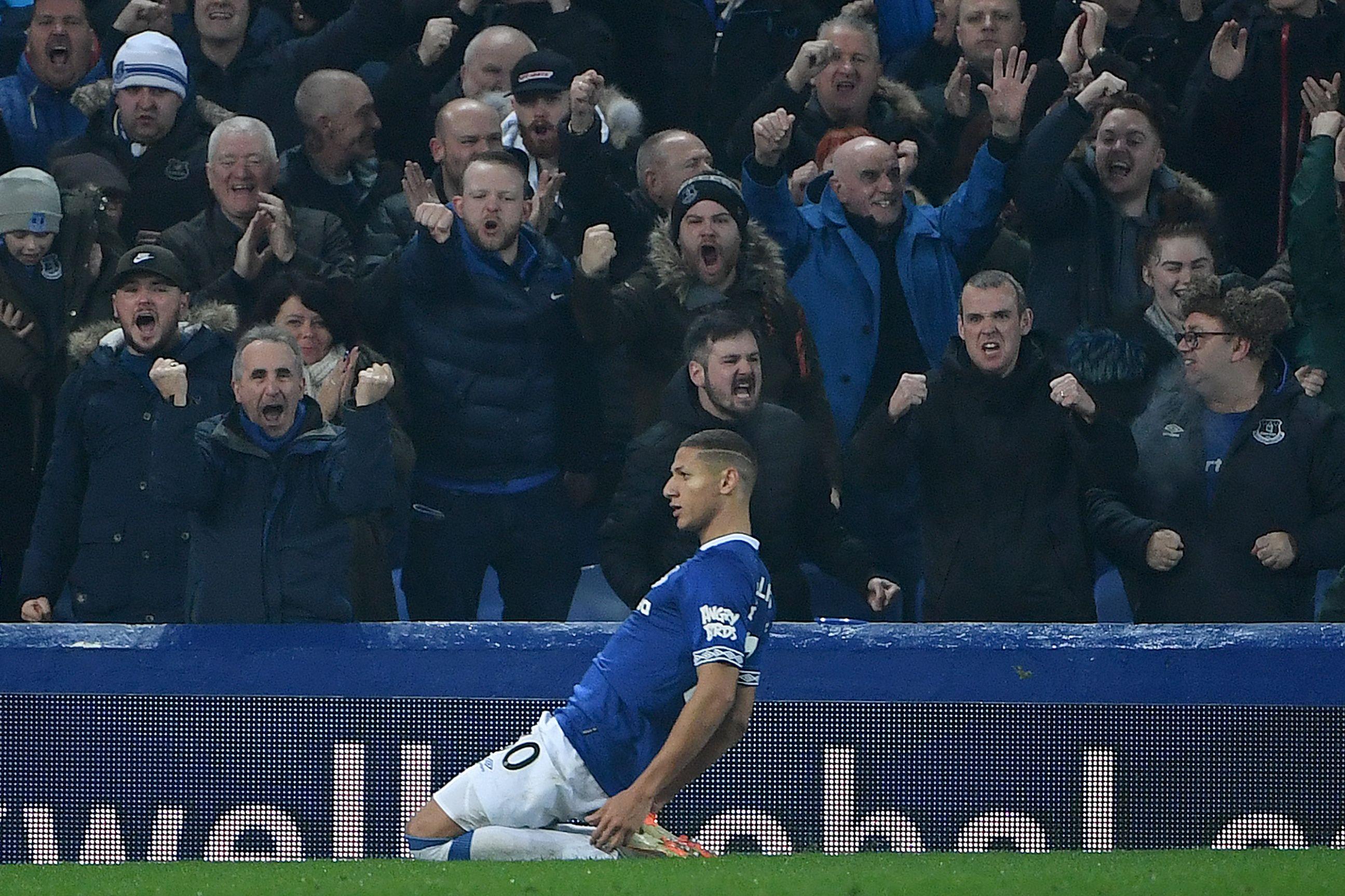 They thought they were on course for a famous and memorable victory at Goodison Park when Salmon Rondon scored against the run of play in the first half thanks to the trickery of Jacob Murphy.

And yet thanks to the simplest of tap-ins, the Brazilian forward Richarlison struck for the sixth time since his £40m transfer from Watford to ensure parity and prevent the visitors celebrating a shock result.

If anything, it also once again underlines his increasing importance to Marco Silva’s side as they chase a potential European spot.

Everton had kept clean sheets in their previous five Prem matches against Newcastle. 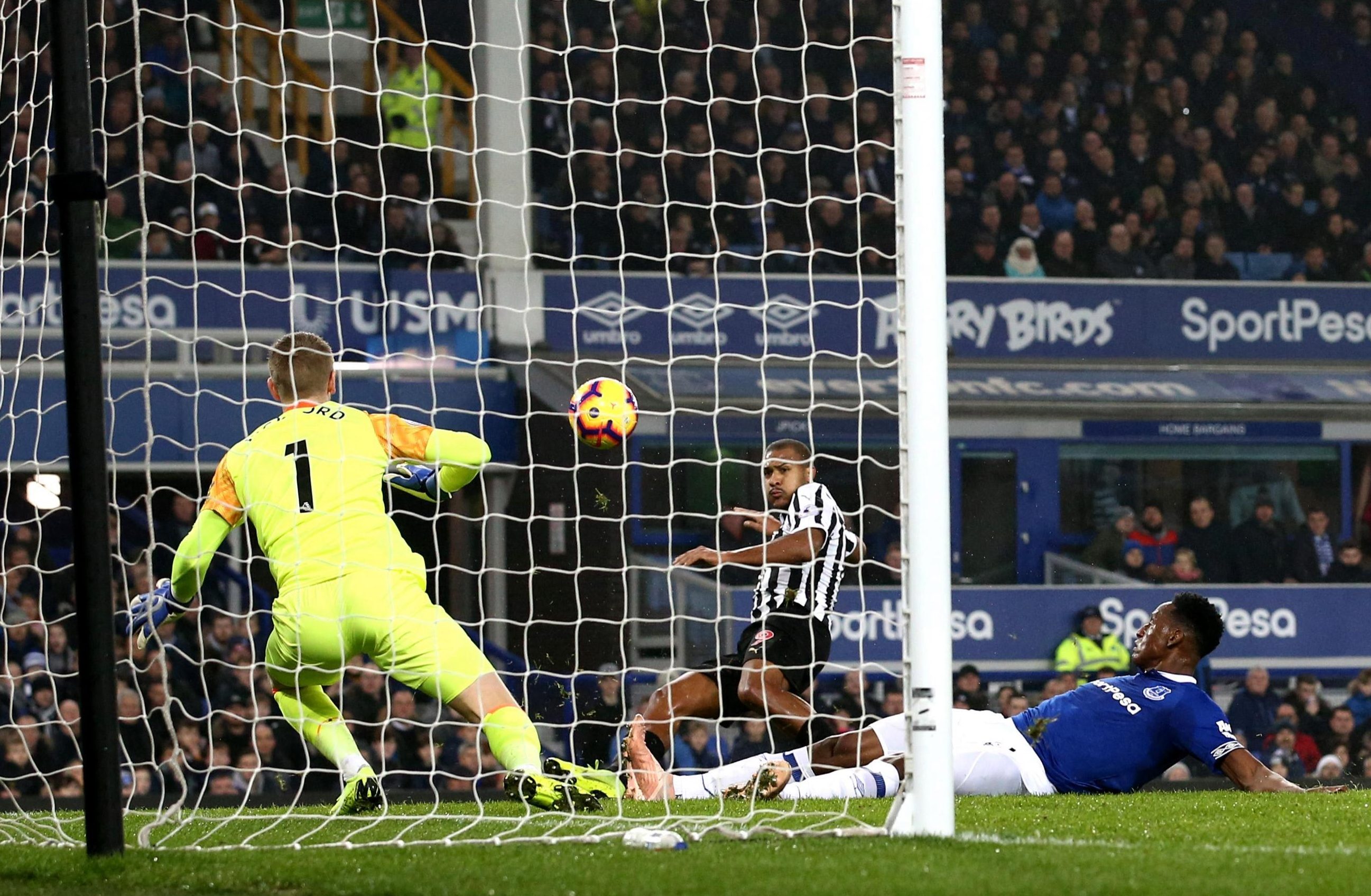 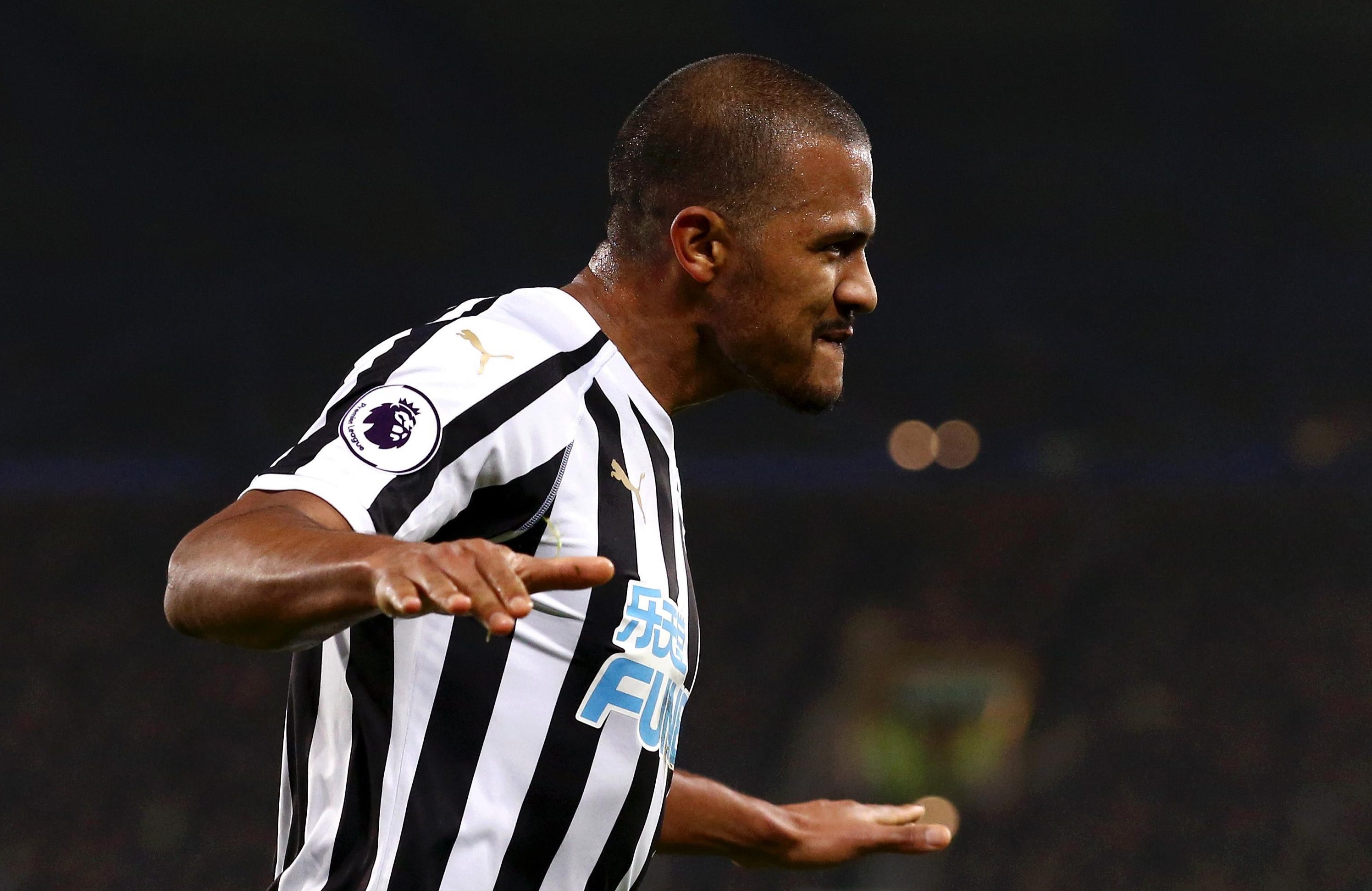 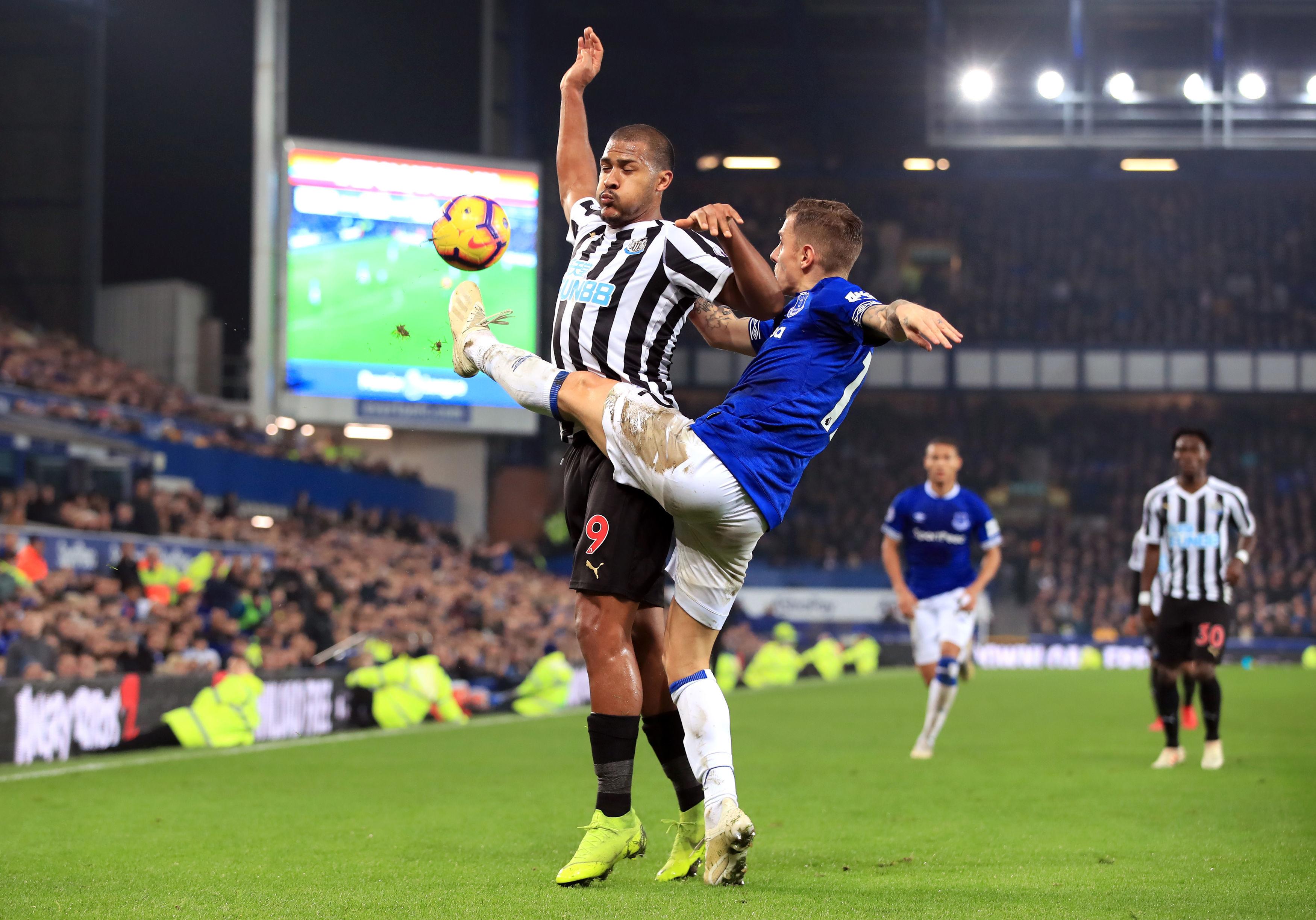 Yet any hopes of extending that record to six in a row disappeared after just 19 minutes as Newcastle produced a masterclass in counter-attacking.

Having been under the cosh in the opening exchanges, during which Richarlison notably went close from six yards out, Newcastle finally found an outlet via the livewire Murphy.

The tricky winger, who replaced the suspended Matt Ritchie, raced down the left flank from his own half before whipping the ball beyond the presence of marker Seamus Coleman.

It was such a wonderfully pinpoint delivery across the six-yard box that it found Rondon arriving at the back post. 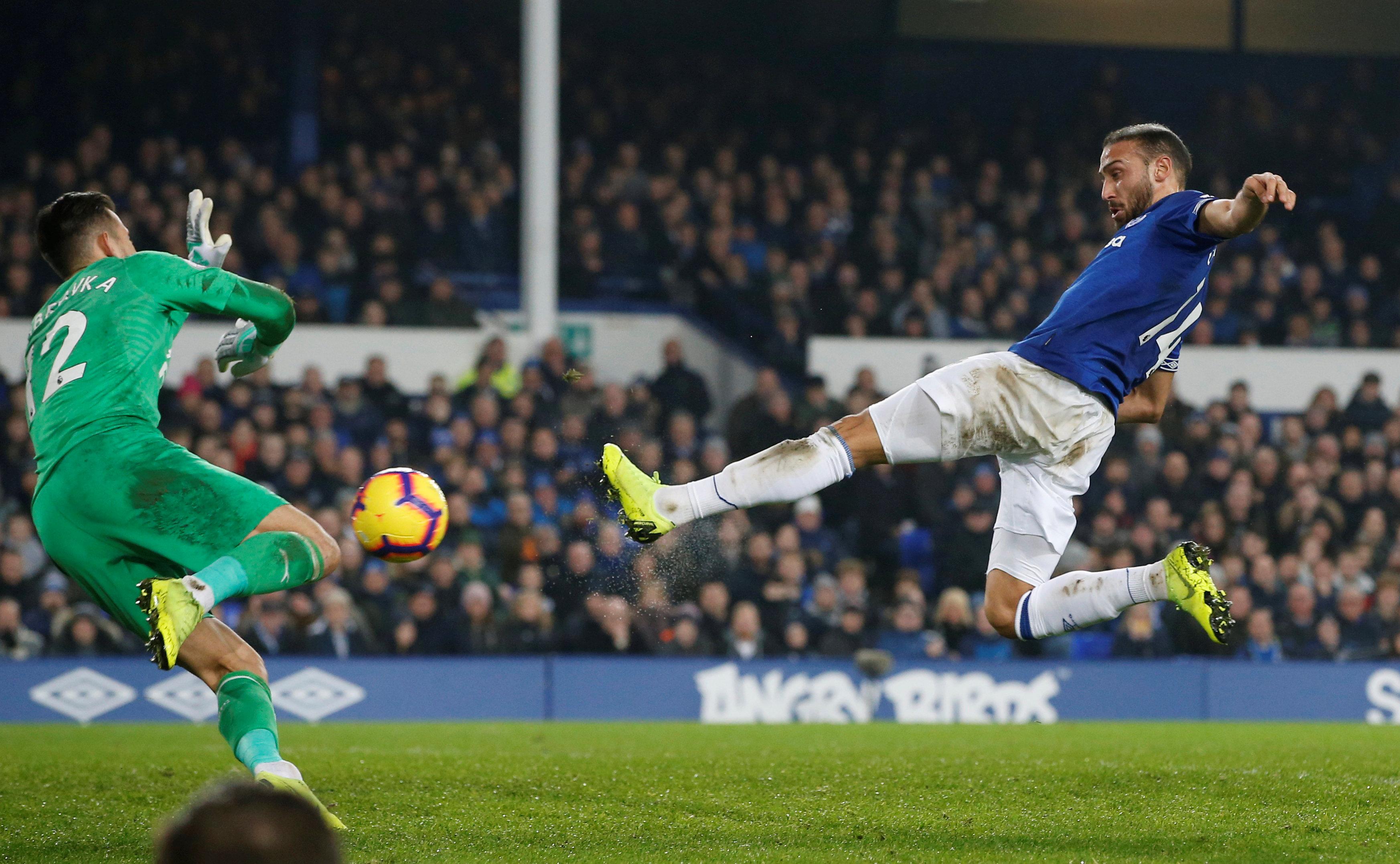 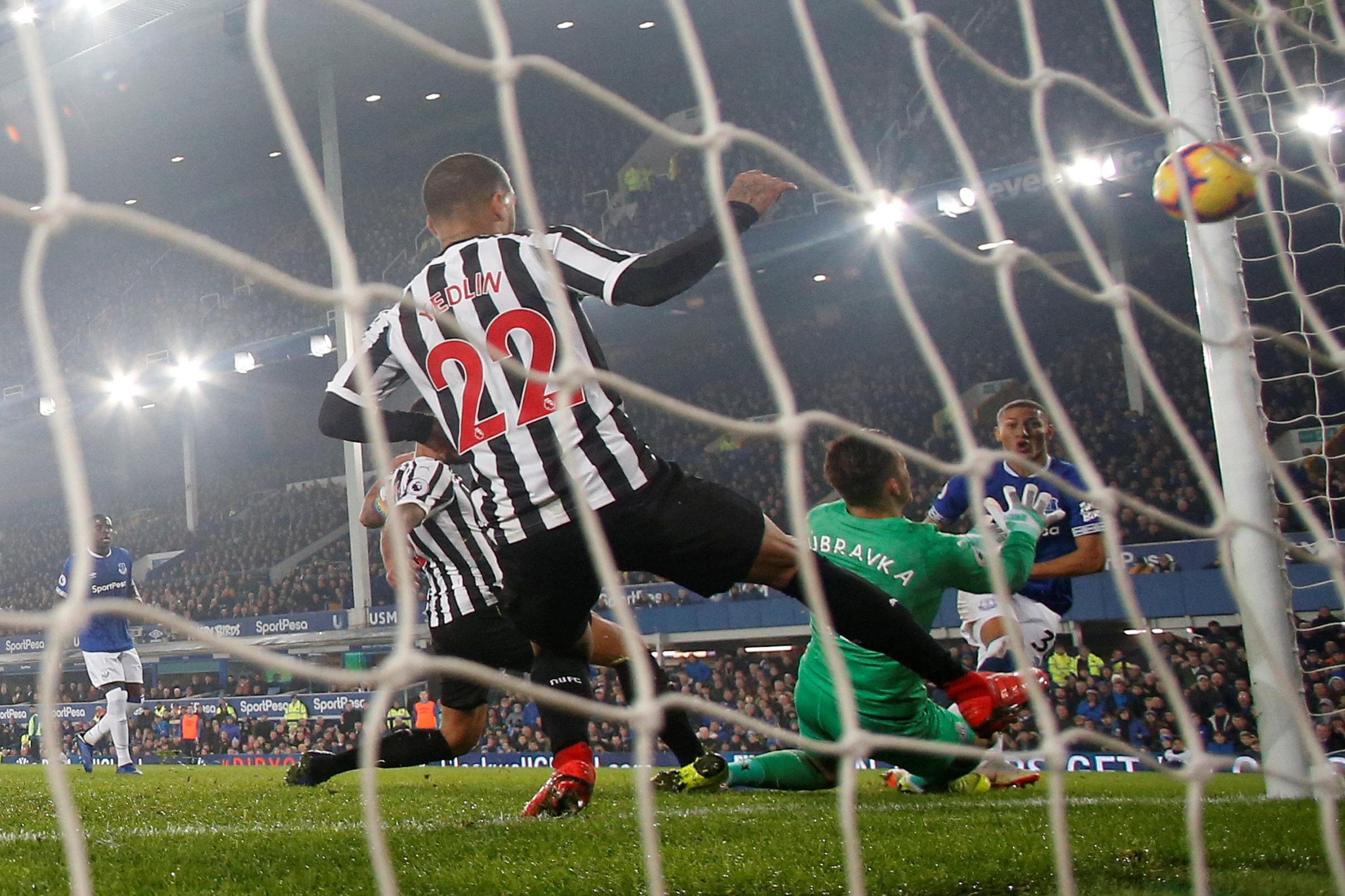 And despite the acute angle, the Venezuelan drilled it home expertly right-footed on the stretch past England goalkeeper Jordan Pickford.

Boos immediately rang around Goodison Park as the visitors celebrated their first goal scored against an Everton defence in almost FOUR years.

Everton, however, kept pressing, pressurising and stretching the Newcastle defence throughout the first half, enjoying the majority of possession and territorial advantage.

Playmaker Gylfi Sigurdsson thought he was about to score his eighth goal this season but somehow his shot, which had appeared goal-bounced, bounced off the left foot of the diving Federico Fernandez. 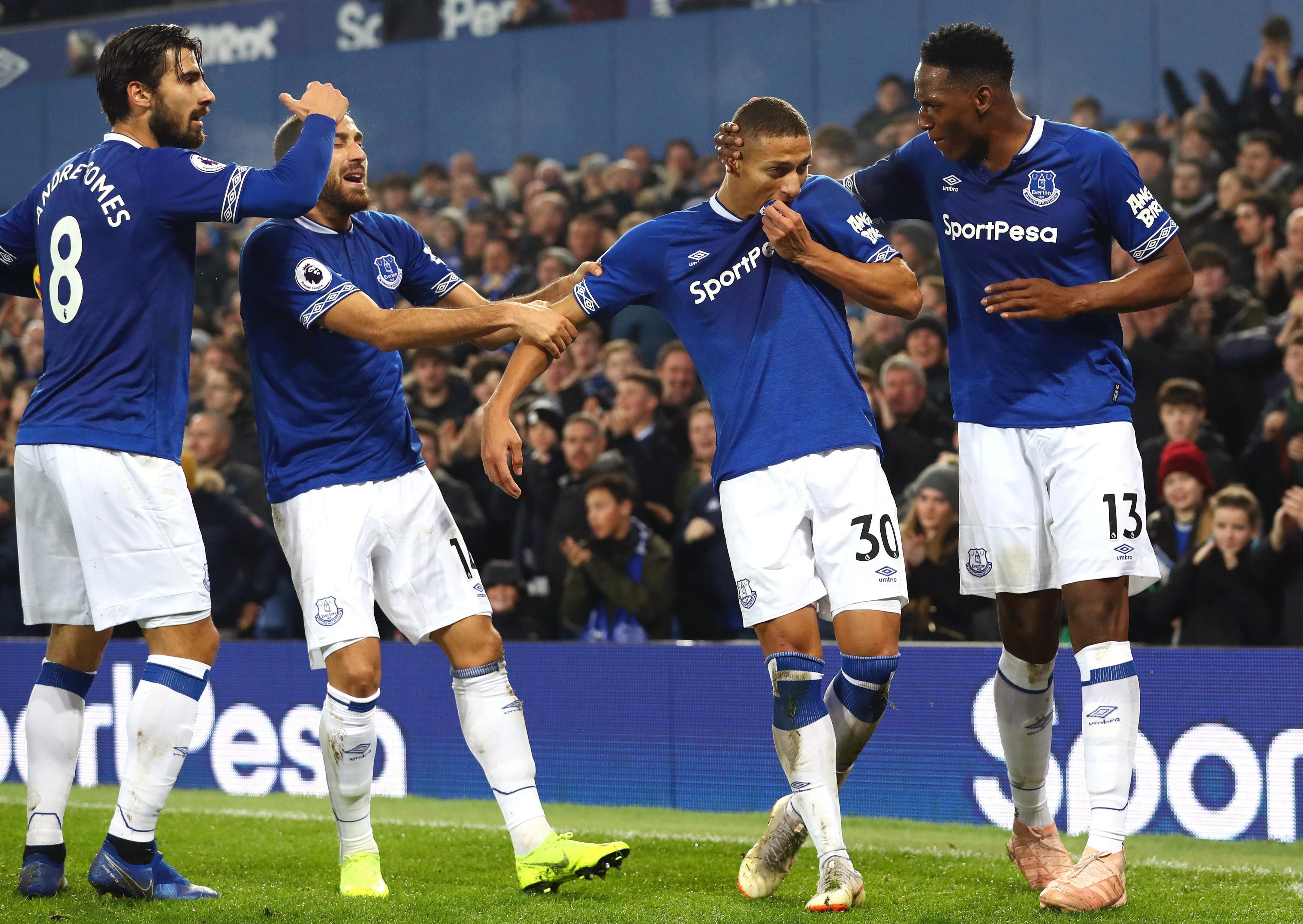 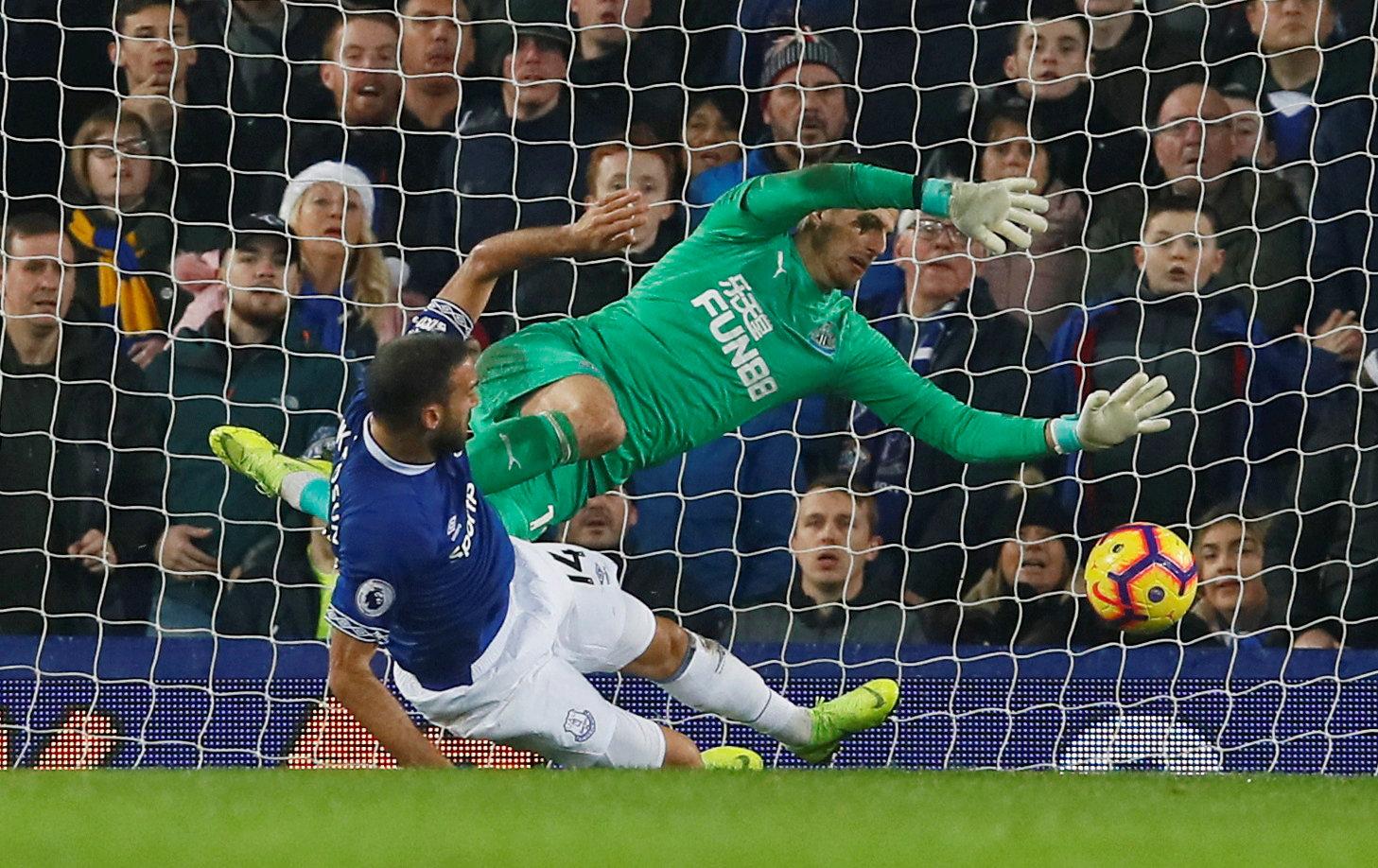 It was perhaps inevitable the equaliser came from a corner – the Toffees had 10 in the first half – with Richarlison sweeping home from a yard out after the ball had bounced into his path off the back of the falling Fernandez.

Everton could have gone into the half-time break leading but Newcastle goalkeeper Martin Dubravka made a miraculous save from Cenk Tosun from two yards out.

Ademola Lookman, one of three changes from the Merseyside Derby starting XI, was handed his first league start of the season by Silva as reward for his impact as a sub against Liverpool on Sunday.

Yet the 21-year-old Londoner was a peripheral figure here, failing to make any impact in attack, and often losing the ball with a heavy first touch. 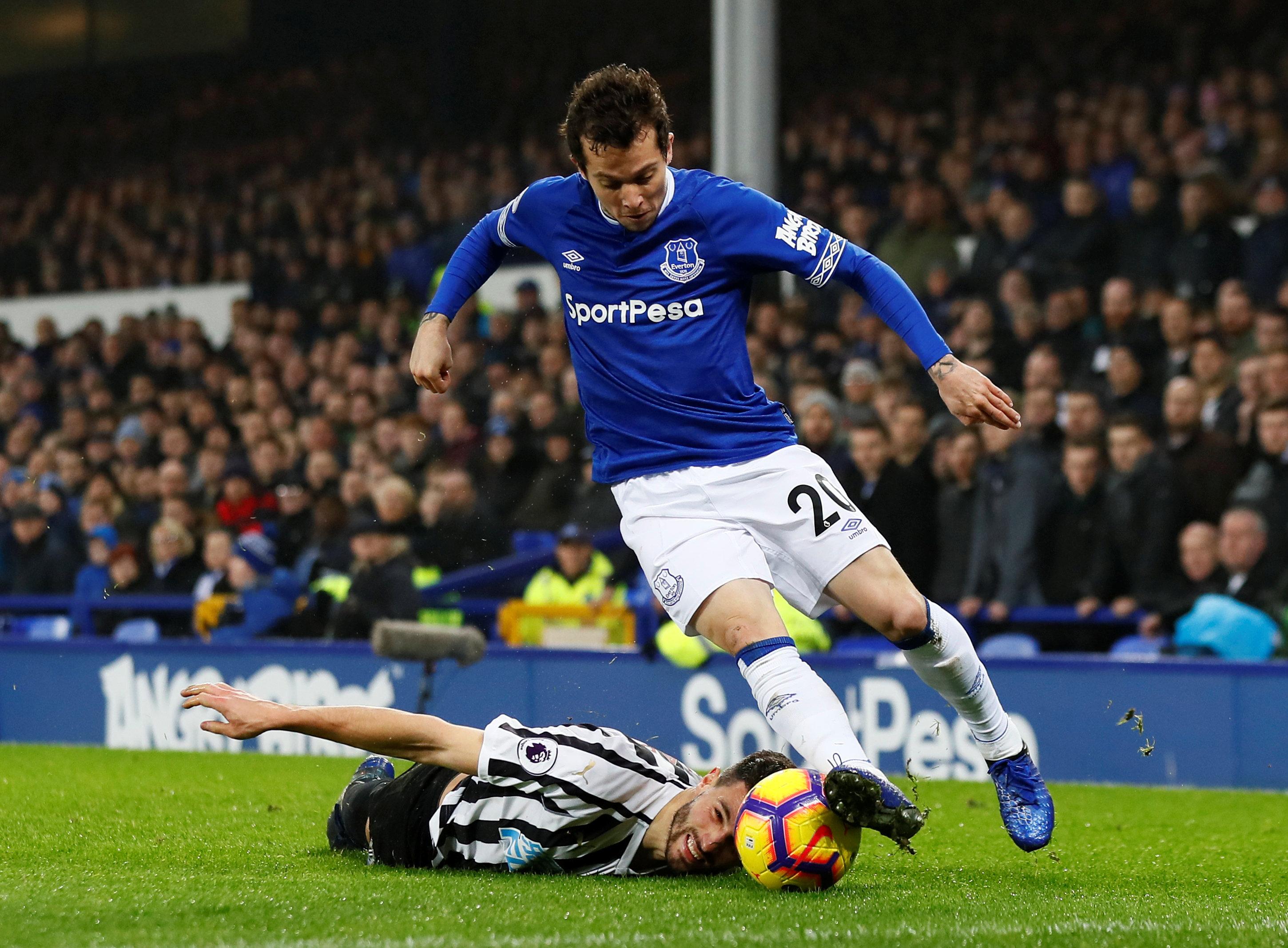 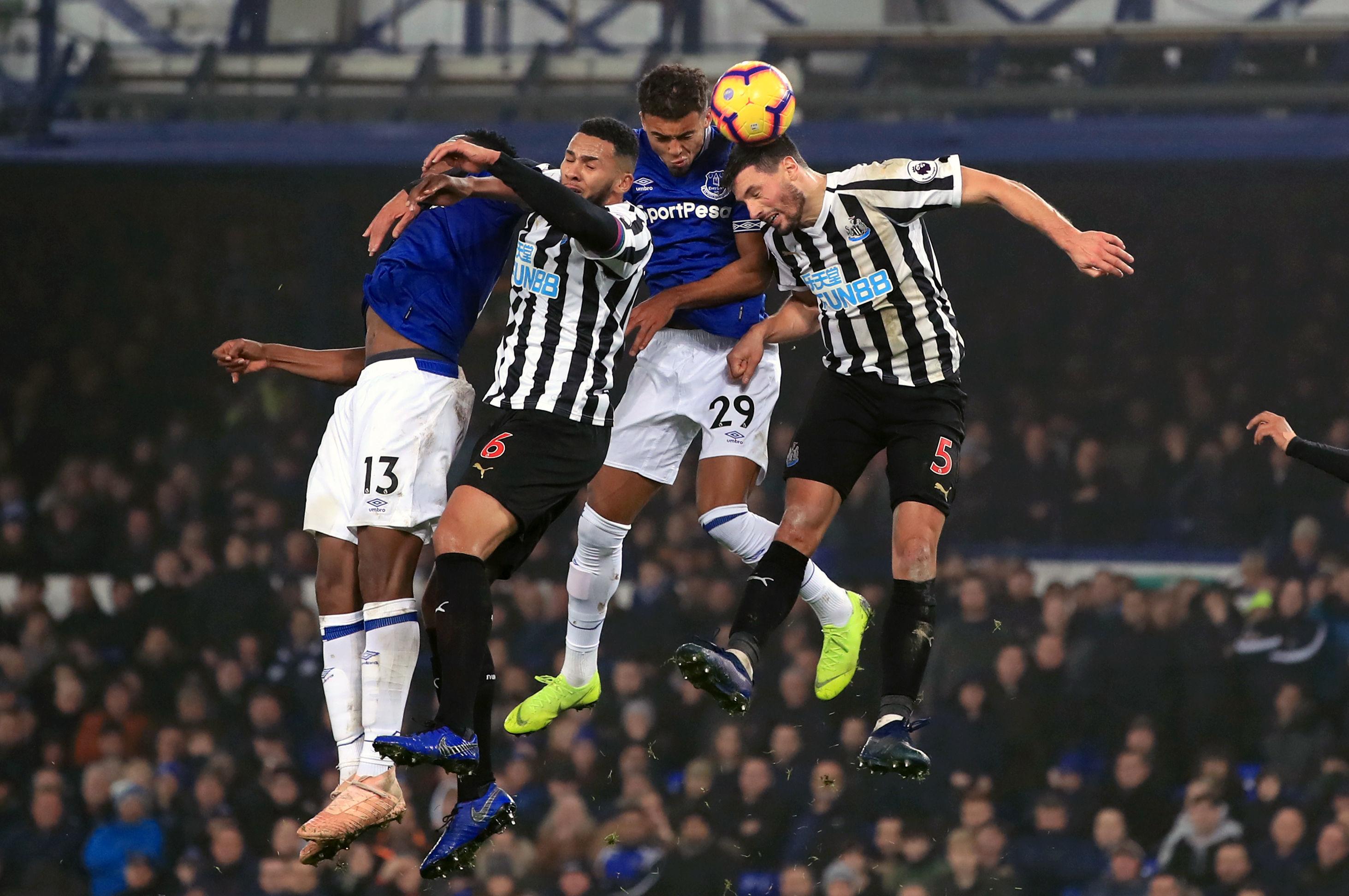 Pickford, whose error had cruelly gifted Liverpool victory 72 hours previously, had barely anything to do in the second half as Newcastle only occasionally encroached into his penalty area.

When he was called to action, Pickford delivered at the pivotal moment.

With four minutes on the clock, Pickford made a brilliant one-handed save to his left from a Christian Atsu snap-shot.

It deprived Newcastle of their first back-to-back away win in the Premier League this year and ensured their woes at Everton continued.