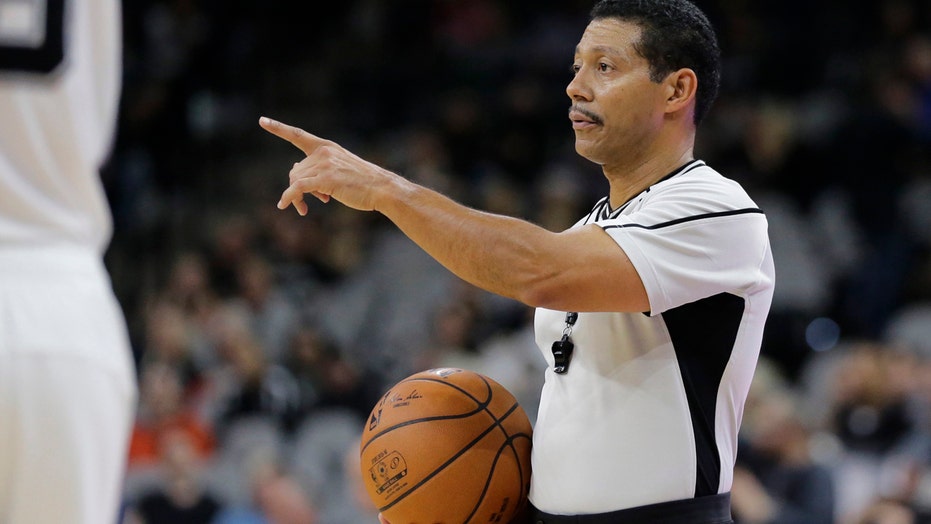 Restarting sports may be key to reopening

Dr. Neal Elattrache, Sports Medicine Director at Cedars-Sinai, joins Laura Ingraham to discuss how restarting sports may be the key to reopening the country.

NBA referees have not had the same opportunities as players have to knock off the rust from the shutdown caused by the coronavirus pandemic.

Players have been back on the court for a few weeks, with the majority of that time spent getting in individual workouts before practices could resume when the 22 teams arrived at the Walt Disney World bubble.

The referees didn't have that chance.

Right now, there’s a healthy amount of nervous anxiety for those who operate the whistles at NBA games with exhibition contests — the first opportunity for refs to call anything in roughly 4-1/2 months — set to begin next week. Like the players and coaches, referees are at Disney and quarantining for what could be a stay of at least a few weeks for most and potentially as much as three months for those who will be assigned to work the NBA Finals.

“Our referees are pros and they’re going to come here ready to work,” said Monty McCutchen, the NBA’s vice president and head of referee development and training. “From the mental side, we never took any time off, quite frankly.”

It will largely be business as usual for referees — though with two notable differences. The first of those is how the NBA Replay Center will still be operating in Secaucus, New Jersey, but the referees assigned with actually assisting in those situations will be on-site at Disney. The reason is because it didn’t make much logistical sense to send referees into the greater New York City area and have them adhere to local guidelines there by quarantining for 14 days before working games.

The replay-tasked referees will be working from a trailer in the broadcast compound outside the three arenas that will be used for games — with allowances, of course, made for social distancing.

“It’s important that we follow that process because, you know, we want the best working now who have earned that right,” McCutchen said.

The other difference will be the noise, or lack thereof.

It’s no secret that there is a level of banter between players, coaches and referees during games. When arenas are filled with 20,000 people, the din of crowd noise muffles much of those conversations from the general public. But at Disney, there will be no fans and that means some off-color talks might get picked up on broadcasts.

“We’ll look for a collaboration with coaches and players and I think coaches and players, they’ll figure out how to communicate,” McCutchen said. “A lot of yelling that goes on does go on because there’s crowd noise and in a passionate moment you want to be heard you want to be listened to. Without the crowd there, I expect our players and coaches to have an occasional burst, but because they can be heard in a different way, they will communicate in a different way.”

There’s a rhythm for players, and the same goes for referees. The NBA sent workout materials to referees during the shutdown — things like resistance bands, jump ropes and yoga balls — to help them keep in shape. But much in the same way that it’s hard for players to get into game shape without really playing, the same holds true for referees.

Veteran referee Eric Lewis said he’s looking forward to the exhibition games, just to get in some work.

“We really need those,” Lewis said. “We really depend on our eyes and having that consistent practice of movement and moving them where they need to be. You don’t see that level of play every day, so now we have to get to where we catch up with the players. Even running — running those sprints in games and stopping and going are very different than jogging on a treadmill or on the street.”

McCutchen and the league’s referee development advisers, a group of top former officials, have been holding regular Zoom calls during the shutdown with the current referee staff to study situations and technique. There have also been tests and other video study done internally, just to keep minds sharp during the weeks away from the court.

“There is not the same rhythm that our teams and referees and coaches have been accustomed to,” McCutchen said. “There’s going to be a ramp-up time for everyone. That doesn’t excuse bad work, though. We’re going to be grading our officials on the standards of the NBA and to our standard of excellence.”