MANCHESTER UNITED are the red-hot favourites to win this year's Europa League.

Ole Gunnar Solskjaer's side are 2/1 to secure the silverware after their route to the final was revealed. 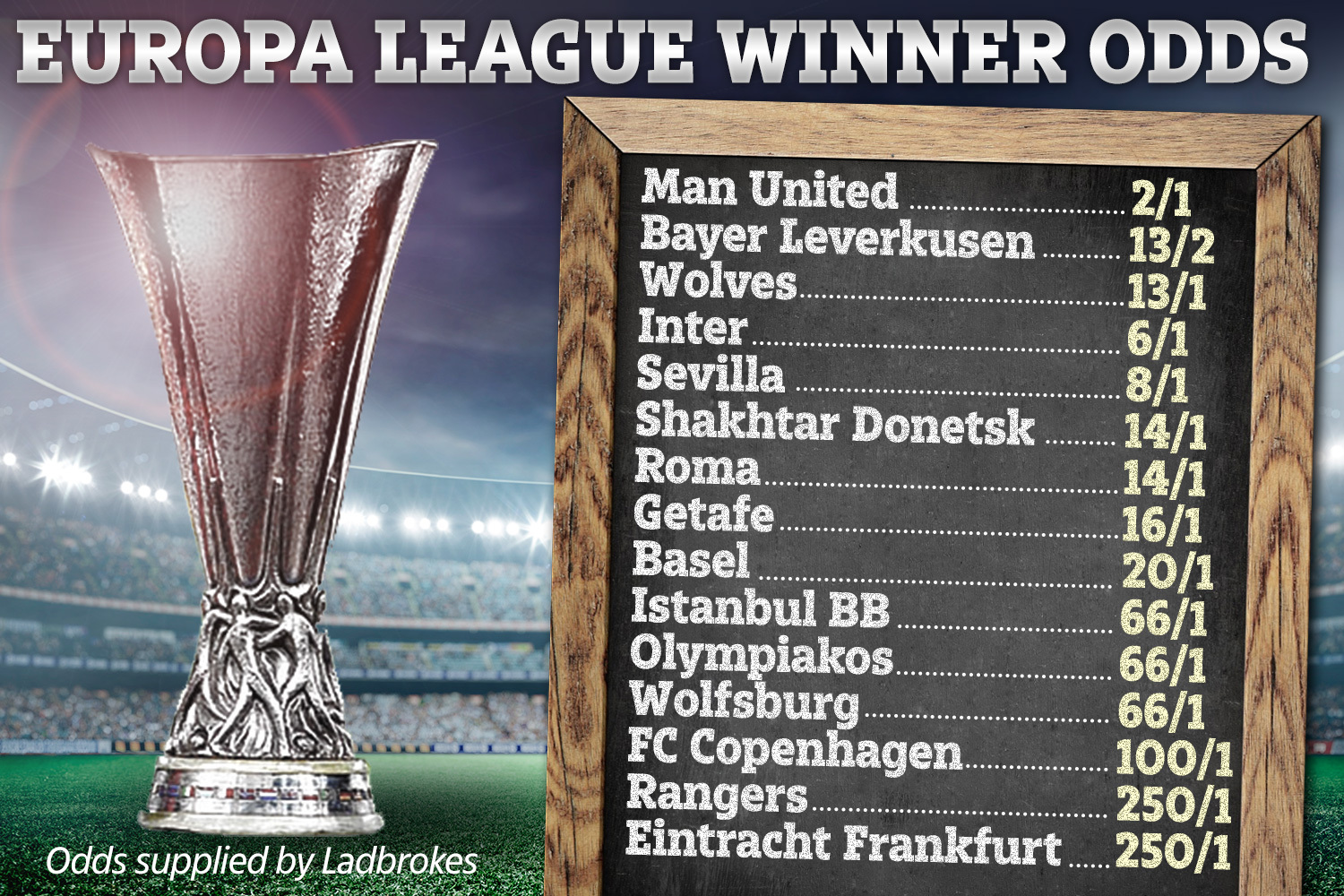 United boast a five goal lead over Austrian side LASK ahead of the second leg.

Unless disaster strikes, the Red Devils will then face Istanbul Basaksehir or Copenhagen in the last eight.

Should they reach the semi-final, United could cross paths with league rivals Wolves.

Their route to the final combined with their impressive spell of form has made them early favourites.

Ladbrokes have ranked Bayer Leverkusen as the second most likely team to win at 13/2 odds.

Meanwhile, Wolves are in third with 13/1 ahead of their second leg against Olympiacos.

Italian giants Inter Milan are ranked at 6/1 while Sevilla could be worth a pop at 8/1.

Eintracht Frankfurt have been all-but written off with odds of 250/1.

The German side have a huge task on their hands after losing the first-leg of the last-16 clash to Basel 3-0.

In the Champions League, Manchester City are joint favourites with Bayern Munich.