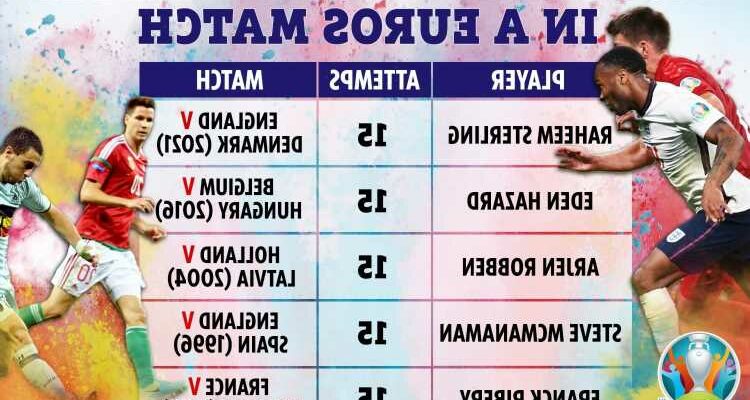 RAHEEM STERLING is firmly in the running to be named player of the tournament for Euro 2020.

The Manchester City winger put in another mesmerising performance to help England to a 2-1 semi-final win against Denmark. 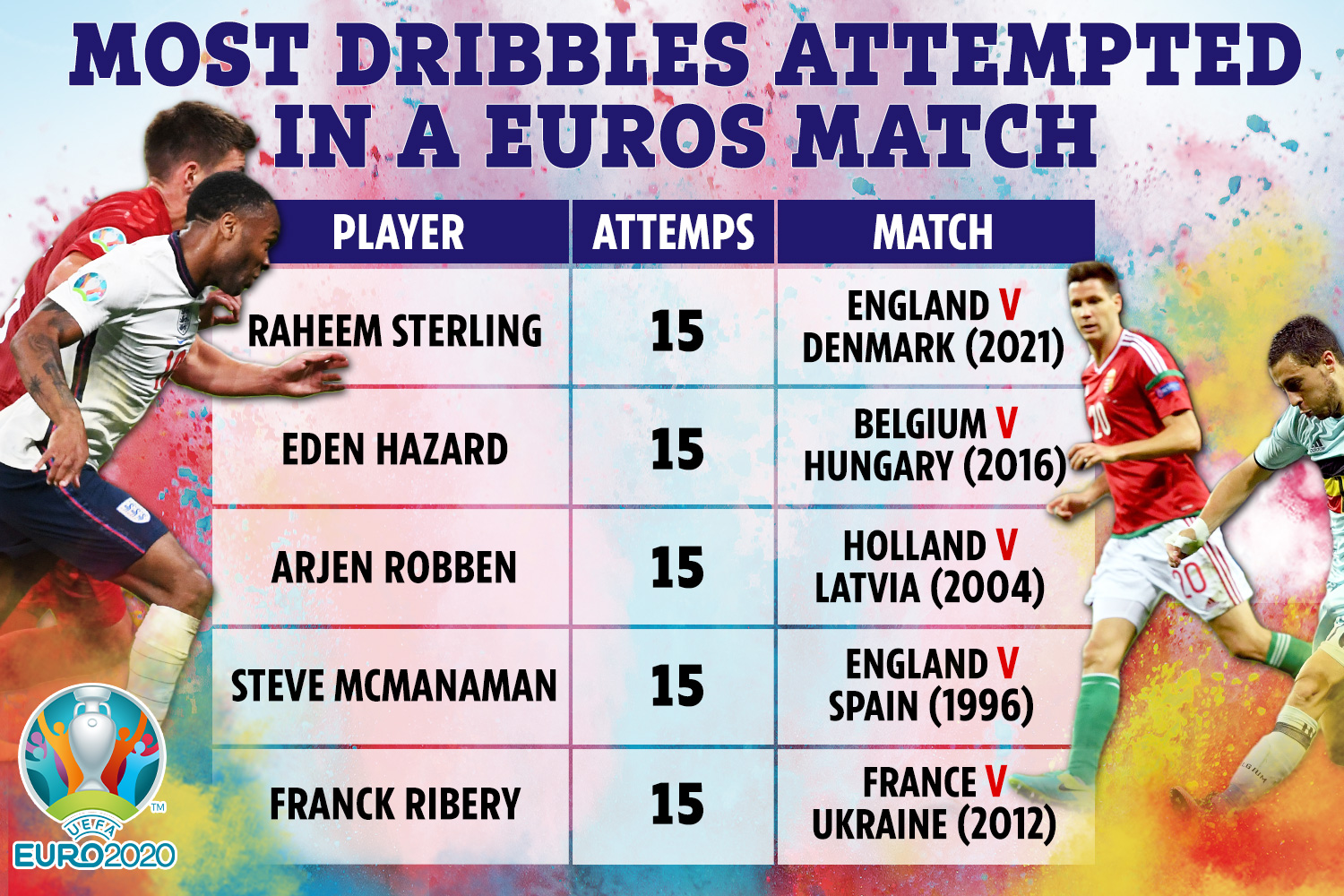 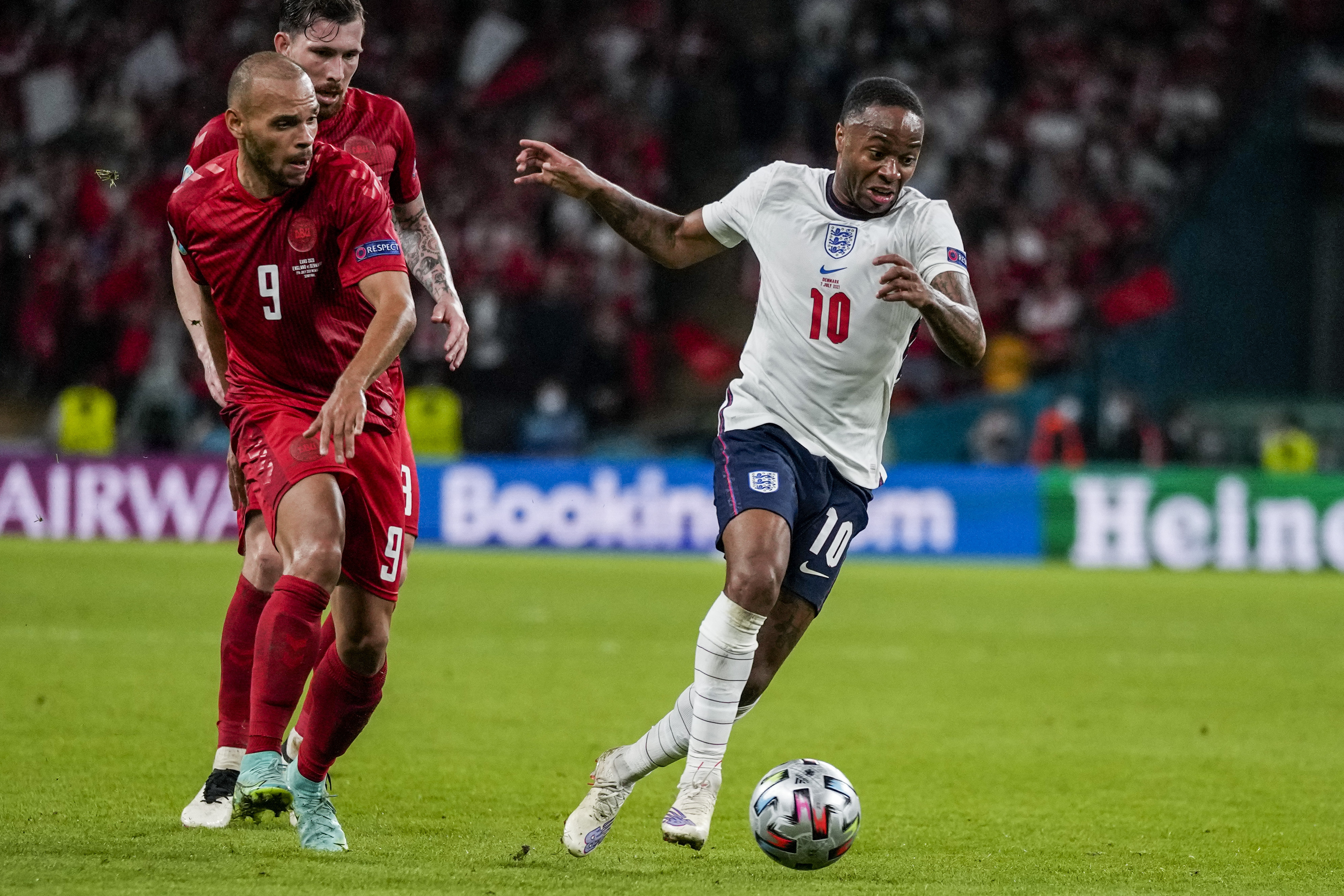 And the 26-year-old also equalled a record along the way.

Sterling has now made the joint-highest number of attempted dribbles made in a European Championship match.

He ran at the Denmark defence 15 times – and is tied with four football legends for the feat.

Eden Hazard managed the same number in 2016 against Hungary.

Dutch winger Arjen Robben terrorised the Latvia defence in 2004, and France star Franck Ribery did the same against Ukraine in 2012.

The awesome quintet is finished off with Three Lions hero Steve McManaman who was just as fleet-footed against Spain in 1996.

Sterling completed nine of those 15 runs – not quite matching Hazard's successful total of 12 from that 2016 match against Hungary.

One of the England man's mazy runs saw him felled in the penalty area leading to the match-winning goal from Harry Kane. 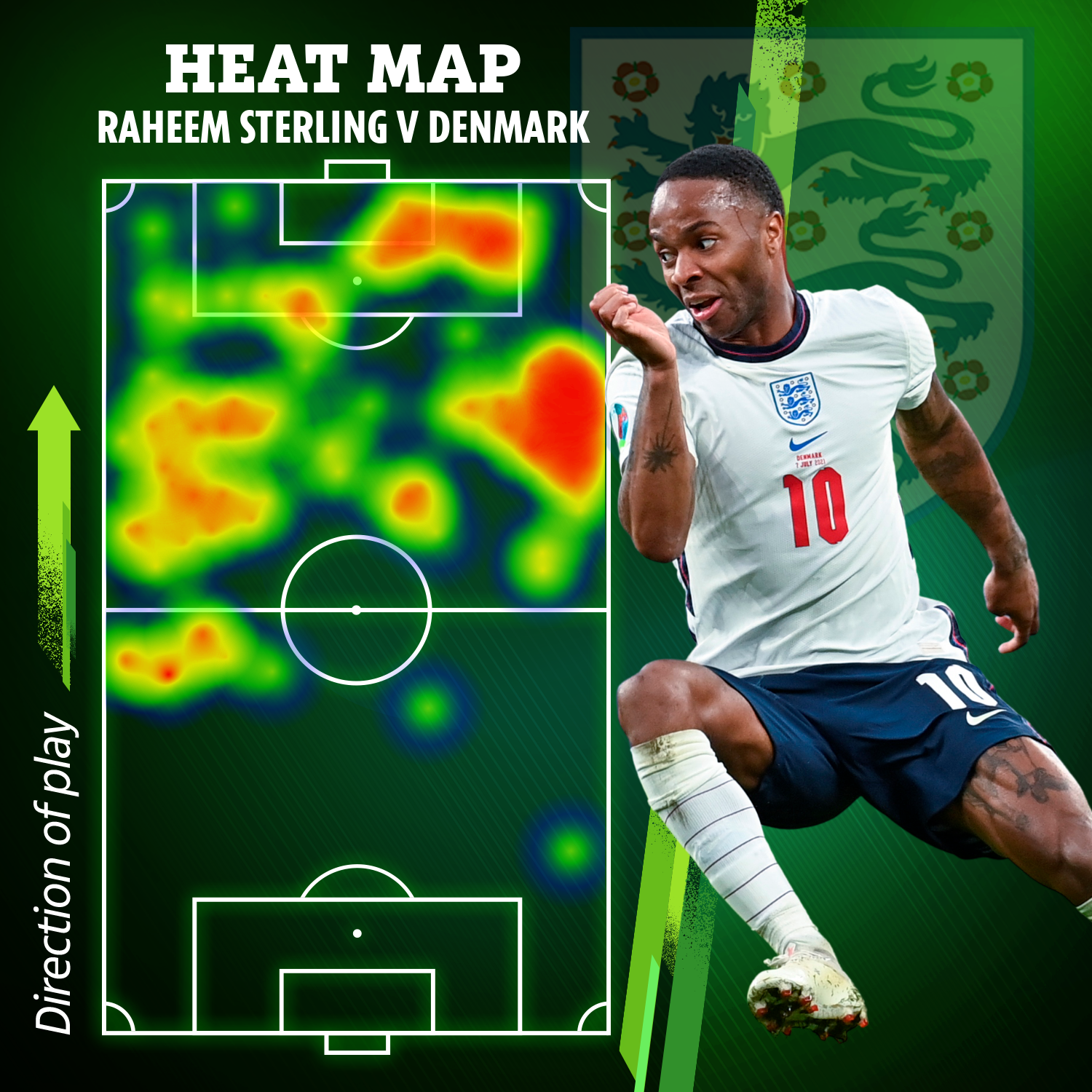 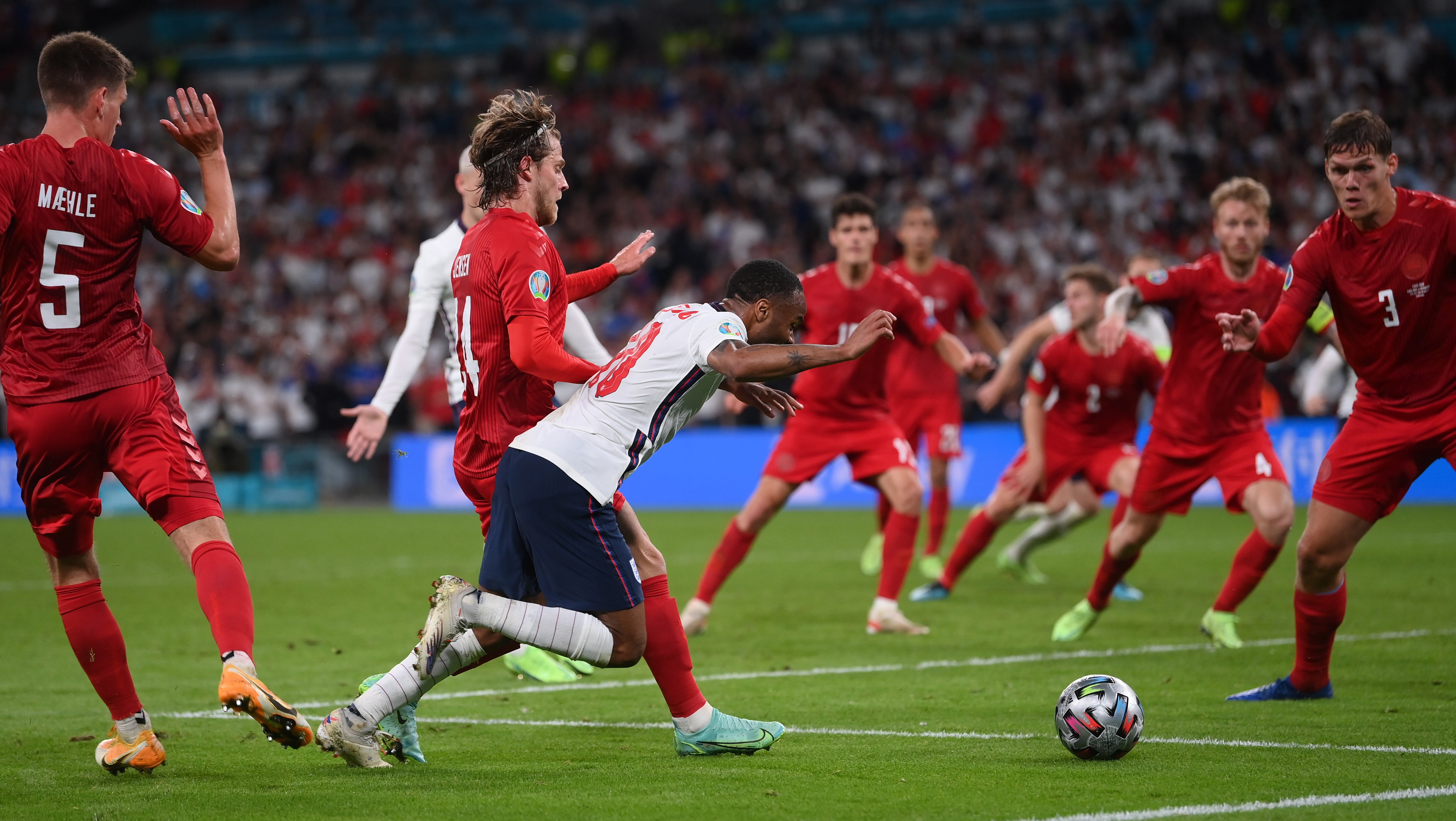 Despite the anger from fans of other teams, streetwise Sterling was adamant it was a pen.

He said: "I went into the box and he stuck his right leg out, and it touched my leg so it was a clear penalty."

Sterling has scored three goals so far this tournament – one behind captain Harry Kane.

And he has clearly not been affected by transfer speculation having being linked with a move away from the Etihad.