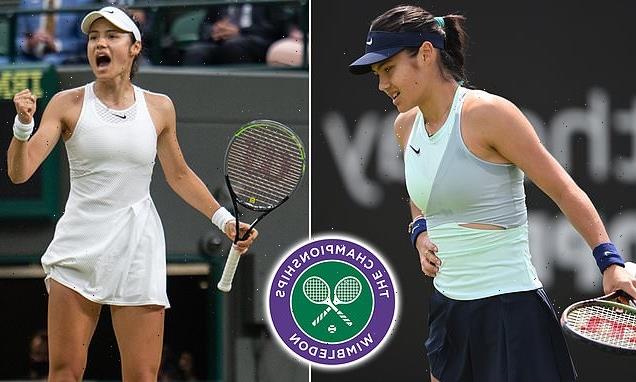 Emma Raducanu is expected to be fit for Wimbledon after scans showed no long-term damage following her retirement at Nottingham on Tuesday.

However the US Open champion will miss next week’s WTA event in Birmingham after being told to rest for several days.

Instead the British No 1 is set to take a wildcard into the strong field for the Rothesay International at Eastbourne, the traditional lead-in to SW19 which begins a week on Monday. 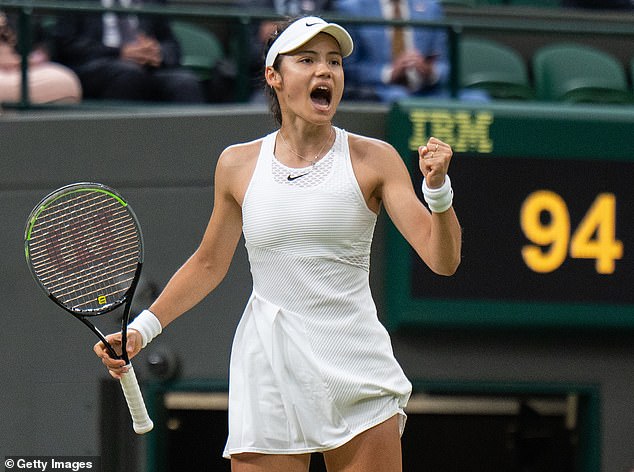 Raducanu had a scan in Nottingham following her withdrawal after just seven games of her first round. She has been diagnosed as having a side strain and ordered to have a brief period away from the court.

This should not be enough to prevent her from preparing for the south coast and then going straight into Wimbledon, where she reached the fourth round a year ago.

She said: ‘It was disappointing to go out this week with a side injury and unfortunately I will no longer to be able to play in Birmingham. I’m looking forward to be back on the match court soon, though, to enjoy the rest of the grass season.’

While positive news it will be different to the grass court schedule which served her so well in 2021.

Back then she played two tournaments, both in Nottingham, and then travelled to the All England Club for a week of intensive practice, which laid the platform for her surge into the second week. 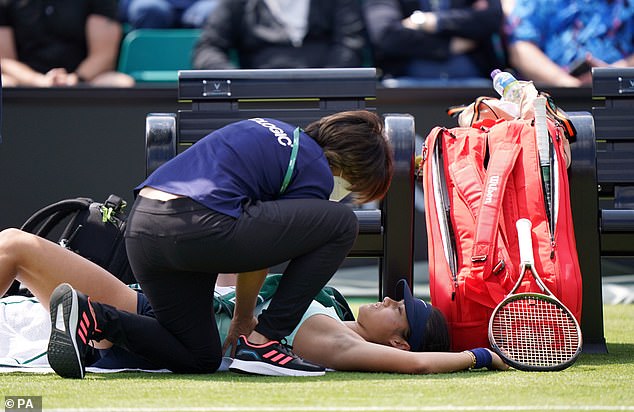 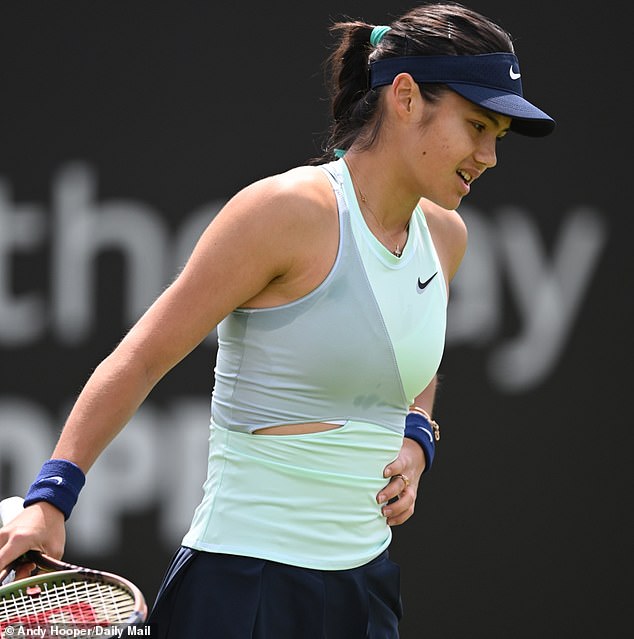 She does not wish to take any chances next week following a season which has seen her hampered by repeated injuries.

Tuesday was the third time in four months she has retired from a match, with the player describing what happened to her in the first round at Nottingham as a ‘freak injury’.

Meanwhile Britain’s Dan Evans and the less-heralded Ryan Peniston both made it through to the quarter finals of the men’s Nottingham Open on Wednesday.