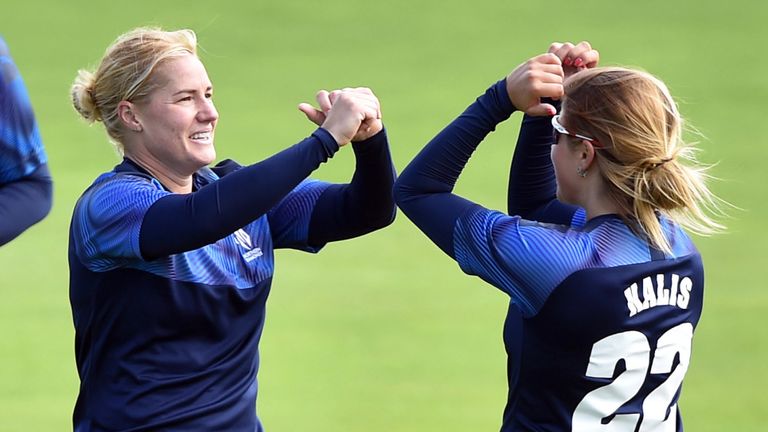 Northern Diamonds got their Rachael Heyhoe Flint Trophy campaign off to a near-perfect start with a comprehensive nine-wicket victory over Central Sparks at Edgbaston.

The visitors comfortably chased down a target of 144 thanks to a 139-run opening partnership between Lauren Winfield (72) and Hollie Armitage (54no).

Katherine Brunt showed her class with the ball, taking five wickets with figures of 9-2-20-5 in two exceptional spells of bowling. Sparks vs Diamonds scorecard

“Always feels great to contribute to a win and to the first-ever game for Northern Diamonds,” Brunt said. “It feels really special and feels great to be here as part of such a great win for us.

“We’ve really looked forward to this tournament and it’s amazing to come out on top in our first game. A great partnership between Hollie (Armitage) and Lauren (Winfield) topped off the day well for us.”