Speed battle to start, but Newcastle filly 5. Bubbles Ball – by Zoustar and from leading stable – gets her chance from the draw to pay back punters after narrowly rolled as a heavily-backed favourite in two runs this prep at Muswellbrook and Quirindi. The one to beat!

Dangers: Scone-trained 1. Labrusco flopped as a hot favourite at Coonabarabran last start, but has done enough at the trials and previous debut run to suggest he can get into the money. Gold Coast-trained 4. Atyaaf was backed in from a big price on debut at Ballina and found the line nicely; while 2. Dorset Coast was also well tried in that same race and was only overhauled late after showing speed.

How to play it: Bubbles Ball to win 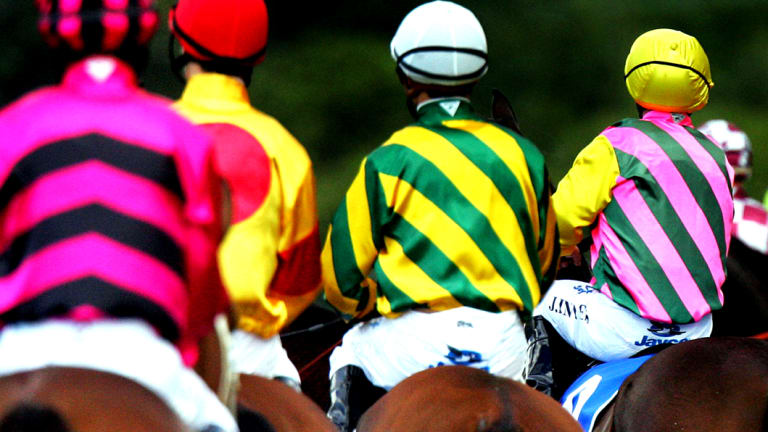 Keen at the value on Gosford filly 14. Tainted Affair who closed off nicely behind a promising youngster at her second start and stable has made a habit lately of placing them successfully.

Dangers: A few knock-out hopes, headed by well-bred Gold Coast filly 12. Casurina Star who hit the line hard from well back on debut at the Sunshine Coast and looks well placed up in trip and down in weight for her second start. Watch for improvement from local mare 10. So Inspiring who has gone around at huge odds two runs this prep, but stretched out nicely over the final furlong, and extra distance suits. Similar story for 6YO local mare 11. Solar Storm who has finished nicely both runs this campaign and stays at 1400m. Can get into the placings.

How to play it: Tainted Affair each-way and quinella 12 and 14

More open affair, but really like Newcastle filly 10. Moana Maree at the value who returned off a four-month spell with a solid closing effort in what was a decent Port Macquarie maiden and should be primed second-up.

Dangers: Stablemate 5. Marawaka was well backed resuming at Muswellbrook and also did his best work late. Will improve into this run. Taree-trained 4. Lock And Launch did enough second-up at Orange to suggest he can get into the money; while big watch on debutant Gold Coast filly 13. Spirit Of Indigo who has been give plenty of time at the trials and likely to jump favourite. Another local filly 14. Zouki has finished second three times across two preps, and drops significantly in weight here after the rider's claim.

Won't be much between this lot when they hit the line. Grafton visitor 8. Tarbert got home well from midfield to miss by a neck resuming in a CL3, and while this is stronger, has a terrific second-up record and draws to get a lovely trail one off the fence.

Dangers: Wyong mare 7. Penfold has been rock-solid through the line last three runs and also drawn to get a sweet run behind the speed. Scone-trained 9. Ibini pulled off a big-priced plonk winning two starts back, and while this is tougher, gets a nice gate and leading rider aboard; while 2. More Patasi who powered home to win under a big weight this track last start, and local mare 1. Florelle who drops in grade from a BM 83, but up sharply in weight, are both each-way chances at big odds.

Chances galore, although keen on Newcastle-trained 7. Resinite who was scratched from Mudgee last Friday to be saved for this. Rattled home to break his maiden at Quirindi at third start and looks a powerful off-speed type who is suited stepping up to 1600m from the good draw.

Dangers: Brisbane 3YO 6. Crafty Spirit rises in trip and weight, but last-start fast-finishing effort at the Gold Coast was easily good enough to win this. Kempsey-trained 5. I've Got This is better than his record suggests. Strong to the line behind the place-getters in the Kempsey Cup before another solid finishing effort at Port Macquarie, but has drawn a wide barrier. Armidale-trained 2. Acraman has been all around the money this prep, and after winning at 1400m last start, the mile is ideal.

How to play it: Resinite each-way and quinella 6 and 7

Wide field, but sticking with Wyong-trained 4. Zioptimus getting out to 1400m. Was held up at a vital stage at Taree last start before attacking the line, and previous form was solid around this grade. Down in weight and way over the odds.

Dangers: Plenty of them, headed by Gold Coast 3YO 7. Nooks And Crannies who looked good winning his last two parking right on the speed, but has bigger field and wider gate to contend with here. Ballina-based 2 Nothingforthepress rarely runs a bad race, but struggles to win. Has gone close in his last couple at Grafton over this trip and will be there to strike again from right behind the speed. Lightly-raced 1. Phabeni has been competitive last three in metro class at Doomben and gets a claim to off-set big weight; while Scone-trained 6. Reward The Chaser is much better suited this trip after being over-run on home track over the mile.

How to play it: Zioptimus each-way

All with the 3YO's here, headed by promising Newcastle filly 8. Mimic who looked smart winning her maiden at Scone last start and is ready to take the next step.

Dangers: Local filly 11. Rosy Elsie broke through to win her maiden last start and looks well in at the weights. Stablemate of Mimic, 4. Charlie's Law disappointed in a BM 58 at Taree when easy in betting after sweeping home to win his maiden, but should go better here at a big price.

Another open affair to finish, but smart 3YO local 7. Impulsive Maneuver has a good fresh record and trialled nicely for his return. Drawn out which may be a plus late in the day.

Dangers: Taree 3YO 6. Fair Dinkum won two from four around the region in impressive style earning him a start in a stronger Rosehill Highway last start where he more than held his own. Back in grade and gets an inside draw; while Scone-trained 14. Scherzare returned from a spell with an even run at Muswellbrook, but only career win so far was second-up under a bigger weight.

How to play it: Impulsive Maneuver each-way