In a strange coincidence, BOTH goalkeepers were yesterday celebrating birthdays with Gomes turning 38 and Lumley 23. 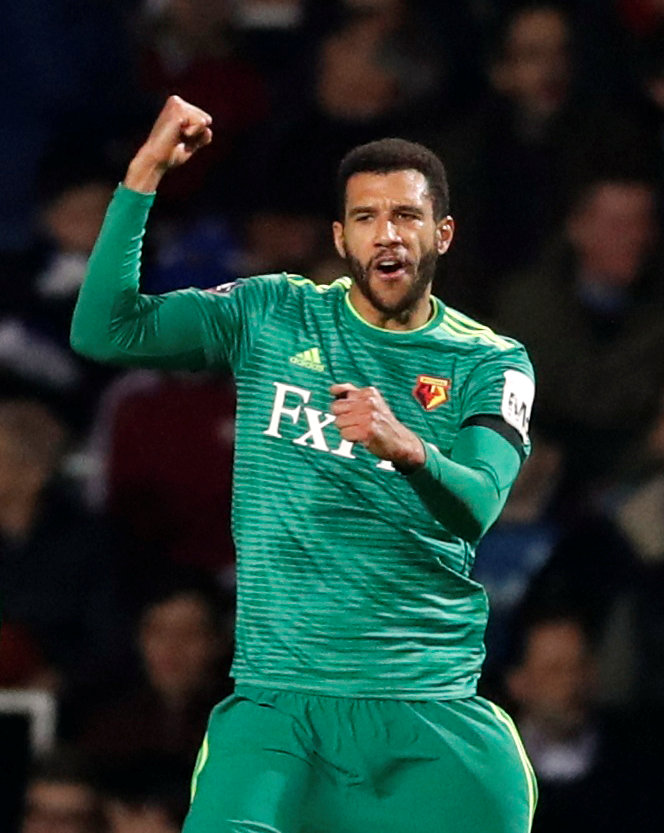 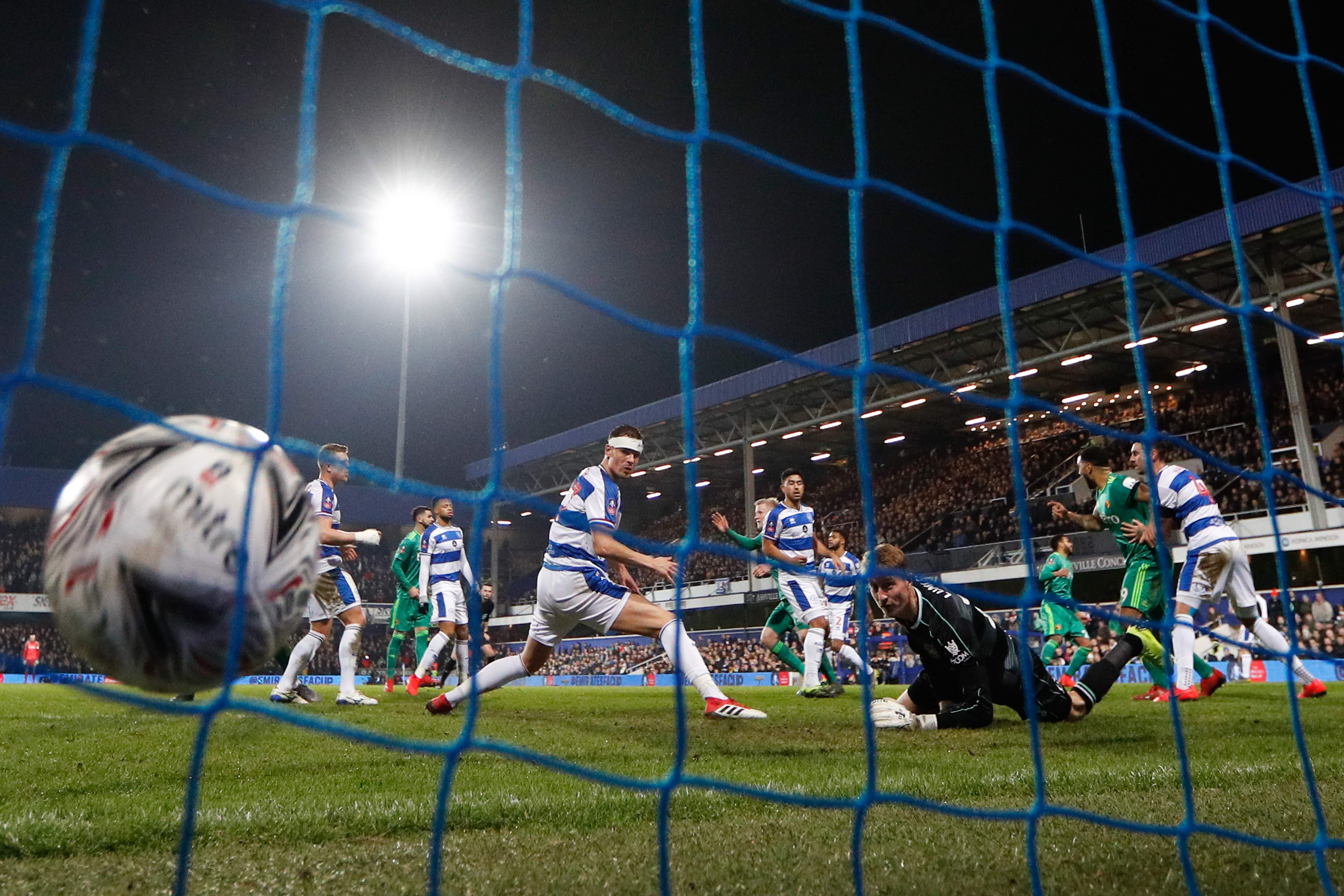 But only Watford’s Brazilian was in the mood to party thanks to Capoue’s matchwinner just before half-time.

And with Premier League sides already dropping like flies in this year’s FA Cup, Gomes will be ever more hopeful of having some silverware to drink to come May.

The peak of both these sides’ history in this famous old competition came in the early 80s.

That was so long ago that Gomes was the only player in either matchday squad to have been alive back then! 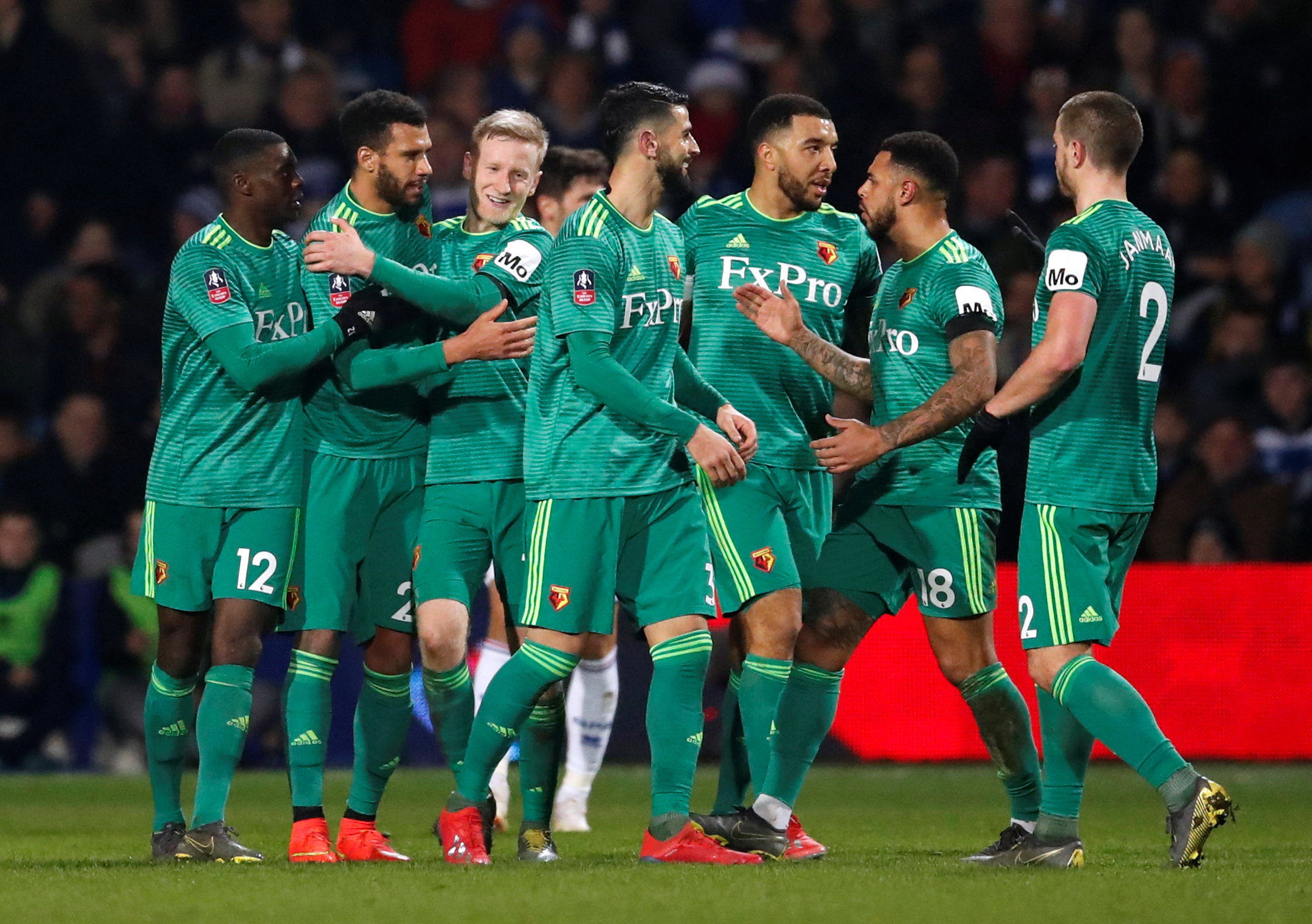 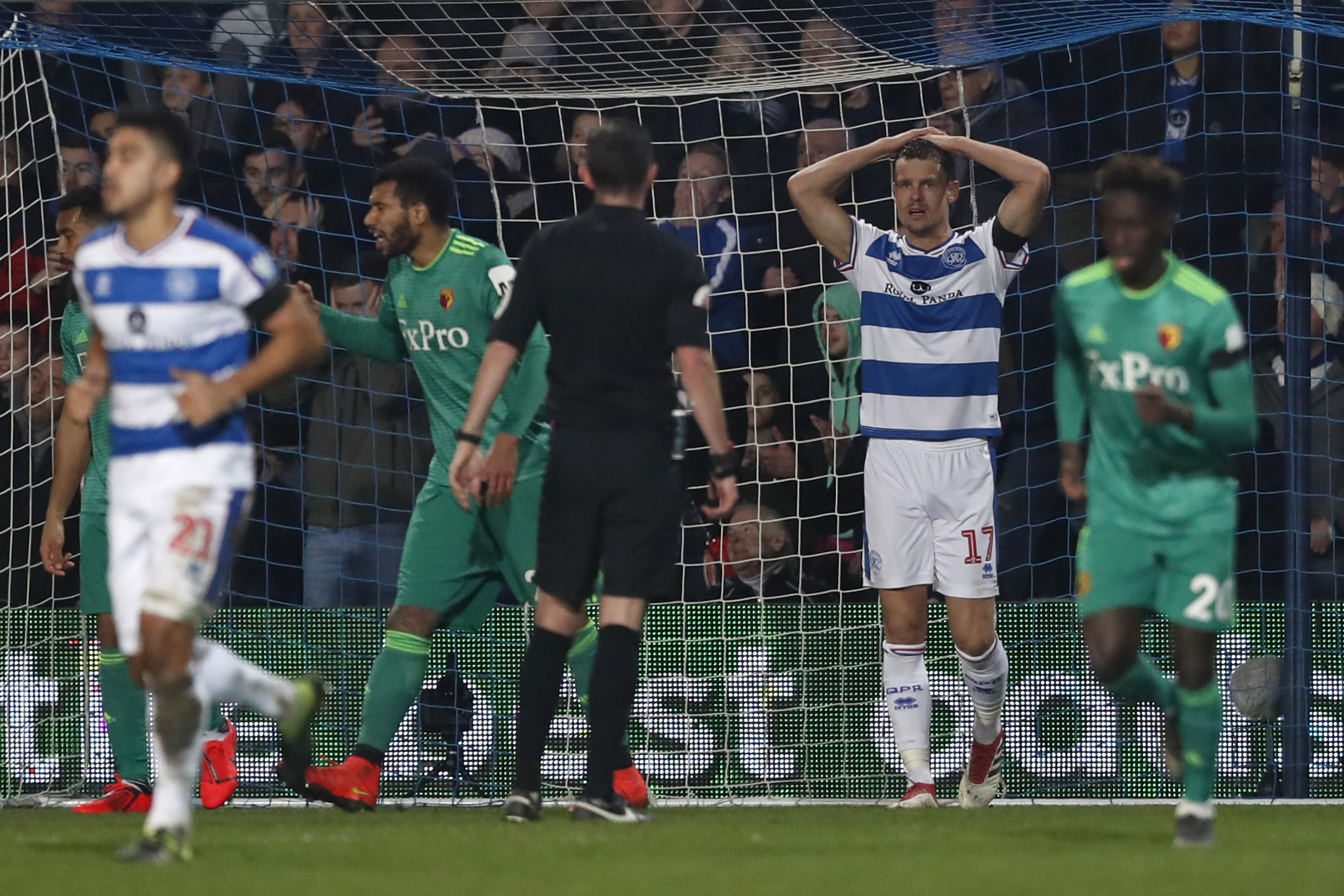 QPR made their only FA Cup final in 1982 where they lost to Spurs in a replay settled by a Glenn Hoddle strike.

Watford also finished runners-up two years later when a team including John Barnes lost 2-0 to Everton in what remains the Hornets’ solitary appearance in a major final.

A warm minute’s applause to honour the life of Gordon Banks preceded kick-off.

After a slow first 15, QPR ramped it up with the likes of Jordan Cousins never giving Watford a moment’s peace.

While Luke Freeman looked the most talented player on the pitch, despite his Championship status.

His career never hit the heights his potential suggested back then but in the first half here he was mesmerising, showing a deft touch, clever movement and picking out team-mates at will. 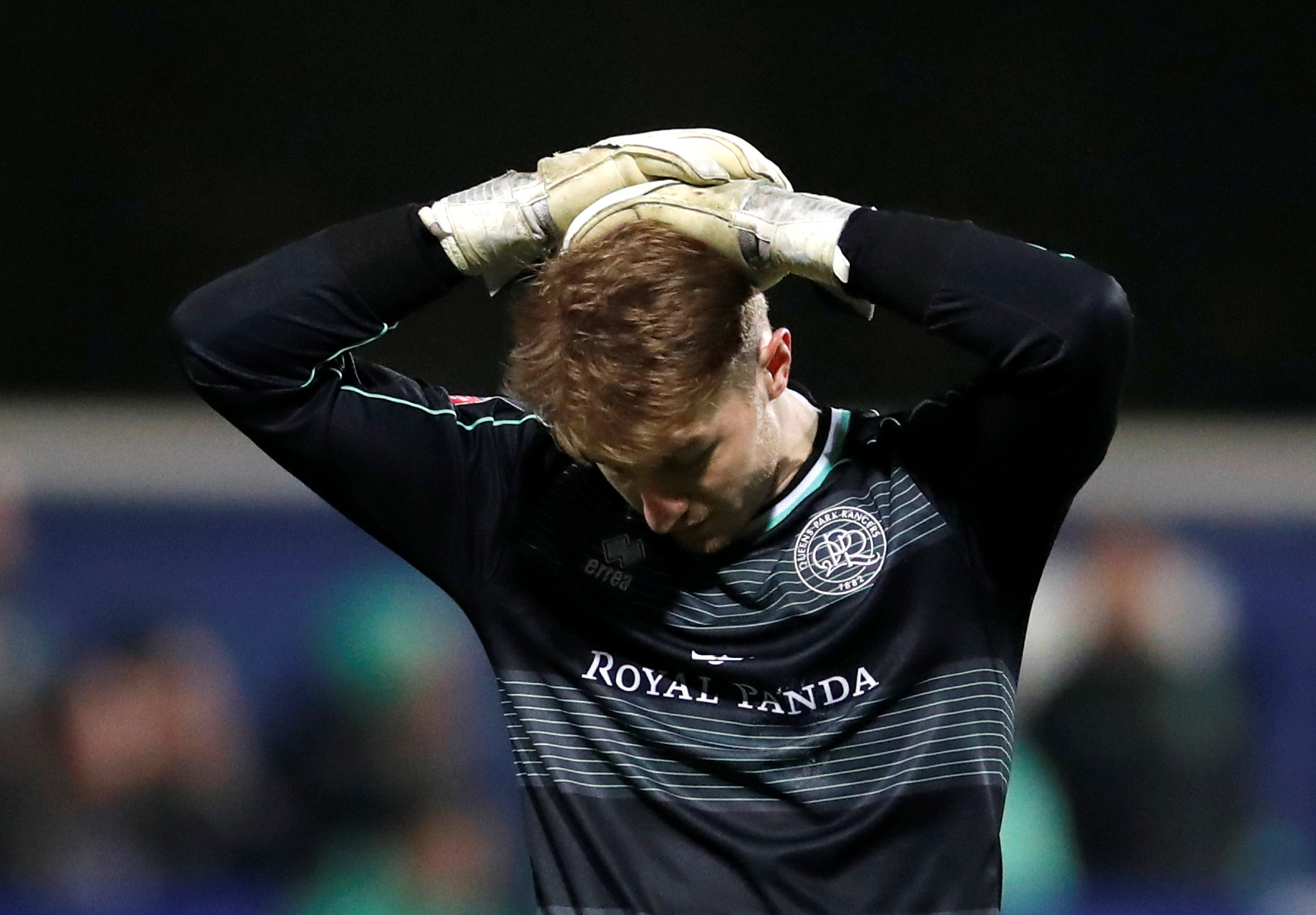 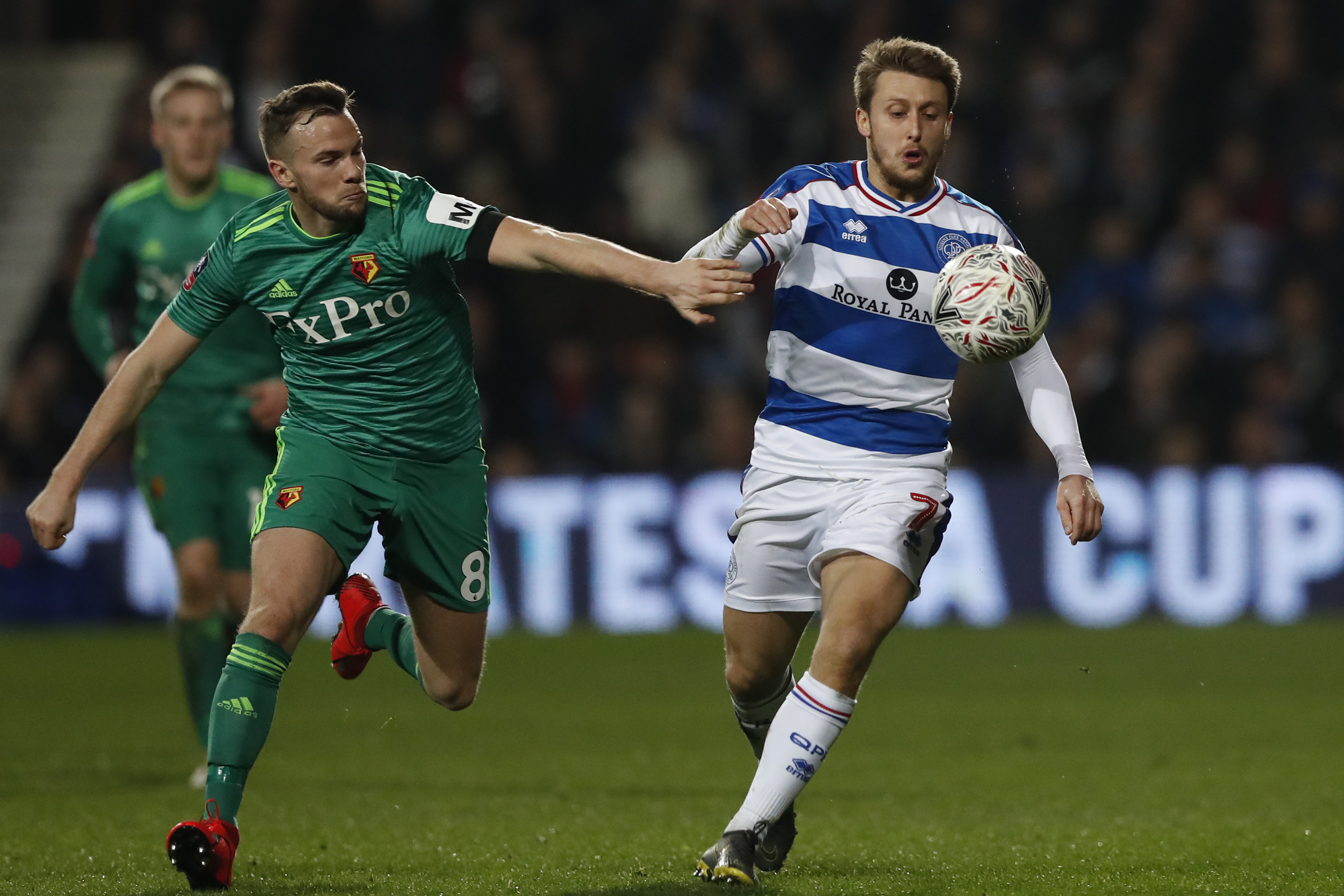 His plucking of the ball out the air on 24 minutes deserved a highlights reel of its own and it led to Jake Bidwell slinging in a cross which Matt Smith almost turned home.

Battering-ram Smith was making a nuisance of himself and had to be bandaged up after an early clash of heads with Miguel Britos.

A hardly recognisable Daryl Janmaat, who had shaven off his locks in the week, then offered Watford’s first attempt by prodding over.

Freeman was causing problems with his delivery and when one of his corners was punched clear by Gomes, Massimo Luongo took it down brilliantly on the edge of the area and volleyed just wide.

Javi Gracia’s side looked in danger of being overrun by their diligent opponents and that was literally the case when Freeman burst clear from his own half five minutes before the break.

He eventually flicked the ball through to Nahki Wells, who had netted in the last round against Portsmouth, but the Bermudan’s first-time strike was pushed wide by Gomes. 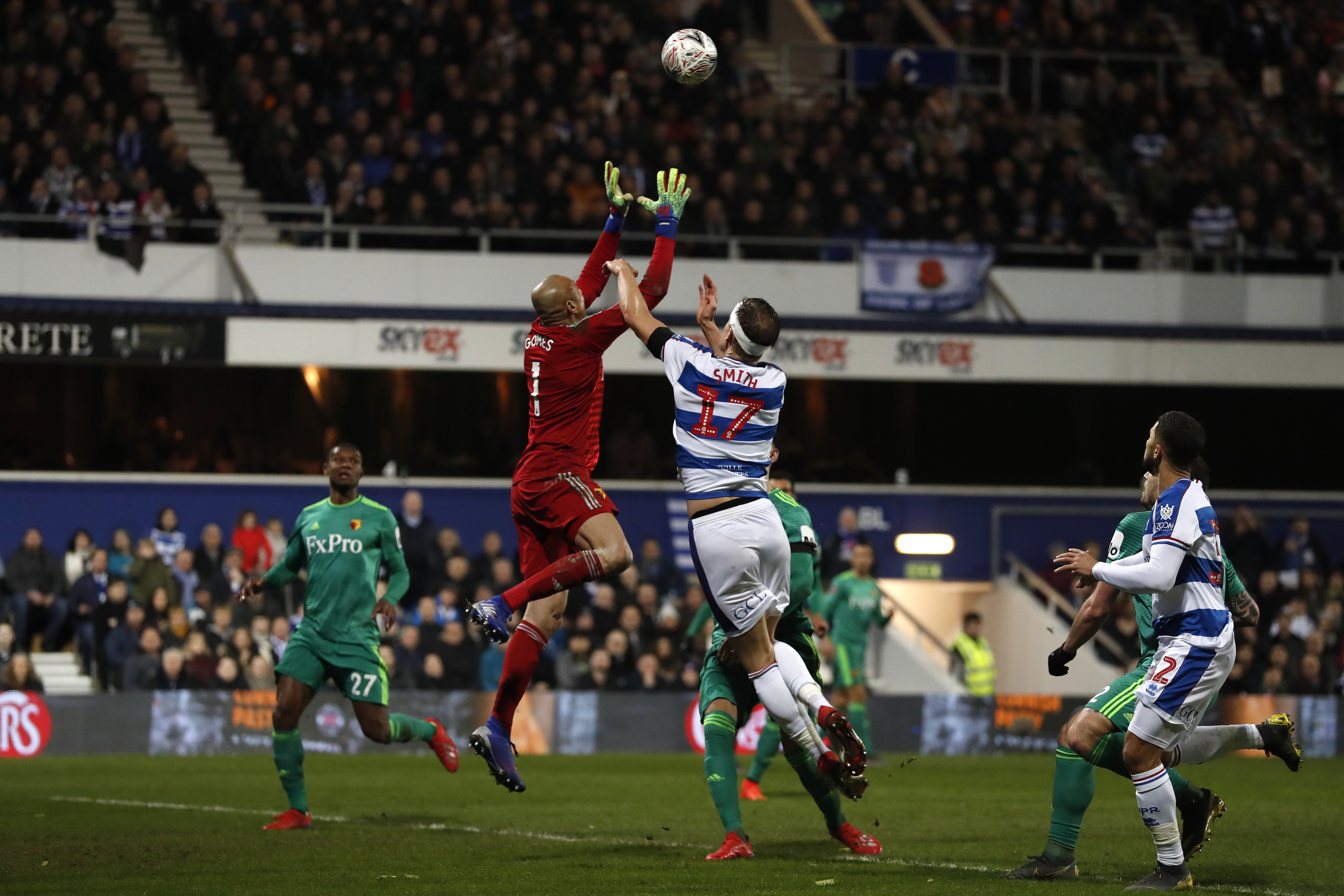 QPR were on top but failed to capitalise on it – and in the dying moments of the first half they were punished for their wastefulness.

Tom Cleverley mishit a shot from Jose Holebas’ cross and there was Capoue to stab home his third of the season.

It was harsh on the hosts who had been the better side – as pitch-guest Bobby Zamora claimed at half-time.

Zamora netted one of the most-loved QPR goals in recent times when he struck the winner of the 2014 Championship play-off final against Derby – then bossed by current Rangers’ chief Steve McClaren.

Troy Deeney claimed a penalty when the ball bounced up and struck Grant Hall’s arm – but ref Michael Oliver correctly deemed the R’s defender to know nothing about it.

Wells was gifted a great chance when Christian Kabasele passed straight to him, but the ex-Huddersfield striker curled a yard the wrong side of the post.

Watford had the ball in the net for a second time with 18 minutes to go as Andre Gray turned home, only to be judged marginally offside as he raced onto Deeney’s pass.

QPR missed a golden chance with three minutes to level.

Darnell Furlong blasted across the six-yard box but somehow Toni Leistner fired wide at the far post – much to birthday boy Gomes’ relief.