Learning about ‘‘peaking’’ is a massive tool for carving out winning margins. Trainers talk about it, punters must respect it, and this is where the supreme value can be found.

Some produce their best first-up, others peak after one run, many hit the top of the hill third or fourth run in, some even longer. 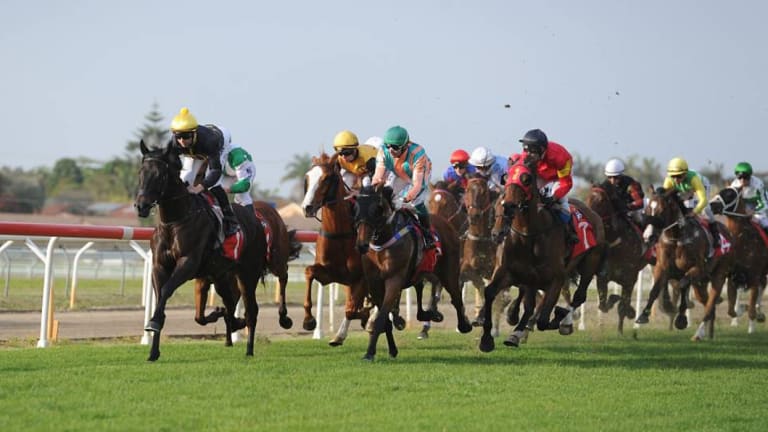 A good track is expected for Monday’s seven-race card at Taree.

At Taree today, two runners slip into a ‘‘peak’’ zone at good odds.

In race three Go Lassie Go ($6.50) looms as a ‘‘peak’’ runner third-up in her first campaign from a stable renowned for getting horses up early in the prep.

Go Lassie Go worked home OK on debut at Quirindi over 1200m before stepping to 1400m on the same track and improving lengths. She was caught wide and had to do a stack of work from the half mile, but kept coming and wasn’t beaten far. This maiden has more depth and quality, but she is still rising and beautifully placed over this trip.

You could chart a similar – albeit much wider market – argument for local five-year-old mare Valbeata ($9.50) in race seven.

She hasn’t started for nearly seven months, and this is a challenging first-up task in a BM66, but her ‘‘peak’’ is likely to be right now. She powered home to win first-up last time at this track off an even longer break, and local trainer Bob Milligan is also shrewd at knowing when to produce them.

Valbeata has a strong fresh record and is best served ridden back and saved for one run. She gets all those ingredients here, and a little weight claim with Ceejay Graham aboard. She raced up to BM85 in the autumn grade and continually found the line.

Yes, against some hard fit opponents, she concedes ground in the market, but peak time might just come early here for one of the local flyers.