Premier League will use NHS track and trace app to try and persuade the Government to allow fans to return as top flight is left baffled that the Royal Albert Hall can have 3,000 spectators attend performances over Christmas

The Premier League will make a fresh attempt to persuade the Government that it is safe for fans to return to all sport, arguing that it will play a crucial role in demonstrating how to behave safely in public while controlling coronavirus.

Making it compulsory for returning fans to download the NHS track and trace app, which would bolster the Government’s campaign to encourage the public to engage with track and trace, is one option being considered by clubs as they attempt to convince the authorities that fans can come back safely.

And Government sources have stressed that the issue remains under ‘constant review’ giving a flicker of hope to sport. 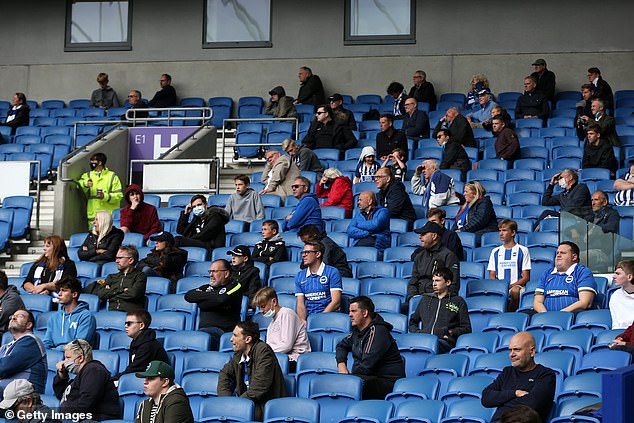 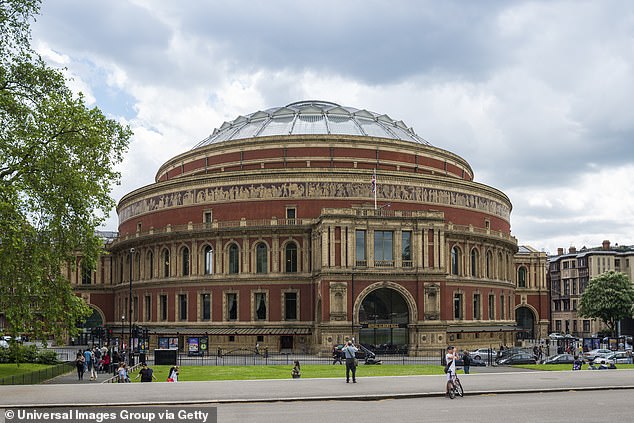 The development comes as The Mail on Sunday can reveal:

Clubs are increasingly bemused and frustrated by the Government’s position forbidding the return of fans to sport while indoor arenas begin to open to spectators.

While respectful of the increasing infection rates and mindful that clubs located in lockdown areas might have to wait, clubs are flabbergasted that the Royal Albert Hall has announced a socially distanced Covid-secure programme over Christmas, which will fill more than 50 per cent of their capacity.

The Royal Opera House is aiming to run at about 40 per cent of its 2,256 capacity. Football clubs, however, have been told there is little prospect of fans coming back until March 2021. 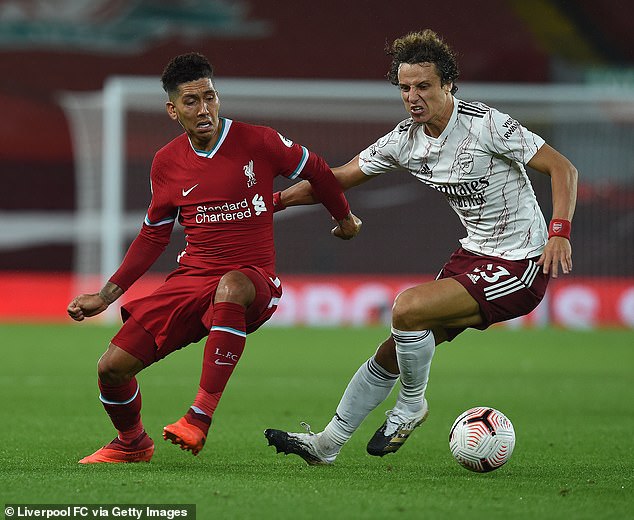 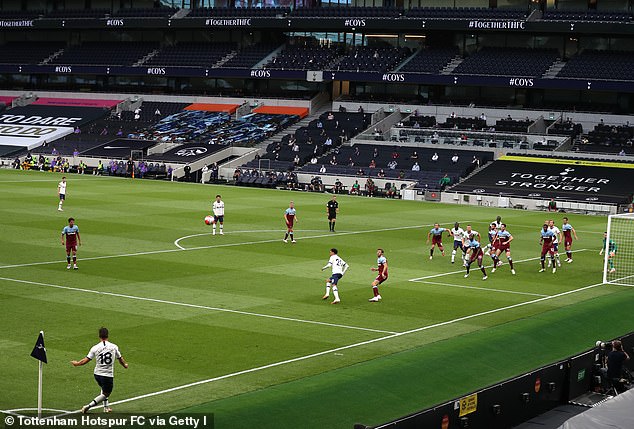 There is fear among some in the game that a public-school dominated Conservative Government is reverting to its instinctive mistrust of football fans. Asked whether it was one rule for opera fans and another for football fans, Brighton chief executive Paul Barber said: ‘I hope that isn’t the case.’

Commenting on the Royal Albert Hall’s plans to have 56 per cent capacity indoors when test events in sport have been suspended and clubs were only initially asking for a maximum of 30 per cent capacity outdoors, Barber said: ‘I don’t understand the difference. I appreciate football fans have to get to stadiums by public transport but an event in London is going to be even more reliant on public transport than we would.

‘I do hope it will be reviewed. We have to be respectful of the infection rate and what the Government is trying to do. Health is paramount and people’s lives are paramount, but we have to strike the balance between that and trying to get our business back. Of course, we have the TV income and that’s hugely valuable but less so as you go down the leagues so we have to be able to open the doors.

‘3,000 would be a nice start. We’ve spent 111 of our 119-year history outside the Premier League, so we know what it’s like. And for those clubs, those sort of numbers would be life-saving right now. So as much as I’m making a plea for our club, I’m making an even bigger plea for clubs down the football pyramid as it’s absolutely essential for them to get fans through the doors.

‘We haven’t used furlough, we haven’t applied for any Government loans, we haven’t asked for a handout. We’re happy to stand on our own two feet and pay our own way and support the local economy but to do that we have to run our own business.’

Brighton have now been able to analyse the impact of their test event against Chelsea, when 2,524 fans were allowed back in their 30,666-seat stadium.

Rob Galloway, who is the club doctor responsible for the Amex Stadium and is also A&E consultant at Brighton and Sussex University Hospital, said: ‘The event had no effect at all on transmission in Brighton. What you would be looking for is the figures three or four days after the match and there’s no discernible increase.’ 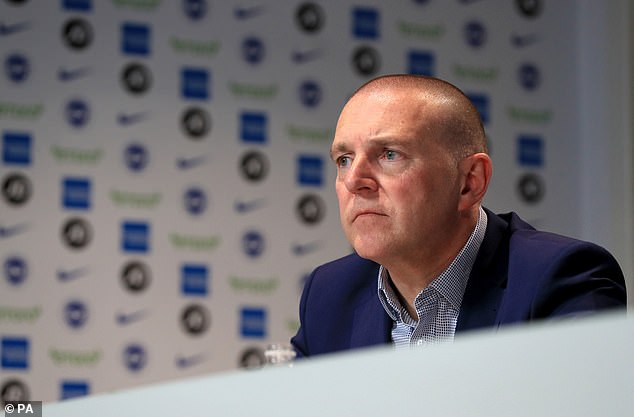 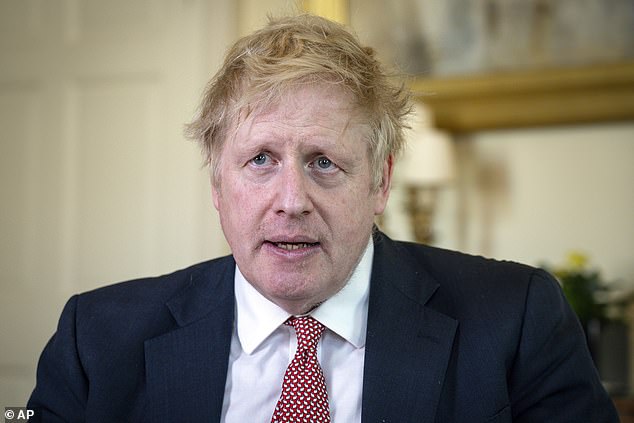 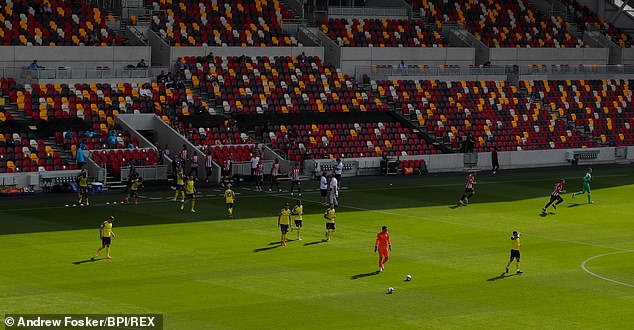 Brighton had staggered entrance and exit times with post match entertainment provided, digital ticketing which required photo ID to ensure compliance with track and trace, three seats between fans in a special configuration and a clear ‘give way’ system for moving around the stadium.

DCMS sources say that the situation is not fixed until March, though stress that everyone has to be mindful of the rate of infection. It is understood that Government medical officers were concerned about the amount of travel involved in attending football matches as opposed to concerts, though clubs have offered to mitigate that.

The Government has set up a Sports Technology and Innovation Group to look at technology which can aid the return of fans, and Barber added: ‘Don’t get me wrong, we’re not being reckless, not being tone deaf to rising infection numbers and the number of people who have lost their lives. It would be totally crass and insensitive to forget and ignore what has happened and is happening.

‘But at the same time we want to protect jobs and livelihoods and ensure that for our local economy and many other clubs’ local economies, that we don’t put people in an even worse position than they been put in the last six or seven months.’

‘Bachelorette’ Clare Crawley’s lust for Dale Moss explained by neuroscientist
We and our partners use cookies on this site to improve our service, perform analytics, personalize advertising, measure advertising performance, and remember website preferences.Ok