PREMIER LEAGUE transfer target Gonzalo Plata has admitted he knows he could face a jail sentence after making a grovelling apology over his alcohol-fuelled crash.

The 22-year-old Ecuadorian international was found to be more than twice over the drink-drive limit after smashing into a taxi and injuring two people including a woman passenger just before 7am on Wednesday. 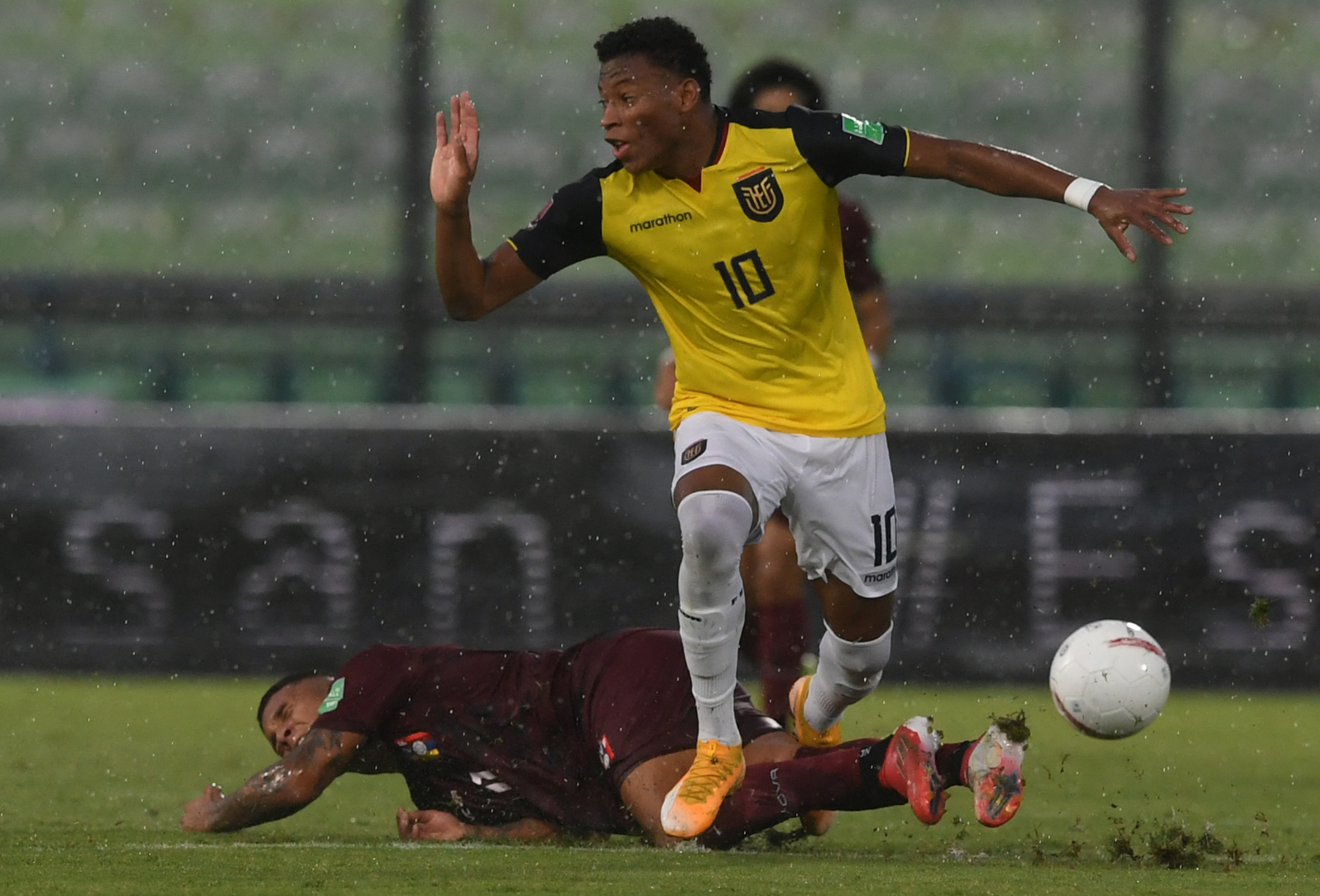 He was with an unnamed footballer from Numancia, who play out of the northern Spanish city of Soria near Valladolid, at the time.

Yesterday Plata, who is currently on loan from Portuguese top-flight side Sporting at Ronaldo Nazario-owned Spanish club Real Valladolid, revealed he had spoken to the two casualties after his 'bad act.'

The winger, who has been linked to the likes of Leicester, added: “The two people who were hurt are OK.

“I spoke with them a short while ago.

“I had to face up to things. What I did is not good and more so when you’re a footballer.

“I had a really bad day yesterday thinking about what could have happened to the two people in the taxi and my friend.

“I know things could have turned out a lot worse. There’s no justification for what happened. It was a bad act on my part knowing I had to turn up for training and letting myself get carried away with nightlife.

CAN LIV WITH THAT

“People have placed their trust in me and I’m very sorry for what occurred.”

He went on to apologise to the people of Valladolid, Ecuador and his family including his doting mum who he admitted 'must be suffering because of what is happening'.

Plata spoke out at a press conference after returning to training for the first time since Wednesday morning’s incident.

Team-mates received him by lining up in a row either side of him and taking it in turns to slap him round the back of the neck as he walked past them.

The players’ playful response was branded 'bad taste' by some social media users given the fact two people were taken to hospital, with one fan saying: “If they want to do something like that it should be in the dressing room rather than in front of the cameras.”

Promising to open an internal investigation and take the appropriate disciplinary action once it had all the information at its disposal, it added: “We regret the injuries suffered by the people who have been involved in the accident, who, luckily and according to the information we have, are in good condition.

“Regardless of the player’s individual responsibility and without prejudice to the measures that the courts take following this incident, our internal regulations and the code of conduct of the Club are very strict when it comes to this type of behaviour which undermines our values as an institution.

“We take the opportunity to remind people of the dangers associated with recklessness and consumption of alcohol and other substances.”

The speed limit at the crossroads where the collision occurred is just over 18mph.

Local reports say the passenger in the taxi was thrown from the vehicle and the driver had to be helped out through the broken windscreen.

Plata is expected to face a heavy club fine, but because of the blood alcohol content that showed up when he was breath-tested after the crash, he will also be prosecuted.

The South American, seen as a rising star, has impressed fans at Real Valladolid where he has scored four goals since moving to the side on loan at the end of August.

He has scored five goals in his 14 appearances so far with his national team.

News of the incident which now threatens to affect his progress at his new club came a day after the team’s owner defended Neymar over his partying.

Brazilian legend Ronaldo, who became the majority shareholder at Real Valladolid in September 2018 after buying 51 per cent of the shares, told a Podcast: “I suffered the same as Neymar.

“The private life of a well-known or famous person or of an athlete, shouldn’t matter to anyone.

“What does it matter what someone drank, ate or didn’t eat!”

As well as Leicester, West Ham and Newcastle were also said to have been charting the progress of Plata before his brush with the law.