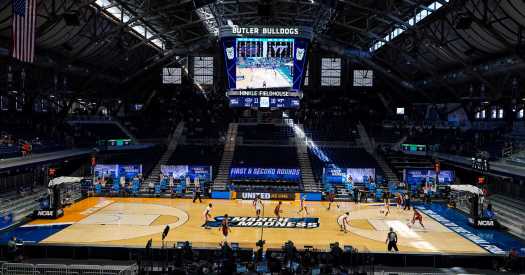 The nation’s celebration of college basketball has been a rite of spring for decades, a phenomenon that fans could not imagine a March without — until last year, when a catastrophic pandemic had started to claim the lives of millions around the world.

As many sports leagues dimmed their stadium lights, fans were left to wonder if the N.C.A.A. basketball tournaments would return the following year. And what they might look like.

Now the men’s and women’s tournaments have been restored, and some of the fans are back, too. Old-timers and newcomers have found respites from the losses of the last year, along with a glimmer of normalcy among the upsets and overtimes. 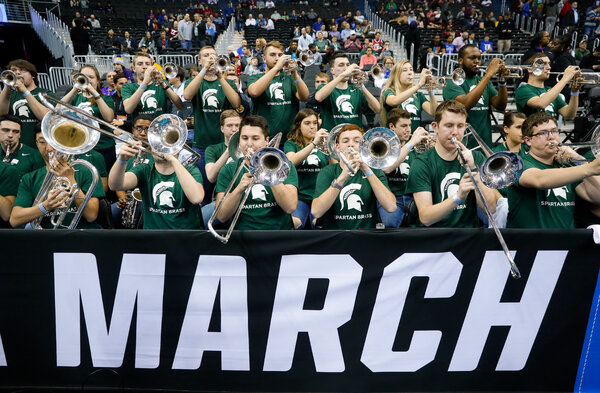 The tournaments usually sprawl across more than a dozen cities, allowing fans, bands and cheering squads to celebrate and commiserate with their teams in person. Tens of thousands of spectators come to see their schools rise or fall on the national stage.

That has been absent this year: no school bands to offer preludes or interludes to the action, no cheering squads to liven the courtside scene. There are only prerecorded music and messages that echo off the walls of the largely empty arenas, filling in for some of the missing crowd noise.

Both tournaments are being held in single regions this year. In Indianapolis, where most of the men’s games are being played, a limited number of spectators were allowed to attend. Small pods of fans walked between bars and restaurants in team gear during the first two rounds. There was hardly a street without a sign bearing a “March Madness” logo, a pop-up stand selling thematic merchandise or a view of the giant bracket adorning the J.W. Marriott.

In San Antonio, where most of the women’s tournament is being held, there have not been as many banners; no vendors or fans bustling about yet. Only a limited number of guests invited by the teams were offered seats for the first two rounds — one of the many differences between the two tournaments that have highlighted inequities in the treatment of men’s and women’s college sports.

What Is the Same

The surroundings, ambience and setups are different, but the athletes came here to do a job that has been the same since the dawn of sport: win.

On the court, the action is the same — from victories to tough breaks to the tournaments’ first buzzer-beater — with the same tension, camaraderie, revelry and heartbreak emanating from the bench. There is definitely still enough madness to go around.

Arenas have slashed their maximum capacities to encourage social distancing; signs and roped-off areas prevent people from making too many new friends. Hand sanitizer and temperature checks greet the masked fans, and cleaning crews spray down bleachers between games.

The N.C.A.A., in accordance with local health regulations, has players undergo daily virus testing, spend much of their time isolated in their rooms and wear masks to and from practices, games, meals and meetings.

Even though most of these guidelines are meant to keep people apart, they have also helped people come together over basketball again. March Madness is different, sure. But it’s still here.