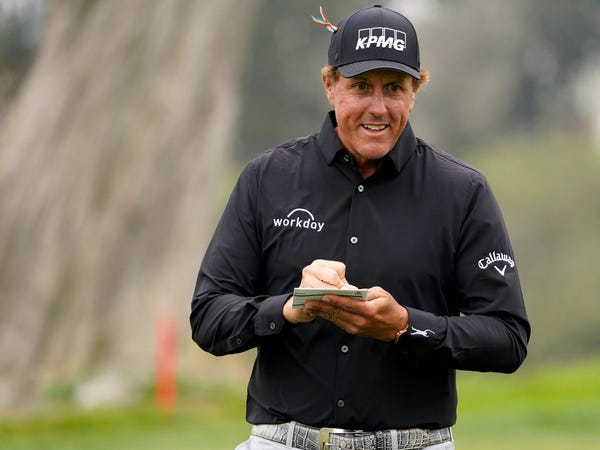 This weekend some of the biggest names in golf are competing in the CJ Cup at Shadow Creek in Las Vegas for their share of a $9.75 million purse.

But for Phil Mickelson, the $1.75 million top prize wasn't enough to convince him to take on the course for one simple reason: he already won $9 million there a couple of years ago.

Shadow Creek was the host of "The Match" between Mickelson and Woods back in 2018, at which Mickelson bested Woods on the final hole to take home $9 million. According to Mickelson, playing this week at Shadow Creek was bound to be a letdown, no matter how well he played.

"Even if I beat all 78 guys, it would still be a letdown," Mickelson said Thursday. "I made so much more last time I played that I just didn't see the benefit. Sorry."

Thankfully, golf fans won't have to wait long to see Mickelson back on Tour, even if there aren't any events coming up with a $9 million top prize. Mickelson plans to play next week's Zozo Championship as a part of his preparation for the 2020 Masters in November.