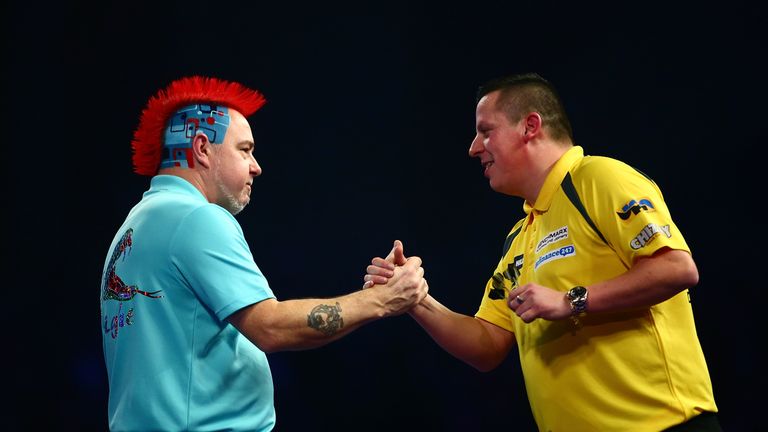 In the fifth instalment of our series, Peter Wright chooses his third-round clash against Dave Chisnall at the 2016 World Championship as his greatest game.

It may not have all gone right for Snakebite at the Champions League at the weekend, but Wright has enjoyed a stellar career.

Going into the 2016 Worlds, two years on from his runner-up finish at Alexandra Palace, he was ranked as the number four player in the world and had won three Players Championship events that year while also registering his first nine-dart finish.

Snakebite had beaten Keegan Brown and Ronny Huybrechts without dropping a set ahead of the clash with Chizzy in the last 16.

The pair traded blows for the opening six sets with both players averaging over 100 in the game as it went to deciding set.

“It was very difficult because I don’t think I had ever beaten Chizzy that many times before, but he hadn’t been past the last 16 before at the Worlds,” said Wright. “I was confident in a way but knew I had to play well, or I would go out.”

Wright took an early break in the deciding set but Chisnall hit back immediately to level and then missed a dart for the match. Snakebite took out 127 to break again and go 4-3 ahead in the set before he missed the bullseye for the match. Chisnall responded by taking out 130 to level again but Wright held his nerve to take out 12 and claim the final set 6-4.

“There were loads of 180s and good high finishing from both of us. It was high quality leg on leg, we were battering the board and battering each other. Other games I have played there have been some great bits and some rubbish bits but that was good all the way through.”