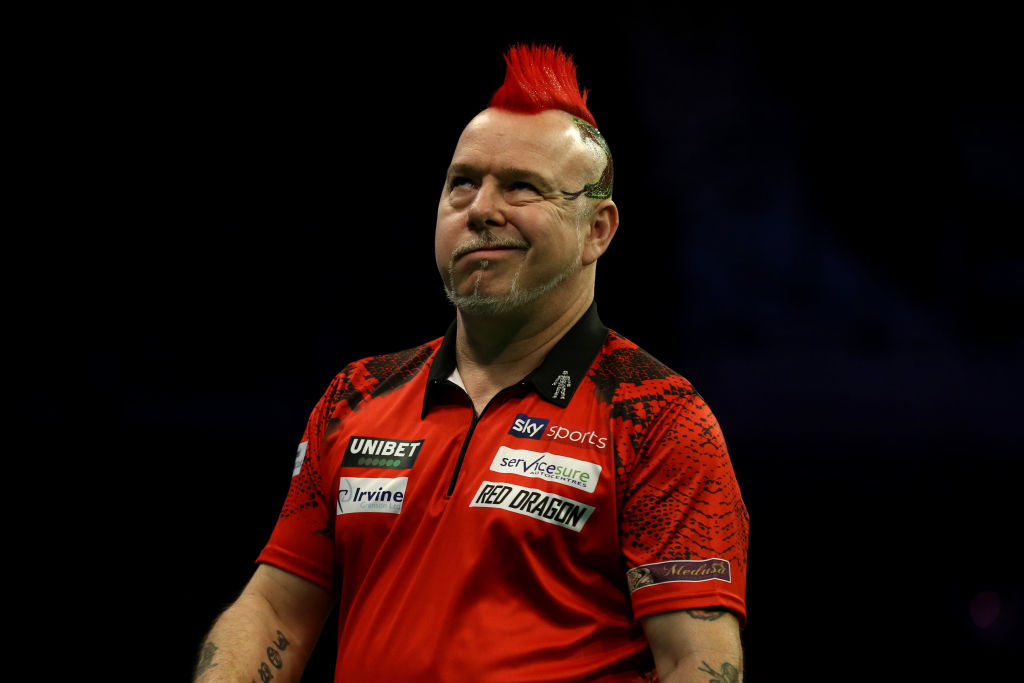 Gerwyn Price is aiming to dominate darts and rule over the sport just as Phil Taylor did in the past, but Peter Wright reckons he has got no chance of doing that.

The Iceman is world champion and world number one but is aiming much bigger than that, thinking he can start to mop up almost every title on offer in the PDC.

‘Give me another two or three years, I think I’ll be a lot more dominant than what I am now – even though I’m a world champ and a world number one,’ Price told Sky Sports.

‘But in another two or three years’ time, I’ll be a lot more confident, a lot more consistent. I think I can dominate a bit more then, in the coming years.’

Asked whether this would be a dominance akin to Taylor or Michael van Gerwen, he said: ‘I probably think more like Phil Taylor.

‘Michael was dominant, but he wasn’t winning every single event. Don’t get me wrong, he has won every event. But he wasn’t dominant in every event, every year like Phil was. I’ll probably look to get more towards a Phil Taylor-type dominance.’

It is a monumental target to set yourself and Wright reckons it is beyond Price, or anyone for that matter, with just far too much competition at the top of the sport.

Although Snakebite also reckons the Iceman doesn’t have the right technique to replicate the dominance of the Power.

‘He’s a very good player, a fantastic player but I don’t think his throwing action lends to being that consistent,’ Wright told Metro.co.uk.

‘Yes, he’ll get a lot of tournaments, he’ll win lots, but nowhere near as much as he thinks.

‘Taylor could go a whole year without losing any tournament, that includes the floor, and there’s no way in the world Gezzy could do that.

‘There was 30 Players Championships last year, if there’s 30 next year, no way in the world he could win half of them, no way.

‘You’ve got myself, Krzysztof Ratajski, obviously MVG, Luke Humphries, all these guys who can play fantastic darts.

‘He can’t dominate, nowhere near, not with the calibre of players that are around.’

Price will be looking to start his planned era of domination on Wednesday night when he begins his World Championship defence at Alexandra Palace.

The 36-year-old won the world title for the first time in January and begins the defence against either Ritchie Edhouse or Peter Hudson, who play each other earlier on Wednesday evening.

Assessing this year’s World Championship, Price sees himself as the favourite, although admits that his closest rivals are not too far behind him.

‘It’s definitely competitive,’ Price told Metro.co.uk. ‘I don’t think I’m way, way out in front, although I do think I’m in front.

‘I think Jonny [Clayton] is one of the most in form players of the year, but form over the last 12-24 months I definitely believe I’m still at the top of the tree and the man to beat.

‘Jonny is close second, Peter then Michael [van Gerwen]. There’s other boys I think could win it as well. Michael Smith is coming into some form, Joe Cullen’s playing really well, James Wade is scoring better than ever. But it’s whoever believes they can win it most.’