Peter Wright became the highest-profile exit at the World Darts Championship as Spain’s Toni Alcinas stunned the world number three with a 3-1 second round victory.

2012 runner-up Wright, dressed mohican-to-toe in Santa attire, missed 23 darts at a double on his way to a second-round exit for the second year in succession.

Michael van Gerwen, Gary Anderson and the defending champion Rob Cross have headlined the opening three nights and all have responded with 3-1 victories but Alcinas was good value for his spectacular victory ahead of a flight home and return to work on Monday morning.

The Spaniard reached the third round last year and is no stranger to upsets having teamed up with Carlos Rodriguez to beat Phil Taylor and James Wade at the 2010 World Cup of Darts, but he called his victory one of his greatest moments.

Attention now turns to Raymond van Barneveld and Anastasia Dobromyslova, who enter the action on Monday night after Alcinas followed up his Saturday night win over Craig Ross with a Sunday night performance to savour. 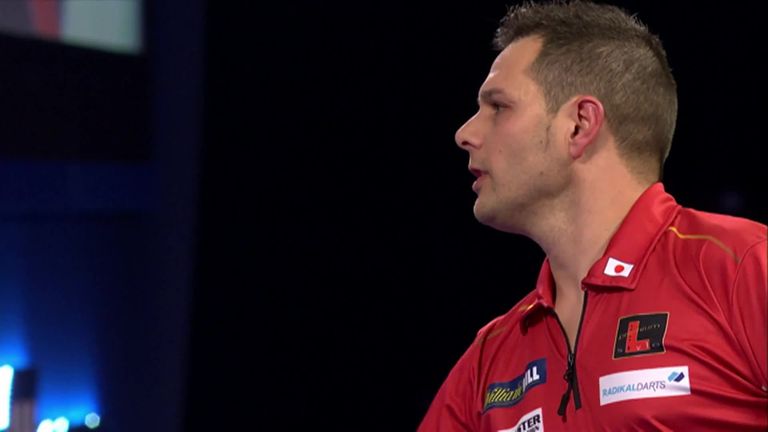 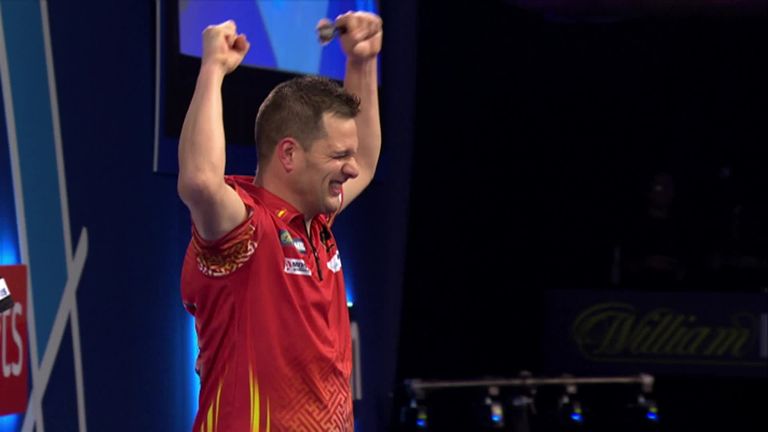 After a second-round defeat to Jamie Lewis last year, Wright arrived at Ally Pally with his sights set on the title but Alcinas stunned the world number three from the off by taking the first two legs of the match

To borrow a phrase from his walk-on, Snakebite got his party started with a sizzling 167 check-out and with the pair locked at two apiece, Alcinas stole the opening set with a brilliant three-figure finish of his own, taking out 109 to hit the front. 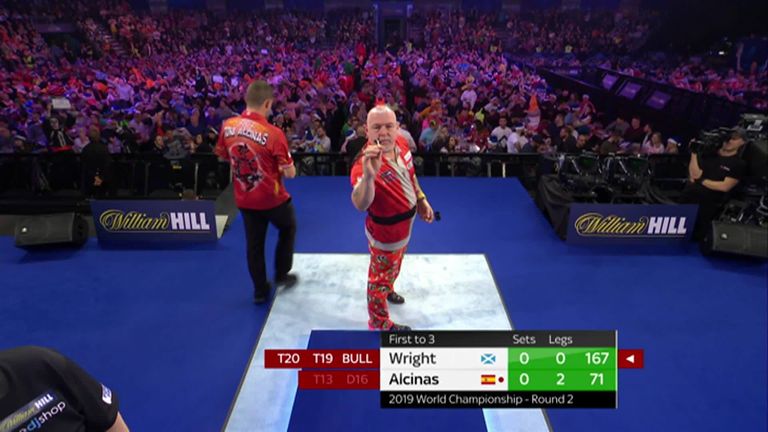 Wright took out the first leg of the second set and looked to be gathering himself for a push but he frittered away more chances as Alcinas, guilty of missed doubles himself, held his nerve to take out the next two legs.

With Wright’s scoring beginning to drop along with his doubling disasters, Alcinas moved within a set of the match with a 13-dart leg. But with the finishing line in sight, Alcinas wobbled and Wright began to find his mojo, a brilliant 10-dart leg the highlight of Snakebite’s romp through the third set with three successive legs.

Wright made it four on the bounce by winning the opening leg of the fourth before Alcinas stopped the rot with a classy 80 combination to move within two legs of a stunning win. 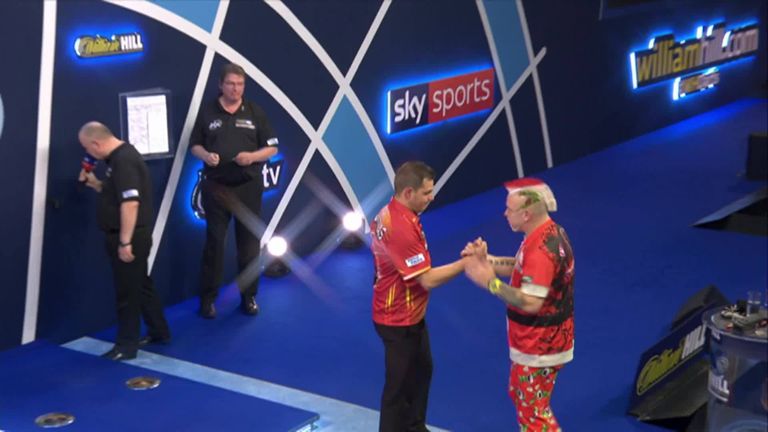 Double three kept Wright in front but double nine moved Alcinas to within one of his landmark moment, Snakebite had the throw in the fifth leg but the Spaniard produced a brilliant leg to leave 84 after nine darts.

Wright could not take out 161 and Alcinas, with three darts in hand, pinned double 16 with his first arrow and cause the tournament’s first major shock and leave the bottom half of the draw wide open. Ross Smith proved too strong for the legendary Paul Lim, overcoming a mid-match wobble to beat the 64-year-old and advance to a second-round meeting with Daryl Gurney.

Lim, who made his World Championship debut in 1982, reached the second round last year, firing eight perfect darts before falling short with his final throw against Gary Anderson.

But there were no heroics from Lim this year as Smith blazed out of the starting gate with a near three-figure average and some big finishes to take the opening two sets. 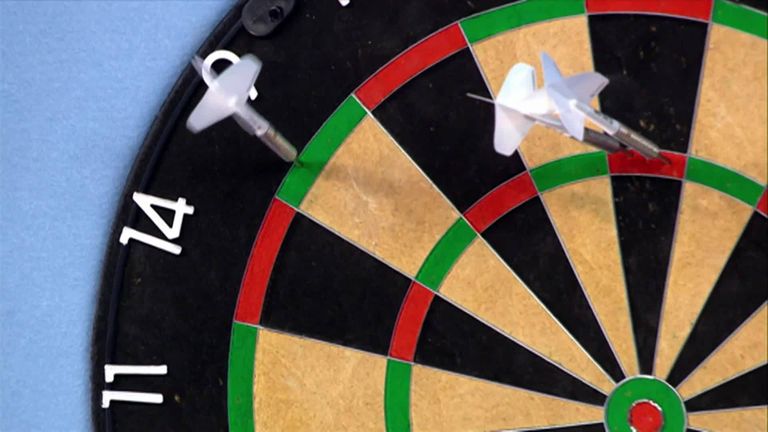 The Singapore Slinger, who had only won a couple of legs in the first two sets, swept through the third, winning all three legs to give himself hope of what had looked like an unlikely comeback.

A couple of missed darts at double from Lim in the opening leg of the fourth stanza proved pivotal as Smith pinned the bullseye for a classy 84 check-out to ease through the next two legs and seal his place in the last 64. 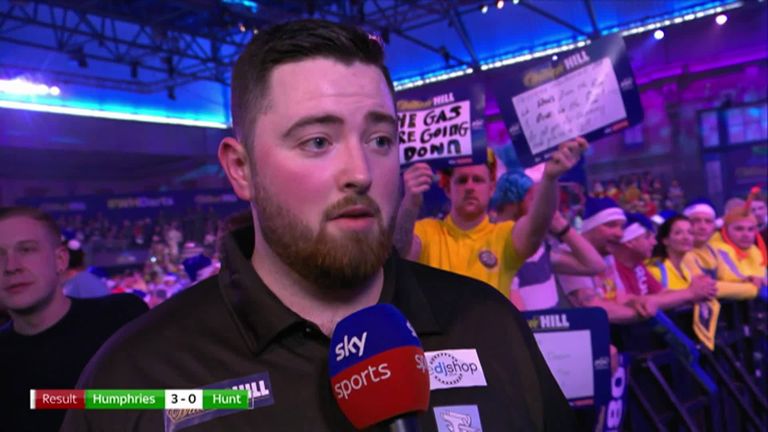 Humphries, the 23-year-old who tops the Development Order of Merit, won nine successive legs, fired five 180s and a 97.58 average on the way to his first ever win on the Ally Pally stage.

‘Cool Hand’ was beaten by Jeff Smith in the preliminary round on his debut last year but underlined his potential with a classy display that will have been noted by second-round opponent Stephen Bunting. 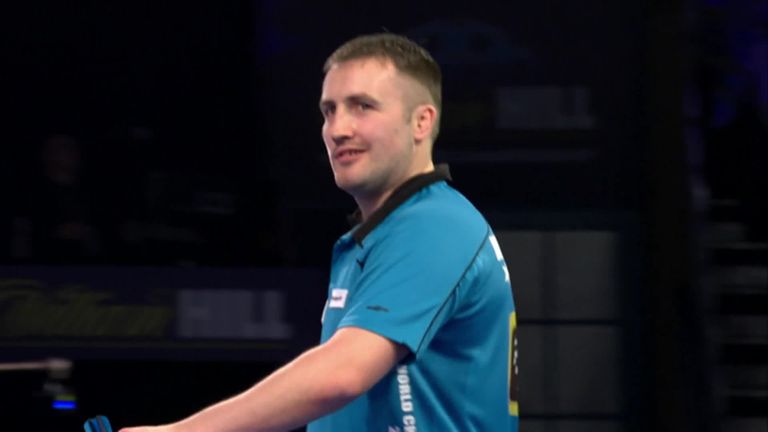 Labanauskas reached the BDO World Championship last eight in 2017 and showed superb recovery skills to bounce back from losing the first set to reel off the next three and move into a second-round showdown with Raymond van Barneveld on Monday night.

Edgar started brightly but faded as Labanauskas upped his average to an impressive 93 as he won nine of the last 10 legs to rally from a set and a leg down to begin his campaign in style.

Dave Chisnall produced a stunning fightback to end the hopes of 2017 World Youth finalist Josh Payne with a 3-2 win.

Chisnall was aiming to make amends for last year’s disappointing early exit to Vincent van der Voort, and he stayed calm under pressure to mount a comeback and make it through to the third round.

Payne averaged 115, hit a 180 and finished with a 125 to take out the first set before romping away with the next. But the St Helens man found some form to hit back and complete a remarkable victory.

Germany’s Gabriel Clemens, who has already reached a maiden final on the Players Championship circuit in May, brushed aside Aden Kirk, a one-time conqueror of Phil Taylor, 3-0 to set up a meeting with big John Henderson.

William O’Connor ended the hopes of Dutch debutant Yordi Meeuwisse with a 3-0 scoreline and the Irishman will now take on James Wilson in the second round and Brendan Dolan next faces 14th seed Joe Cullen after seeing off Chinese qualifier Yuanjun Liu 3-0.

You can follow every dart from every session of the World Darts Championships on Sky Sports Darts, check out the full schedule here. You can also stay up to date with all the action behind the scenes by following us @SkySportsDarts and get all the latest news, previews and interviews by heading to www.skysports.com/darts