Cricket Australia denies it has been involved in pitch doctoring at the sport's new $1.6 billion venue on a day Indian skipper Virat Kohli threw down the gauntlet to Australia's fast bowlers.

The tourists have spoken a tough game heading into the maiden Test at Perth's Optus Stadium, declaring they are ready to tame what shapes as a quick, green and lively deck. 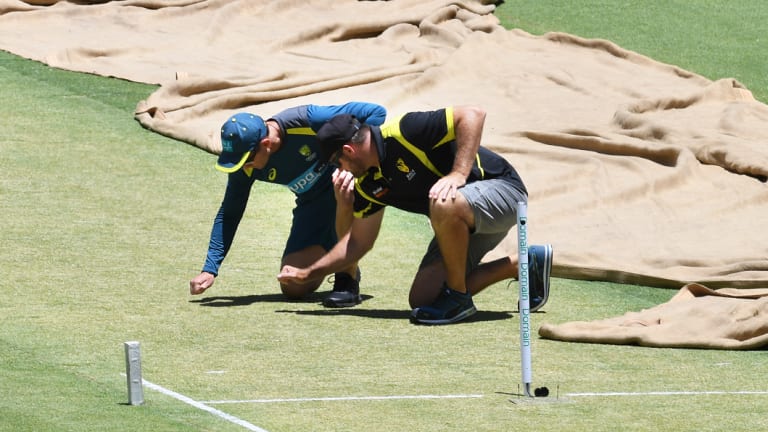 However, eyebrows were raised when stadium curator Brett Sipthorpe declared in The West Australian that CA had requested a frighteningly fast and bouncy Perth pitch to unsettle an Indian side more accustomed to placid home conditions – a claim CA vehemently denied when contacted by The Age and Sydney Morning Herald.

"They want to see this place fly. That's like an early Christmas present to me. To get that fear in the eyes of the opposition turning up and seeing it fly … beautiful," Sipthorpe told the local paper.

The sport's governing body insists it never dictates how the pitch should play, only that it wants a variety of styles around the country.

A CA spokesman said the governing body had not made any specific request to Sipthorpe.

"We work with all of our venues to ensure pitches deliver a competitive match between ball and bat in all Test matches. That we see different characteristics in our wickets across our country is unique in world cricket and we should celebrate this and give freedom to our curators to bring them to the fore," the spokesman said.

The Australians often complain about doctored pitches when travelling overseas, particularly through the sub-continent. Last year in India they expressed dismay at the state of the Ranchi deck days out from the Test, fearing it had been tailor-made for the home team's spin twins Ravi Ashwin and Ravindra Jadeja.

The curator's comments also come in a year when International Cricket Council chiefs have made it clear they want more balance between bat and ball, a point acknowledged by Adelaide Oval curator Damian Hough.

Despite what appears a bid to unsettle the tourists, Kohli has declared his side is ready to deal with what shapes as a raging green top but have suffered a major blow on the eve of the second Test, with Ashwin among two enforced changes because of injury.

Ashwin, a key figure in India's 31-run win in Adelaide, has a left-abdominal strain while batsman Rohit Sharma has hurt his back. 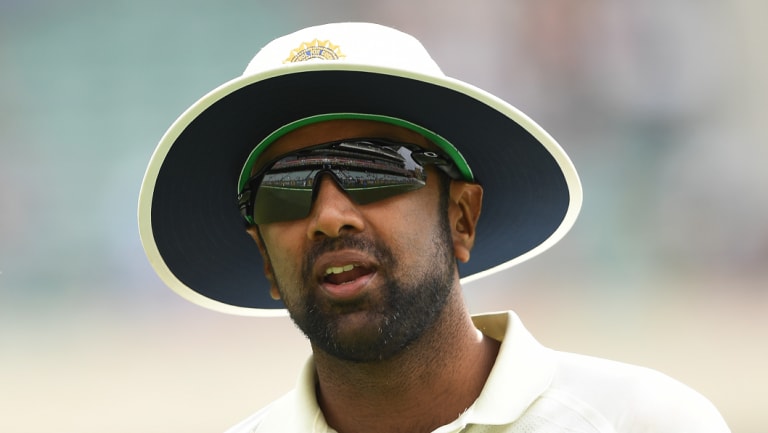 Ashwin, the wily spinner with a major trick bag, has 342 wickets in 65 Tests and claimed six wickets for the match in India's historic win this week, where he delivered a marathon 86.5 overs.

This has heightened expectation that the tourists are likely to unveil a four-pronged pace attack and will consider bowling first as they eye taking an unbeatable series lead in the best-of-four Tests to retain the Border-Gavaskar Trophy.

All-rounder Hanuma Vihari is likely to replace Sharma at No.6 and provide a part-time spin option, while either Bhuvneshwar Kumar or Umesh Yadav will replace Ashwin and join Ishant Sharma, Mohammed Shami and Jasprit Bumrah in a pace battery.

Kohli insisted he and his team would welcome the extra bounce.

"Yeah, for sure. We certainly get more excited than nervous looking at lively pitches now. We understand that we do have a bowling attack which can bowl the opposition out as much as they are convinced about their attack," he said.

"When you have four or five fast bowlers who are at the peak of their ability, it's always a great feeling to have in the side. For us as batsmen it also gives us a lot of motivation and boosts us up that we can put in those match-winning significant batting performances because we have so much belief in our bowling unit right now. We understand that if we bat well, we will definitely get the result that we want."

Kohli had a double failure in Adelaide with the bat but the world's premier strokemaker has backed himself and his teammates to follow the lead set by Adelaide first-innings century maker Cheteshwar Pujara and flourish a deck which could be dubbed the "green mamba".

"I was pretty happy to see the pitch the way it is. I hope that no more grass is taken off the pitch because that will mean the first three days will be, obviously, very lively and we as a team are happy with that," he said.

There has been considerable debate about the accuracy of the decision review system after umpires Nigel Llong and Kumar Dharmasena had decisions overturned in Adelaide.

Australian spinner Nathan Lyon was particularly frustrated, while skipper Tim Paine questioned whether the technology took into account the change in bounce as the pitch deteriorated.

Kohli revealed the tourists, who were the last team to agree to the use of the technology two years ago, had sought clarification with Llong and Dharmasena, who will both stand in Perth.