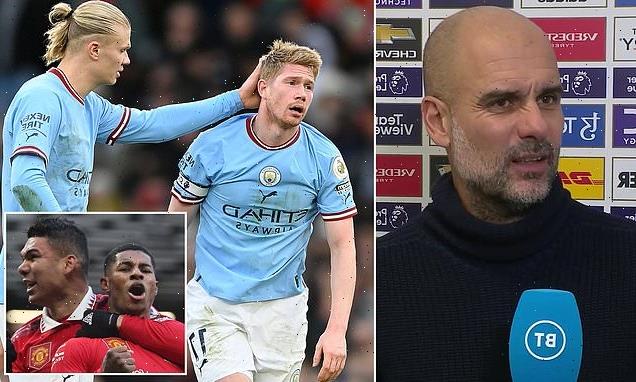 ‘I don’t care about the Premier League – we CANNOT win’: Pep Guardiola CONCEDES the title to Arsenal after Man City lost to United in the derby… and quietly fumes over VAR’s role in Bruno Fernandes’ goal

City took the lead with 60 minutes gone in the 189th Manchester derby courtesy of a header from second half substitute Jack Grealish and looked set to temporarily close the gap to Arsenal.

But Bruno Fernandes and Marcus Rashford scored twice in four minutes to seal a famous comeback for United and condemn City to their first Premier League defeat in two months. 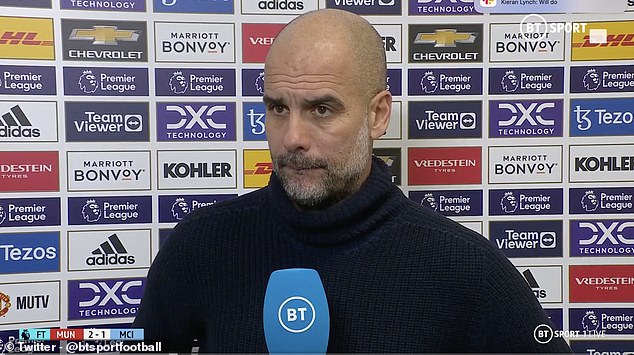 It’s also City’s second consecutive defeat in four days after they were surprisingly dumped out of the Carabao Cup by Southampton on Wednesday night.

The result leaves the defending champions five points adrift of Arsenal, who could extend their lead if they beat Spurs in the North London derby tomorrow.

United, meanwhile, are only a point adrift of their local rivals in third.

Speaking at full-time, a visibly frustrated Guardiola appeared to concede his side cannot retain the league title.

‘I don’t care about the Premier League and the Carabao Cup, we cannot win,’ he told Des Kelly on BT Sport.

The Spaniard was also unhappy with United’s controversial equaliser, which came with 78 minutes gone as Fernandes fired home after Rashford stepped aside to allow him to seize on Casemiro’s pass.

The goal was initially ruled out by the Stuart Attwell’s assistant because the England forward was in an offside position. 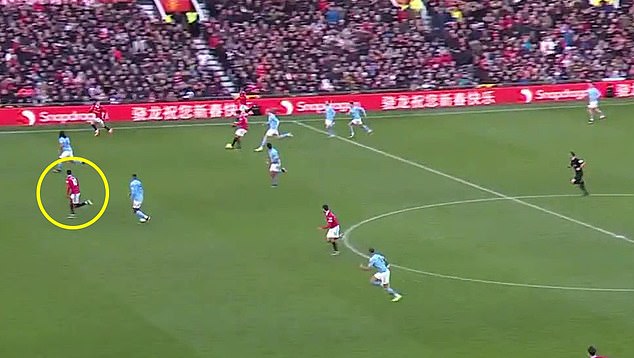 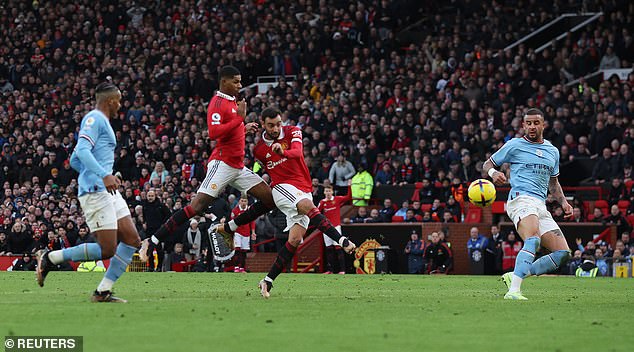 However, the decision was reversed after VAR ruled Rashford had no part in the goal given that he failed to touch the ball.

‘Well, Rashford is off-side, Bruno Fernandes is not,’ Guardiola said.

‘Whether Rashford intervened and distracted our keeper and our central defenders, I don’t know. The rule is the rule.’

Speaking to BBC Sport, the City manager reiterated the point. 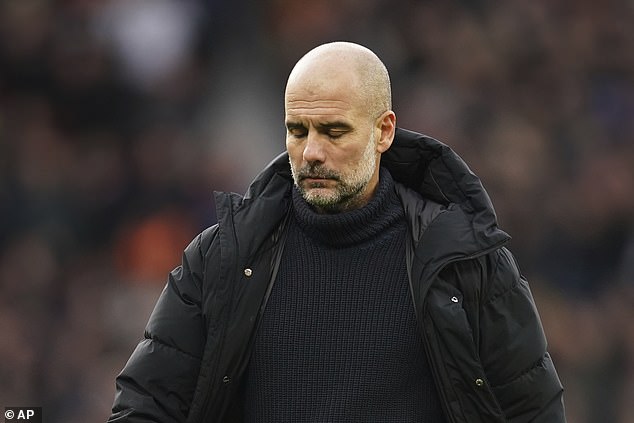 ‘Marcus Rashford is offside, Bruno Fernandes is not. Rashford distracted our keeper and centre defenders,’ he said,

‘It is what it is. We know where we play. It is difficult for the referees in these stadiums.’

Asked about his team’s chances to win the league, Guardiola replied: 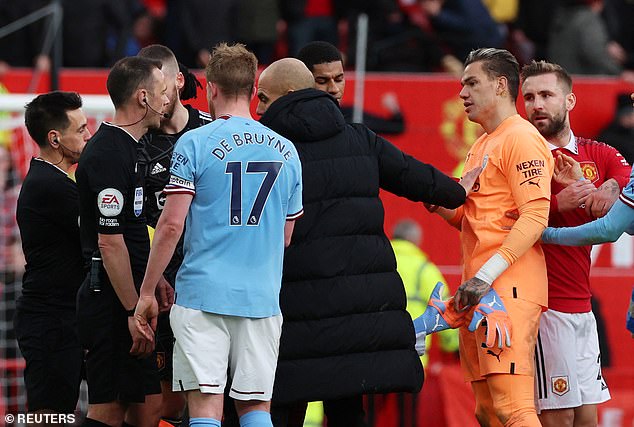 ‘In general I have no regrets. I don’t care if we don’t win the Carabao Cup or the Premier League, we’ll try.

‘I don’t care when a team performs how we play. It was quite similar to the many, many years we’ve been here.

‘There are plenty of points to play for and we have to play there. In every game we have to perform. We always play in these sort of games and in others we struggle a little bit.’