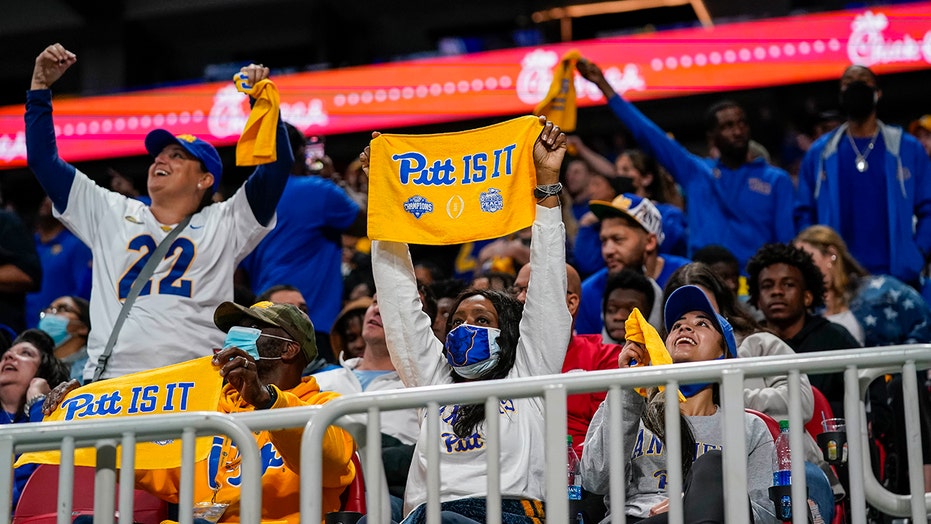 While Michigan State was busy beating Pitt in the Peach Bowl at Mercedes-Benz Stadium, a fight broke out along a concourse where a Pitt fan decided to show off his mixed martial arts training by swinging on a guy, but he knocked over a woman in the process.

The details here aren’t clear, but you can hear one man tell Pitt fan that “she got hurt, it’s not worth it” after he punched his opponent and knocked the woman to the Benz stadium concrete. 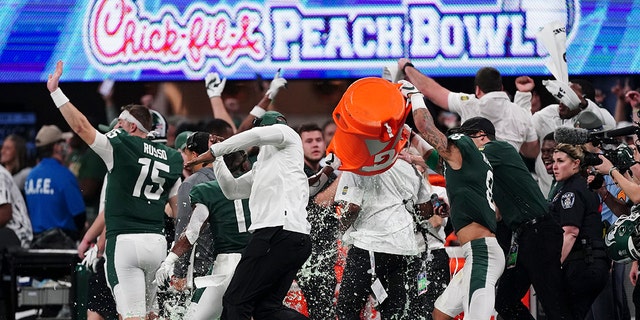 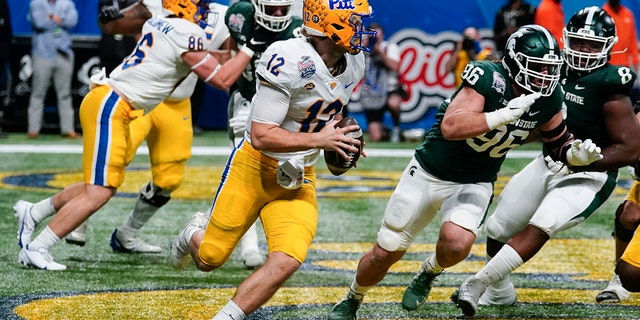 From what the video shows, Pitt fan delivers the first open-hand face push, which is answered by unidentified fan trying to deliver a kiss/punch, which is countered by Pitt fan with his own punch. I think the best thing for all involved is to see these two actually fight. Everyone clear out and let’s have a Peach Bowl punchout. Get the women out of the way. Get Big Boss Man out of the ring. Let these two go at it. 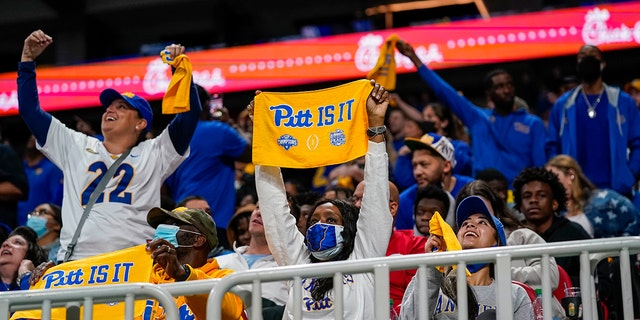 Dec 30, 2021; Atlanta, GA, USA; Pittsburgh Panthers fans react in the stands during the game against the Michigan State Spartans during the second half at Mercedes-Benz Stadium.
(Dale Zanine-USA TODAY Sports)

This one has a little bit of everything, dig in.