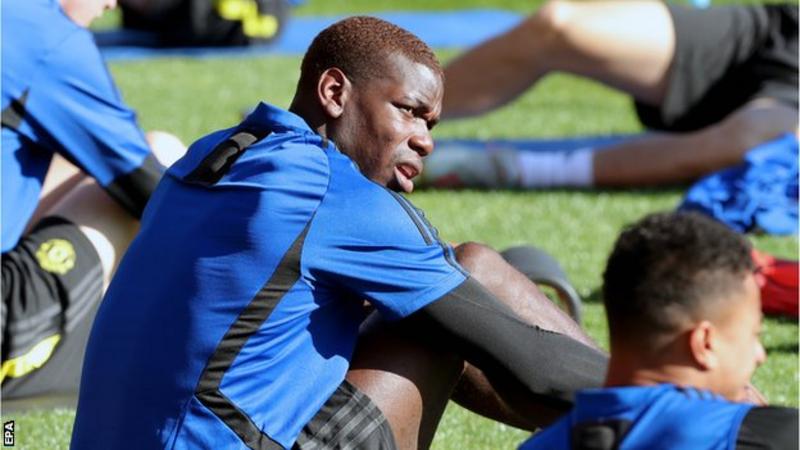 Manchester United midfielder Paul Pogba’s agent hopes “there will soon be a satisfying solution for all parties” regarding the player’s future.

On Friday, Mino Raiola told The Times that the 26-year-old France international wants to leave United.

Pogba, who is on the club’s pre-season tour of Australia, Singapore and China, said in June that “now could be a good time to move elsewhere”.

“The player has done nothing wrong,” Raiola told Talksport.

“He has been respectful and professional. The club has known his feeling for a long time.

“It is a shame other people only like to criticise without the right information, and I am also sorry that the club does not take any position against this.”

United play Perth Glory on 13 July and Leeds United on 17 July, before flying to Singapore for a game against Inter Milan on 20 July.

They finish their trip with a game against Tottenham in Shanghai on 25 July.

Manchester United have received no offers for Pogba and are calm about the huge interest surrounding their £89m record signing, even though it threatens to dominate the opening days of the club’s pre-season tour.

Real Madrid and Juventus have both declared an interest in the 26-year-old. However, there have been no bids and it is understood no negotiations have taken place.

It has been reported Pogba has two years left on his current contract, though this is effectively three because United included the option for an additional season to 2022.

That knowledge puts United in a very strong negotiating position should Real or Juventus follow up their interest with a firm bid.

For now, club officials are concentrating on preparations for the new season and believe Pogba will still be part of manager Ole Gunnar Solskjaer’s squad when United open their Premier League campaign against Chelsea at Old Trafford on 11 August.