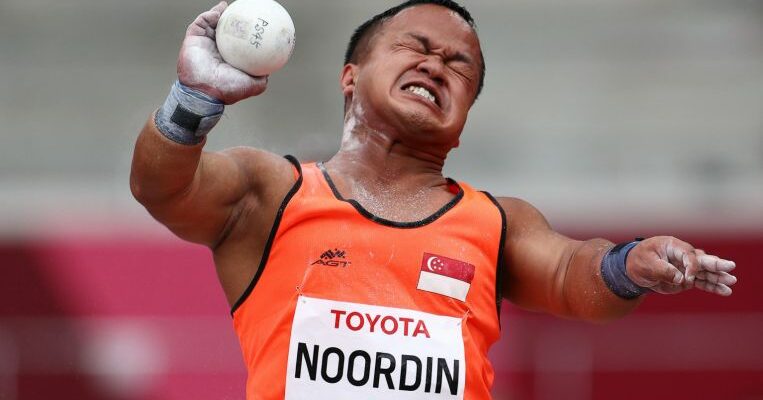 SINGAPORE – As personal bests tumbled – six, including a world record, were set in the dramatic Tokyo 2020 Paralympics men’s F40 shot put final – Singapore’s Diroy Noordin pitched a national record of 9.92m with the last of his six throws on Sunday (Aug 29).

The 29-year-old, who was the Republic’s flag bearer at the opening ceremony, finished eighth of nine competitors at the Olympic Stadium.

Meanwhile, Denis Gnezdilov of the Russian Paralympic Committee needed to break the world record twice in a day to win gold.

On his final attempt, he threw 11.16m to edge out Iraq’s Garrah Tnaiash by 1cm.

Earlier, Gnezdilov had thrown 11.02m with his first toss to surpass the previous 11.01m record, set by Portugal’s Miguel Monteiro, who claimed bronze with his 10.76m launch.

Diroy, who has dwarfism, also twice improved on his previous mark of 9.78m set at the 2021 Singapore Athletics Performance Trial 2 in June. He had thrown 9.85m on his fourth toss.

This is Diroy’s second Paralympics. He threw 7.29m to finish ninth out of 10 athletes in the same event at Rio 2016.