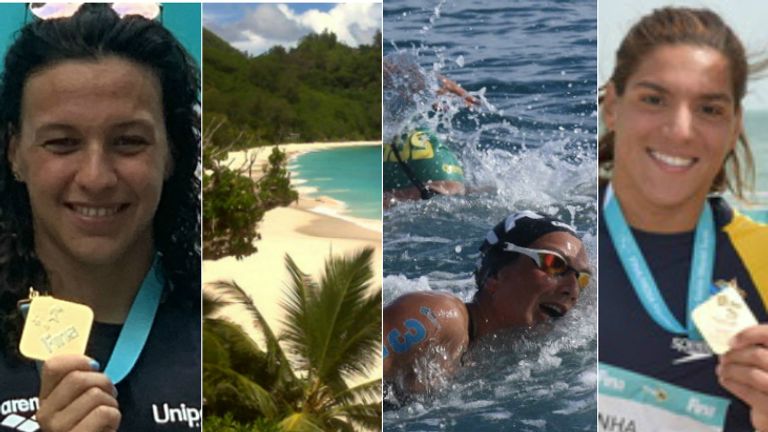 Dolphins dancing through waves, sun beating down, angel fish patrolling under the surface and the water lapping over golden sands.

It seemed an unlikely setting for 38 elite female swimmers pushing their bodies to the limit, battling through the choppy Indian ocean, in 35 degrees, over 10,000 metres (200 lengths of an Olympic-size pool) and being battered and bruised by rivals desperate to get in front.

Just over 930 miles east of mainland East Africa, lies the Seychelles. This former British colony, made up of 115 islands, can safely be described as paradise and Beau Vallon beach was for a second time hosting the FINA Marathon Open Water World Series.

Just as incredible was seeing Italy’s Adriana Bridi, 2018 European champion in the 25K, have the mentality and breath to outstretch and slap the jetty on the line to beat Brazilian triple world champion Ana Chuna by a fingertip.

After two hours of brutal action, there was just one tenth of a second separating first and second. It was all the more sweet for Bridi having shared a bronze medal with Chuna in 2017 after a similar gruelling battle at the World Championships in Budapest. 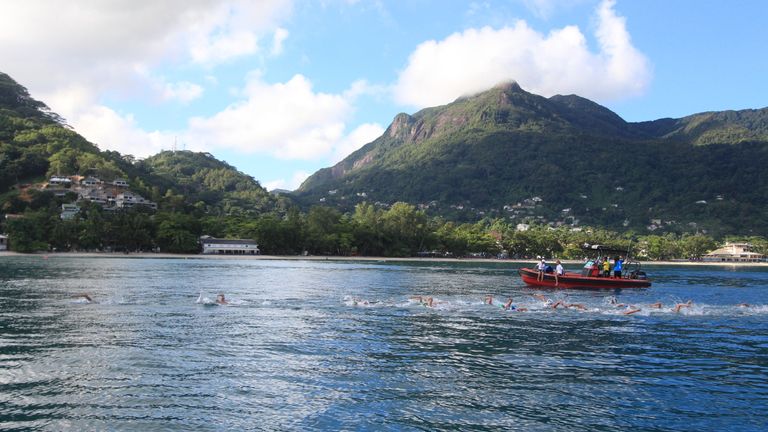 “My coach always tells me the race is only finished after the line,” the 23-year-old Bridi said.

“I train every day and you have to prepare for the worst moments when you are tired. I train for all of this! Lots of other swimmers were hitting me out there and I was so exhausted and I lost a lot of energy.

“When you get hit it’s important to stay calm because when you get angry you lose your mind. I am not a calm person but you try!

“I was next to Ana and she is a real champion and very good at sprinting, so I just had to push and push right until the end.” 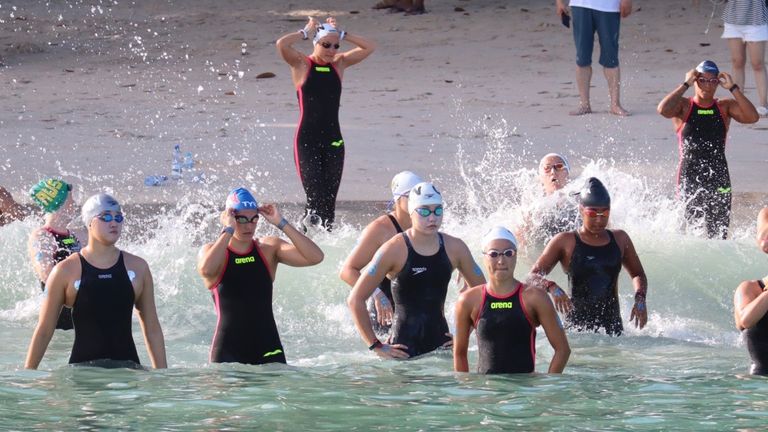 Like a smiling assassin, Bridi, who clearly loves the Seychelles having won the same event 12 months before, grinned when asked if she noticed the marine life!

“When I swim I can’t see anything,” she added. “You’re just concentrating so much on the race.

“It’s absolute paradise here and everything is just like you see on a postcard. There are turtles and stingray and somebody said there were dolphins out there but I didn’t know!”

The Seychelles, the first African country to host a sporting event of this magnitude and will be the site of the 2020 World Junior Open Water Championships, is one of nine venues for the Marathon Swimming World Series with placings contributing, along with World Championships standings, towards Olympic qualification.

Bridi is likely to make Tokyo next year. Chuna, a legend in this sport, is a near certainty. 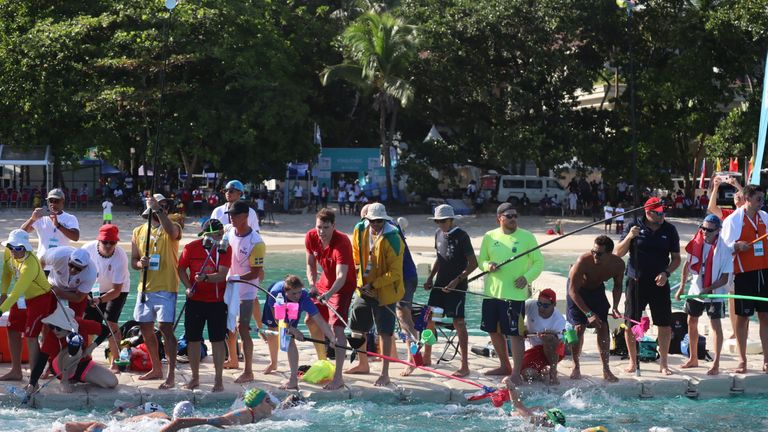 The 27-year-old, who secured an incredible 5th place as a teenager on her Olympics debut in Beijing in 2008, will be desperate to impress in Japan after struggling in 10th at her home Games in Rio in 2016.

She is used to the spotlight though and enjoyed seeing her face on giant posters at every street corner in the Seychelles.

“I don’t feel extra pressure when I’m used for promotion because I see my face and feel proud of what I’m doing,” Chuna said.

“I just think that when I’m there it’s because I’m doing well! I want to be able to continue with my face on the posters!” 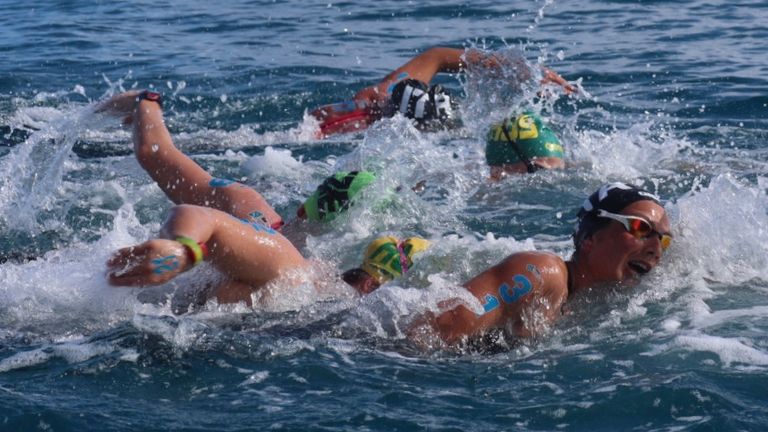 Having swum in marathon races for most of her career – she won two golds as a 14-year-old in the 5K and 10K in the 2006 South American Games – Chuna has learned to thrive on the unpredictability an open water event absolutely guarantees.

“It didn’t happen here but being burned by the ocean is the worst part, whether it’s hot or cold water,” she added, “but you just have to adapt and finish because it’s the same for everyone.

“I like a challenge though and I like the bigger waves so that’s not a problem for me. 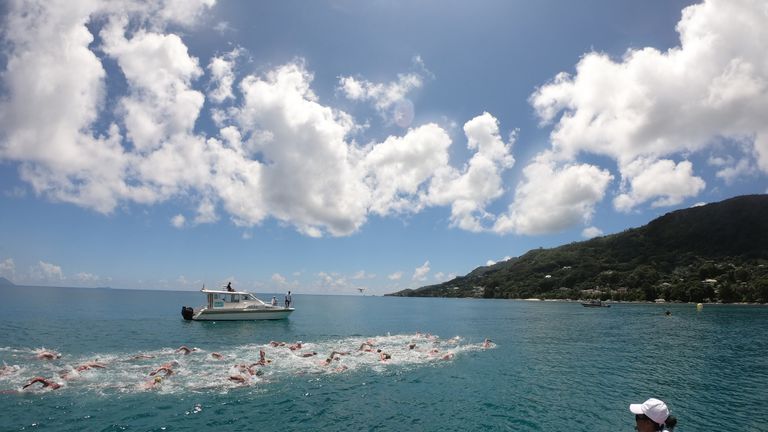 “As for pollution, there are always things to deal with at sea. I’ve seen many bottles and big pieces of wood and lots of other things competing around the world so you do need to be careful and be aware of what’s happening around you.”