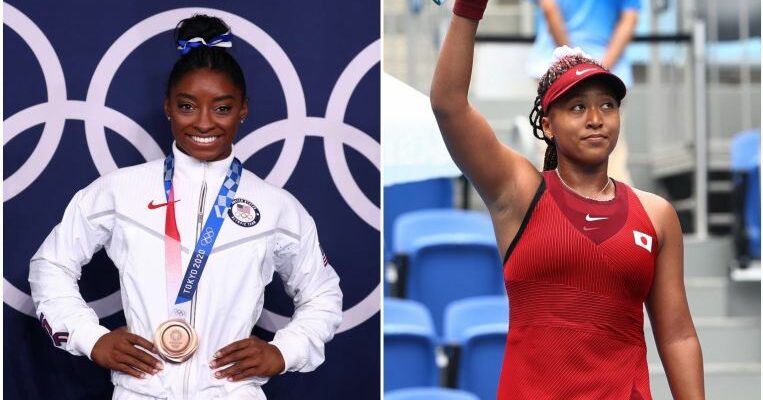 TOKYO (REUTERS) – The Tokyo Olympics will be remembered for the spotlight they shone on mental health, when even the toughest athletes opened up on the need to care for more than limbs and ligaments.

Two of the biggest global sports stars – Simone Biles of the United States, considered by many the greatest gymnast ever, and Japanese tennis champion Naomi Osaka – made it impossible to ignore the psychological strain on elite athletes.

The attention the 24-year-old women brought to athletes’ inner struggles reflects progress on mental health awareness, competitors and experts say, but some said the stigma remains.

Athletes came to Tokyo under more than normal stress as the Games had been delayed a year by Covid-19, disrupting their carefully calibrated training regimens, and then conducted under strict rules and largely without fans to isolate participants and staff from the host country, where the pandemic is raging.

Earlier, Osaka had stunned the tennis world when she pulled out of the French Open in May after deciding to boycott post-match media duties, saying the questioning by journalists affected her mental well-being. She also skipped Wimbledon.

The four-time Grand Slam champion, who divulged she had suffered depression for almost three years, returned to Tokyo to play for Japan, where she was in the spotlight as the chosen one to light the Olympic cauldron at the opening ceremony.

She did not find her groove on her return to the court, losing in the third round to the world No. 42.

“I definitely feel like there was a lot of pressure, this time around,” Osaka said.

“I think it’s maybe because I haven’t played in an Olympics before and for the first one to be here was a bit much.”

Biles dropped out after her first event, the vault, but returned for her last one, the balance beam.

She added a silver and a bronze in Tokyo – not the six golds she had been gunning for – to bring her Olympic medal haul to seven.

“I was proud of myself just to go out there after what I’ve been through,” said Biles when it was over.

“Right now I’m going to focus on myself a little bit more often, rather than push stuff under the rug.

“People have to realise that at the end of the day we’re humans, we’re not just entertainment. There are things going on behind the scenes that people have no idea about.”

‘Not a normal job’

The direct cause of Biles dropping out was “the twisties” – a sudden and dangerous disorientation in midair – but it was clear that much more had been weighing on her.

“Being a global presence, the greatest of all time, all that starts creating interference.”

“But also, if you look at it, mental health over the last 18 months is something that people are talking about,” said Phelps, who has publicly discussed his own battle with depression, including contemplating suicide.

The sporting world and general public have come a long way.

Seventeen years ago, Australian rower Sally Robbins was ridiculed as “Lay-Down Sally” by one newspaper and slapped by a crew mate after she was overcome by anxiety and quit in the final at the Athens Games.

But even now, not everyone accepts the need for athletes to care for their mental health.

British swimmer Adam Peaty said some of the reactions to his announcement of a one-month mental-refreshment break showed “why we have such a stigma around mental well-being in sport”.

The multi-gold-medallist tweeted: “It isn’t a normal job. There is a huge amount of pressure. Money does not buy happiness.”