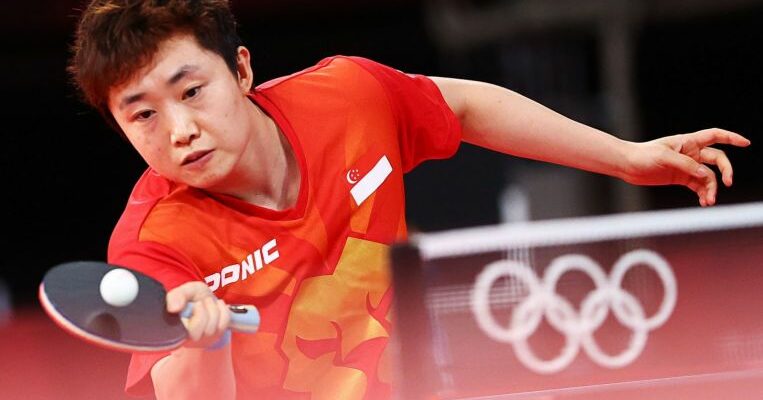 The world No. 9, a women’s team silver medallist at Beijing 2008 and winner of a women’s singles and team bronze at London 2012, had never beaten the 22nd-ranked German in all four of their previous international encounters but could have pinched the first game for a good start.

However, after coming back from 9-6 down to lead 10-6, Feng squandered two game points to lose 13-11, and continued to struggle with the defensive chopper. In the second game, she took a 4-0 lead only to be pegged back once again.

The 34-year-old raised hopes of a comeback when she took the fourth game, but Han, a silver medallist in the women’s team event at Rio 2016, was not to be denied as she forced more mistakes out of the higher-ranked player.

Feng’s compatriot fared Yu Mengyu fared better in an earlier match as she beat American Liu Juan 4-2 to advance to the quarter-finals, where she will meet Japan’s world No. 10 Kasumi Ishikawa.