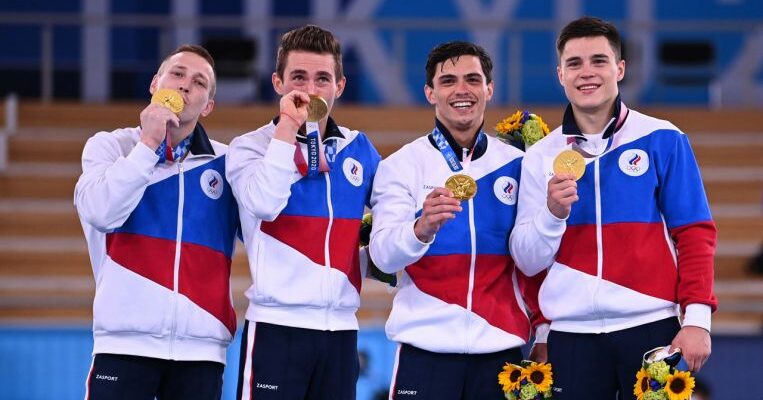 The Russians, competing under a neutral banner in Tokyo due to their doping suspension, last won the coveted men’s team title in 1996.

The outcome of the first title on offer at the Ariake Gymnastics Centre was in the balance until the final tumble on the floor.

China were within less than a point of the Rio silver medallists going into the sixth rotation, with Japan set for third.

But a brilliant last throw of the dice on the horizontal bars from Tokyo teenager Daiki Hashimoto, earning a high 15.100 points, jumped the 2020 Games hosts back into at least second.

With the temperature rising and pulses racing, Nagornyy chalked up his feet and took to the floor to try and get the Russian Olympic Committee team over the line.

And the world all-around champion pulled it off superbly, his score of 14.666 securing the ROC a memorable win.