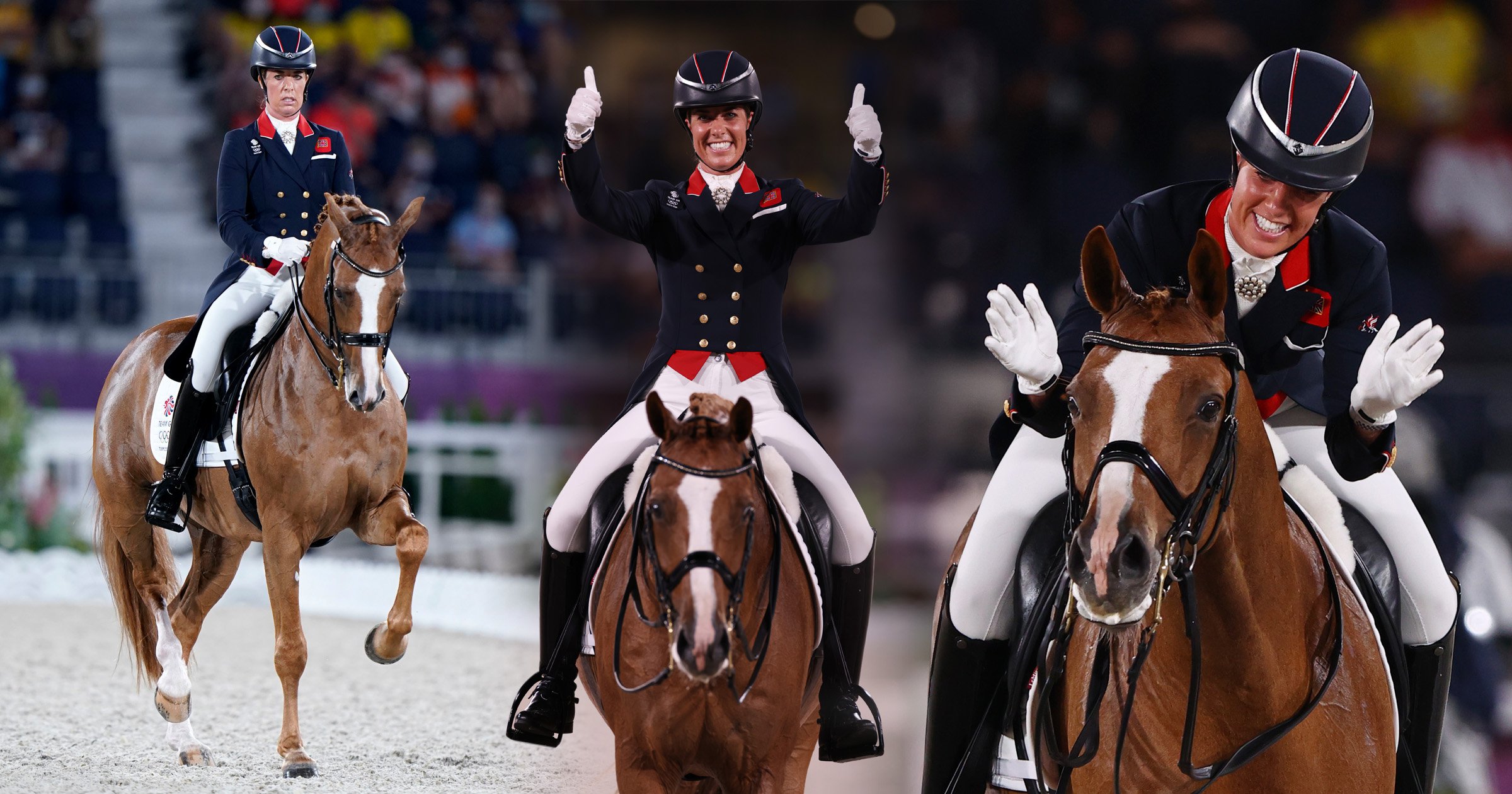 Charlotte Dujardin became Great Britain’s most decorated female Olympian to date this week after claiming her sixth medal at Tokyo 2020.

The 36-year-old took bronze in a tense individual dressage event, having already claimed bronze in the team dressage competition.

Dujardin’s career haul of three gold medals, one silver and two bronze puts her one ahead of rower Katherine Grainger and tennis player Kathleen McKane Godfree, who have won five apiece.

But she didn’t do it alone. Spare a thought for Gio, aka Pumpkin, the four-legged 10-year-old who was with her every step of the way on her canter to Olympic glory.

More horses will be put through their paces on Friday in the Olympic Eventing that begins with two days of individual and team dressage.

Here are the answers to some nagging questions that may have been neighing on your mind, straight from the horse’s mouth.

How do horses get to the Olympics?

Like their riders, the horses seen in Tokyo got there by plane having been kept in mandatory quarantine for a week before their flights.

The horses, who have their own individual passports, are loaded into stalls on the ground that are then moved onto a large cargo plane.

These planes take off and land more gradually than passenger planes do, which means the horses don’t have to deal with a sudden deceleration after touchdown.

The horses are accompanied on board by 11 grooms and vets and are given lots of water and moisture-enriched hay to ensure they stay hydrated.

Do horses like flying and how much does it cost to ship them?

Specialist flights for horses do not come cheap, with a round-trip to Tokyo from America costing around $55,000 (£39,400) per horse.

Small wonder the horses are kept as comfortable as possible during their flights, which can be broken up into stages.

America’s horses, for example, were able to make a pit-stop in Europe on their way to Japan.

Some 300 horses have made the journey to Tokyo for the Olympics and the Paralympics, which adds up to an awful lot of sugar cubes.

Horses stand for the duration of the flight and have plenty of opportunities to nap, which means they are unlikely to suffer from jet-lag upon arrival.

How do they train horses for dressage?

Dressage has been part of the Olympic Games ever since the 1912 edition was held in the Swedish capital Stockholm.

The sport, which derives its name from the French word for training, sees horses and their riders perform a series of movements in a rectangular arena that are marked out of 10 by a panel of judges.

Riders use tiny cues to make their mounts perform these movements on cue, a process that requires many years of patient instruction.

Horses are first taught to walk, trot and canter. They then move on to lateral movements, transitions, extension and collection.

Extension means extending the distance a horse covers in a single gait, while collection is essentially the opposite – making the horse take shorter steps for decorous effect.

Once a sufficient number of moves has been mastered, they are combined into a routine that can be accompanied by music.

It may look as if the horses are dancing to music but they aren’t. They’re simply responding to cues given to them by their riders and would perform the same way whatever music is playing.

Shouldn’t horses get their own medals?

By rights they should, given the effort they put in. But since they are already wearing reins around their faces and necks, it’s probably safer they get a brightly coloured rosette instead.

If they’re very lucky they might also get a statue as well – an honour granted to Valegro, the horse Dujardin won her gold medals with at London 2012 and Rio 2016.