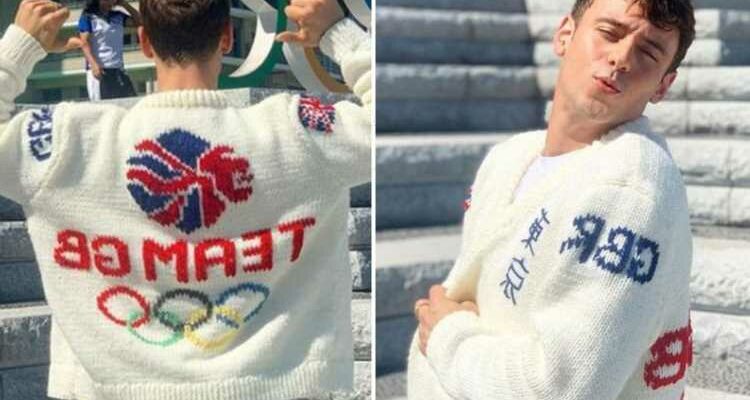 The diver, 27, won his first Olympic gold medal early last week and has spent much of his time since knitting.

He was spotted knitting in the stands of the Aquatics Centre last Sunday during the final of the Olympic Women's 3m springboard final.

But Daley also had a bigger project on the go since the start of the Games – his very own Olympic cardigan.

He was keen to show it off in an Instagram video, with the white cardigan bearing the word 'Tokyo' in Japanese.

Other embroideries include the letters 'GBR' representing Team GB, as well as a Union Jack on the left sleeve.

The back of the cardigan is very extravagant, boasting 'TEAM GB' in between the Team GB logo – a lion's head – and above the Olympic rings.

Alongside the photo Daley posted a caption that reads: "When I got to Tokyo, I wanted to make something that would remind me of the Olympics to look back on in the future.

"I designed a pattern for the colour work that would signify everything about these games! 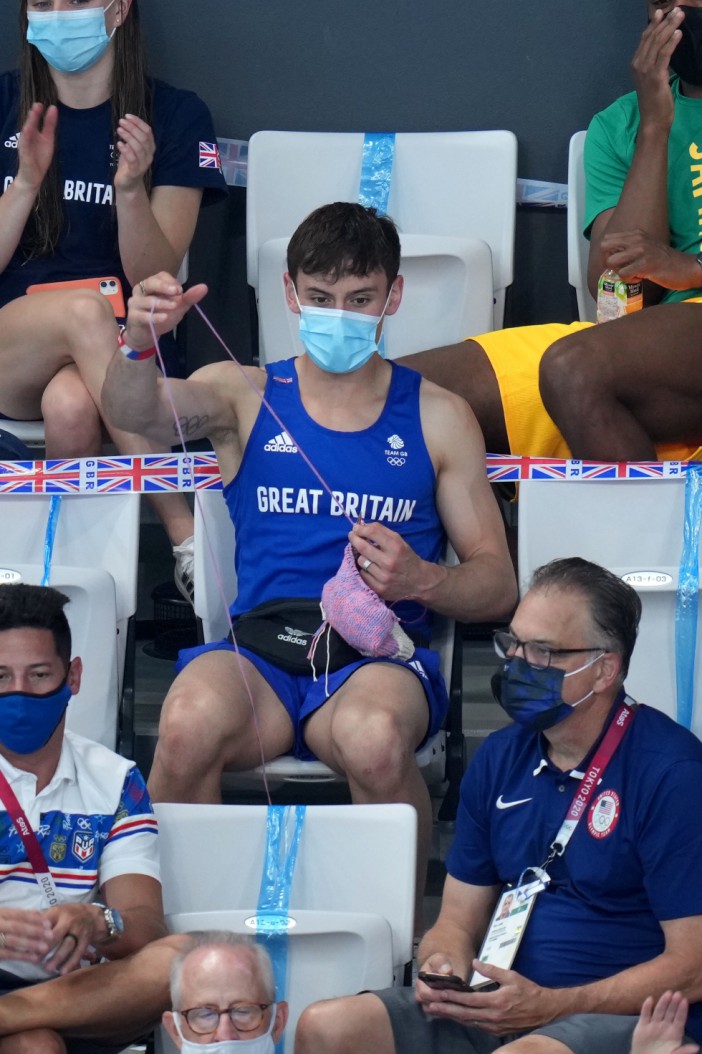 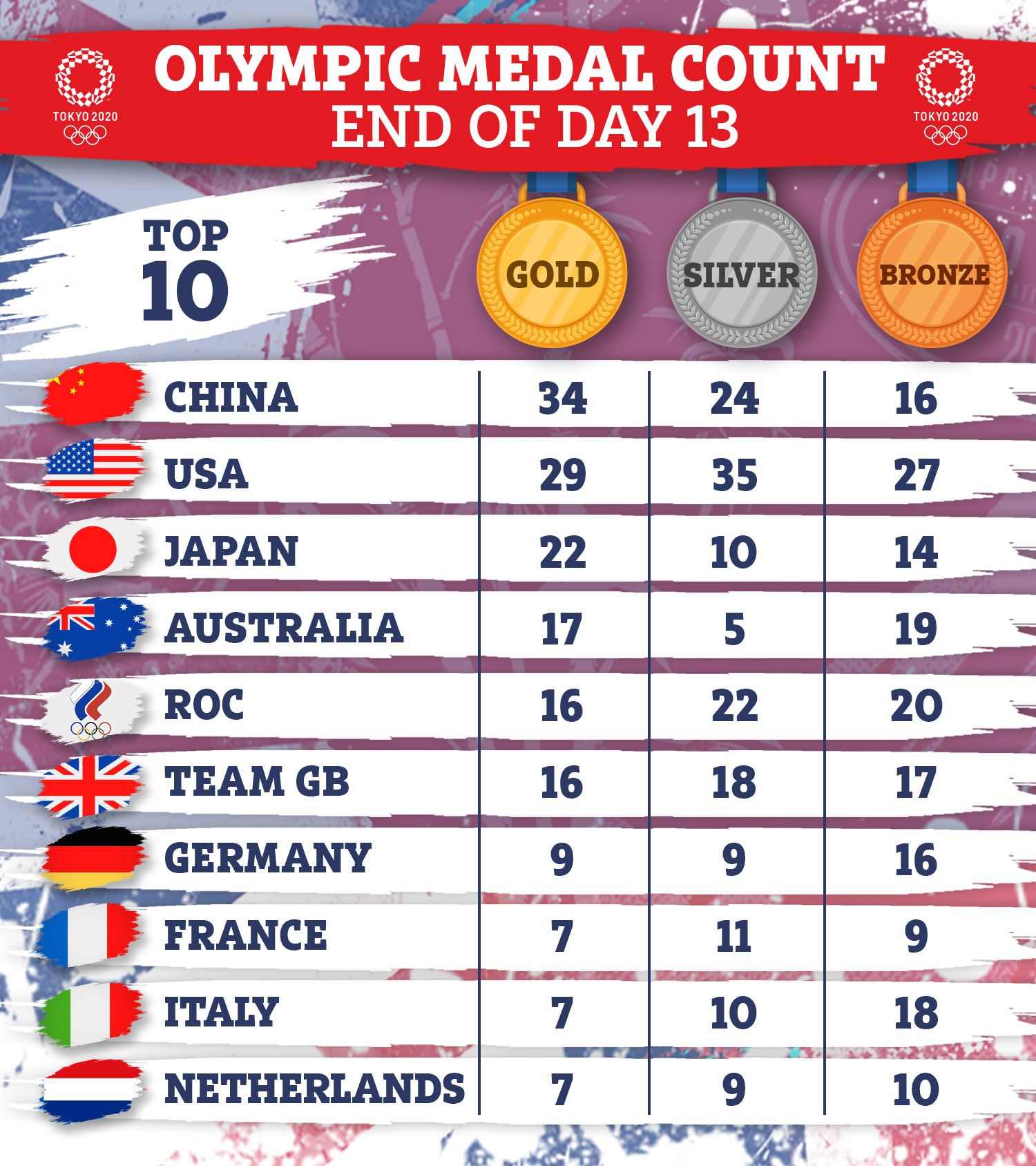 "On the back I went for a classic Team GB logo, the shoulders have a flag and GBR on them. For the front I wanted to keep it simple and I tried my best to embroider TOKYO in Japanese!"

Daley has just a few hours to go until the Men's 10m platform final, which begins at 7 a.m. on Friday.

He is going for another in the event, which has brought him Olympic success in the past, winning bronze in London 2012.