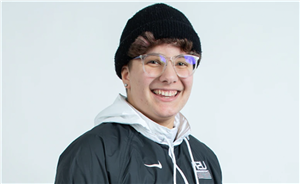 Alana Smith, the first openly non-binary athlete to compete at the Olympic Games, has been repeatedly misgendered by commentators while competing in the women’s skateboarding competition.

Smith was misgendered by callers from the BBC despite having their pronouns “they/them” written on their skateboard.

Online commenters called for an apology from the BBC.

“Alana Smith was constantly misgendered last night. An apology would be great,” wrote one person on Twitter.

Alana Smith (they/them), American pro-skater in the #Tokyo2020 Olympics has been repeatedly misgendered by journalists. We hope there will be swift corrections. All athletes deserve to be respected & celebrated as part of the games.#OlympicsForAll https://t.co/EO1JiHZOgT 💛🤍💜🖤

BBC Sport reporter Tim Warwood responded to say while he hadn’t made the misgendered comments, the commentary team would “of course apologise to Alana”.

“If you don’t come across a skater that much then you rely on information provided to you by the event organiser,” Mr Warwood said on Twitter.

“Not saying it was missed out I’m sure it was there, but personally I didn’t see it, and the guys are back in Salford (in the United Kingdom) with limited resources.”

This is journalistic malpractice. No one should have to be misgendered on an international stage like this. Sports doesn’t know what to do with non-binary athletes.

Shoutout to Alana Smith, the first openly non-binary athlete to represent the U.S. in an Olympic Games. https://t.co/7ane16AcRf

Smith, 20, sported a beaming smile throughout their run in the inaugural Olympic skateboarding event on Monday.

In an emotional post on Instagram after completing their run, Smith said they felt “happy to be alive”.

“My goal coming into this was to be happy and be a visual representation for humans like me,” they wrote.

“For the first time in my entire life, I’m proud of the person I’ve worked to become. I chose my happiness over medaling.

“Out of everything I’ve done, I wanted to walk out of this knowing I UNAPOLOGETICALLY was myself and was genuinely smiling. The feeling in my heart says I did that.”