ODION IGHALO has written his name into the Manchester United history books after equalling a scoring record set 95 years ago.

Until the weekend, no Red Devil had scored on their first four competitive starts for the club since local lad Jimmy Hanson back in 1925. 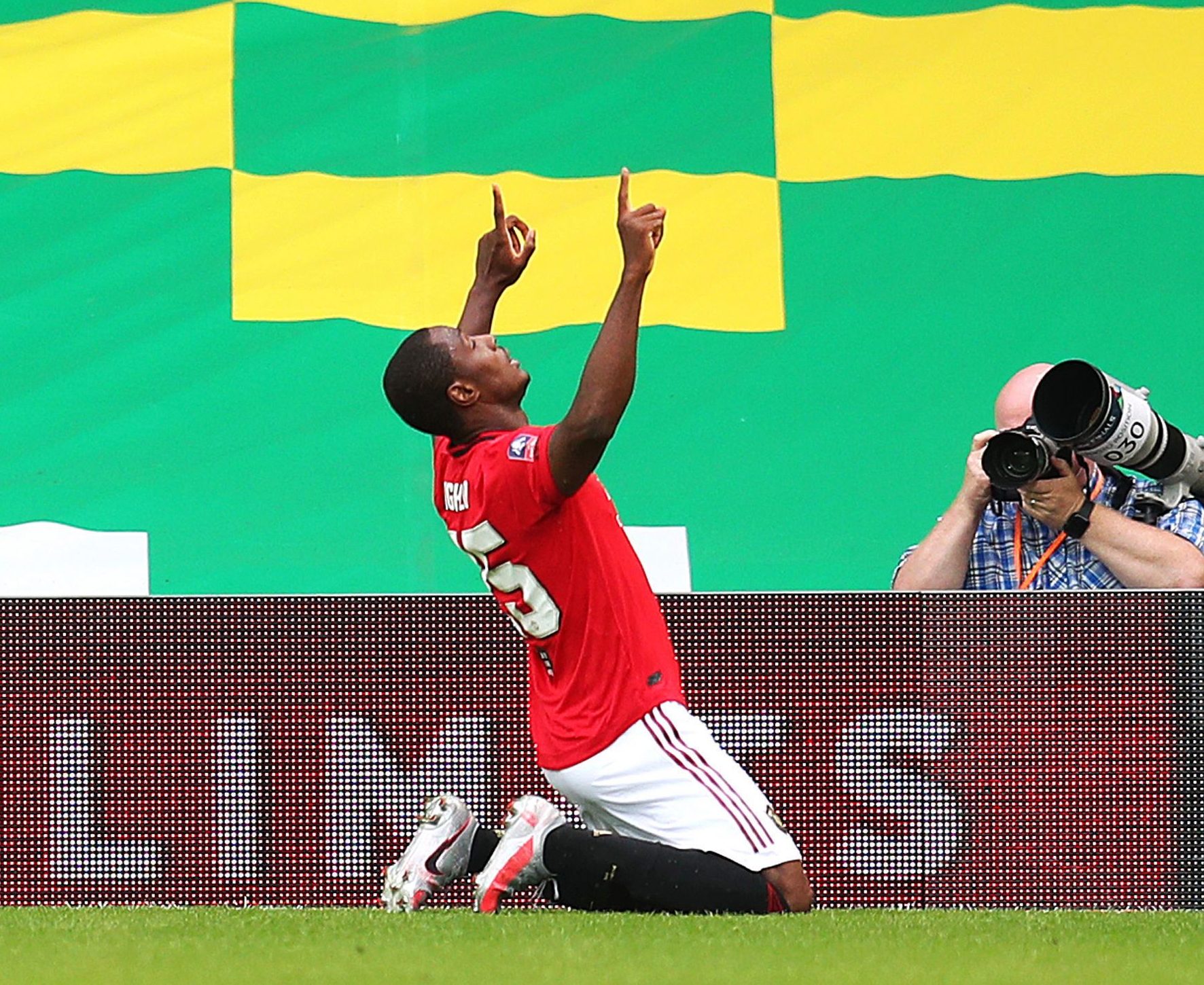 But that wait was over on Sunday afternoon when Ighalo smartly shinned home an effort past Tim Krul in the Norwich net to give United the lead at Carrow Road.

The signing of the 30-year-old was widely mocked at the time, with Ole Gunnar Solskjaer having loaned in a striker form Shanghai Shenhua who scored just one goal in 18 appearances for Watford in his most recent Premier League campaign.

Ighalo is yet to establish himself in the Norwegian's starting XI in the league, having only featured for a grand total of 52 minutes over six substitute appearances.

But he has well and truly announced himself as a man for the cups, netting all five of his goals in the Europa League and FA Cup.

The first came at Old Trafford in the European tie with Club Brugge.

And the second and third arrived shortly after in quick succession against Derby County.

A fourth flowed behind-closed-doors in Austria against LASK.

And the fifth, pulling him level with Hanson's record of scoring in his first four starts, came in the 51st minute in Norfolk on Saturday evening.