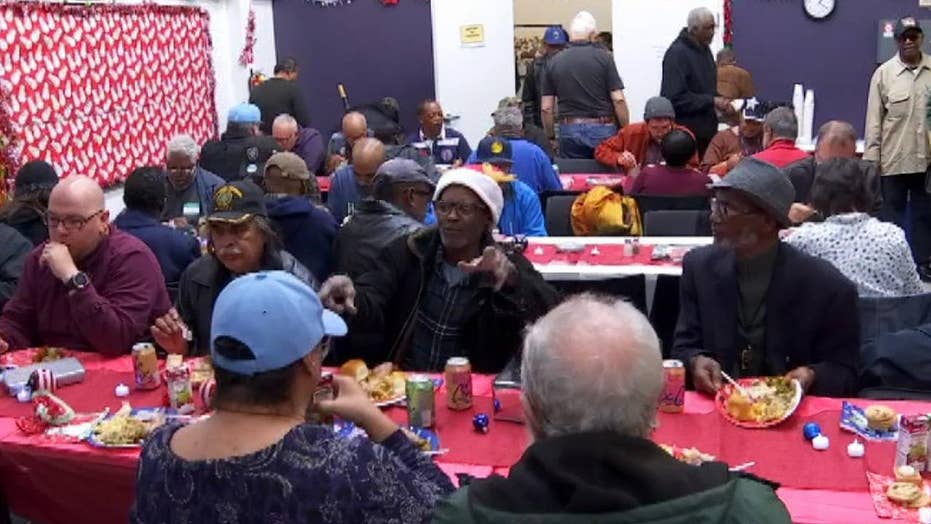 Roughly 100 veterans, several of whom are facing hardship, came together for a holiday feast funded by the NFL player on Tuesday. The meal was held in Oakland at Swords to Plowshares, KTVU Fox 2 reported.

The organization, launched by veterans in the 1970s, offers help to others who have served the country and are living in the San Francisco Bay Area, according to their website.

Hankins was inspired to get involved because some of his relatives are veterans, he told KTVU.

In a post on Twitter, Swords to Plowshares said: “Yesterday's Holiday party hosted by @BigTimeHank and his wife @audplant was a HUGE success.”

“We are so thankful for their commitment to giving back to the Oakland #veterans community,” they continued.

Hankins also took to social media to commend the group for their efforts in the community, tweeting that it was his “honor to have helped sponsor a holiday lunch and duffle bags for some of the veterans in Oakland.”

“We owe a BIG Thank you to @vetshelpingvets for giving me & Audrey this opportunity. All of you guys do impactful work. We truly are grateful for the service of all of veterans!” he continued.

An Air Force veteran who was stationed in Afghanistan was one of the attendees, KTVU reported.

"I got hit with an IED and ejected from my Humvee,” Melissa Gonzalez told the outlet. “I got a traumatic brain injury and shrapnel in my leg.”

Organized events like this one assist Gonzalez in handling her PTSD, she said, adding that “it keeps my hopes up for the holidays to have that support.”