An eleventh-hour dispute between bondholders, New York City and the New York Yankees appears to have doomed a long-anticipated, $1 billion project that would have resulted in the construction of a new professional soccer stadium, low-income housing and a broader redevelopment of one of the nation’s poorest neighborhoods, FOX Business has learned.

The dispute involves around 5,000 parking spaces the city and bondholders agreed to give the Yankees as part of the development project – a complex, multi-year effort to bring economic growth to the poor South Bronx neighborhood Yankee Stadium calls home.

The development included a new stadium for New York City’s professional soccer team, New York City F.C., a hotel and retail stores on grounds that currently house parking lots and garages for Yankee games that the city is mandated to provide under a 2007 agreement with the team. It would be financed with private money arranged by a consortium that includes a housing developer and the owners of the soccer team.

BITCOIN, CRYPTO IN MLB NO LONGER OUT OF LEFT FIELD

Bonds issued in 2007 to build the parking facilities have fallen into default in recent years, while the parking garages owe the city millions of dollars in back taxes. The consortium also agreed to pay $50 million to restructure the defaulted debt.

For years, city officials and bondholders have said they were eager to find a solution to the Yankee parking imbroglio and until last week, all indications were that they had one.

But Yankee officials say the city and bondholders have reneged on a key piece of the deal that has put the entire project on hold indefinitely and possibly forever. That deal involved a guarantee of first-class parking for its fans even as the team agreed to reduce the city’s initial 9,000 plus parking space commitment.

A term sheet providing details of the agreement between bondholders, the city’s Economic Development Corporation (EDC) and the Yankees were reviewed by FOX Business.

"I’m very disappointed," said Yankee President Randy Levine, a former prosecutor and top city official under former Mayor Rudy Giuliani who was the architect of the redevelopment proposal. "This would have gone a long way to salvaging the bonds plus we were going to spend a billion dollars in private money to revitalize this area that would produce thousands of good paying jobs." 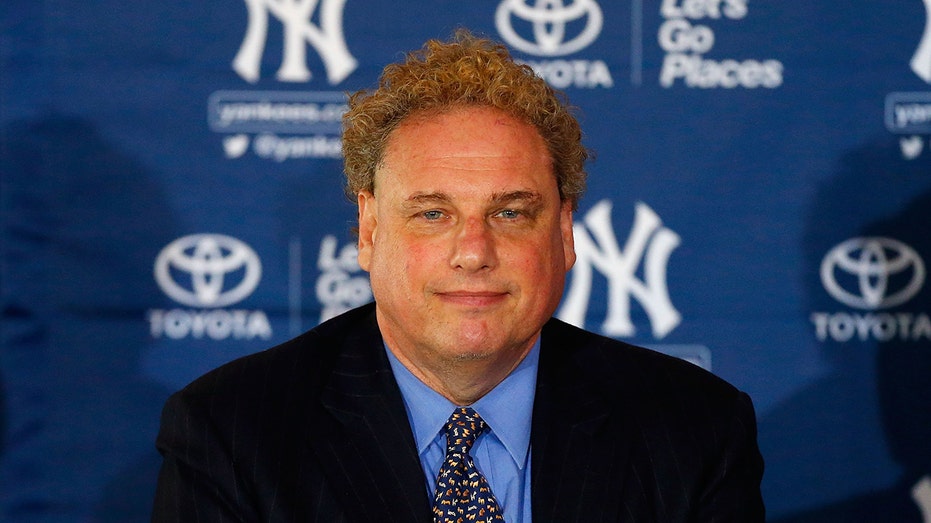 Yankees President Randy Levine: “The deal broke down over the bondholders and the city refusing to do what they agreed to do in the bond offerings and in the terms sheets.” (Photo by Jim McIsaac/Getty Images)

Levine added: "The deal broke down over the bondholders and the city refusing to do what they agreed to do in the bond offerings and in the terms sheets."

A spokeswoman for New York City's EDC said it was the Yankees who were backing out of promises made to get the deal done. She would not elaborate.

In a statement, EDC President Rachel Loeb said, "After years of negotiations with the New York Yankees and other parties, we are disappointed they will not commit to promises already made to the city and the community and attempted to change key terms of the deal only days before a community board vote."

A spokeswoman for Nuveen told Fox Business: "Nuveen remains committed to the transaction set forth in the term sheet and looks forward to a continued strong relationship with the Yankees and the City."

The blowup of the agreement could have significant political repercussions for the next mayor of New York City, who will need to make economic redevelopment a top priority following the COVID-19 pandemic that saw businesses close amid strict city-wide lockdowns.

Bill de Blasio, the current mayor, is leaving office next year under mandated term limits. It’s expected that the winner of the recent Democratic primary either Brooklyn Borough President Eric Adams or former New York City Sanitation Commissioner Kathyrn Garcia, will become the next mayor in the heavily Democratic city. Both are locked in a tight race and votes are still being counted.

The controversy surrounding parking for the Yankees has been a long-running problem that began with the construction of the new Yankee Stadium in 2006. Under a deal with the city, the Yankees are guaranteed 9,127 spaces by a non-profit that runs the garages, Bronx Parking Development Corp., documents show. Starting in 2007, the company issued more than $200 million in debt to construct garages and make other renovations to maintain "first-class" parking facilities for Yankee fans.

But the garages have fallen into disrepair and are anything but first-class these days. Many fans now take nearby suburban trains and city subways to travel to Yankee Stadium. The parking bonds have been in default for years and trade at distressed levels.

Management of the Yankees led by Levine, came up with a possible solution in 2018. Since the Yankees are part owners of NYCFC – a franchise with Major League Soccer – with the Abu Dhabi royal family, Levine cobbled together a proposal to finance the soccer stadium with private money on spaces now occupied by the Yankees parking. To get community buy-in, the Yankees teamed up with a developer to provide low-income housing, a new school and other amenities to the neighborhood.

The Yankees agreed to give up their rights to 9,127 spaces for something closer to 5,611 as long as the parking lot was maintained, the document shows. Bondholders' debt would be restructured as part of a new company.

Nuveen, which holds most of the bonds, would be the primary beneficiary of the $50 million payment.

The $1 billion project was expected to create thousands of jobs for a neighborhood that routinely ranks as among the nation’s poorest. All parties signed off on the term sheet which described the city’s and the bondholder's commitments to provide the roughly 5,000 parking spaces for the Yankees. The neighborhood’s community board was expected to vote on the measure this month.

But the Yankees say last week the deal was upended when the city’s EDC – the lead city agency handling the deal – and Nuveen balked at a parking space guarantee even at the reduced numbers that the Yankees wanted in the official contracts of the redevelopment.

Both are said to fear that such specific guarantees could open the entities to future litigation and that specific "third-party beneficiary rights" were never part of any deal. Yankees officials counter that all they were doing was codifying guarantees in the earlier agreement, and in the term sheet, albeit at a lower number of spaces.

City Economic Development officials tell FOX Business that they are still hopeful a deal can be worked out that satisfies both parties and that the community board can vote on the project sometime in the Fall.

But according to Levine, it appears the two sides are deadlocked over the semantics of what the city and the bondholders consider a guarantee.  "I tried to explain to them that the company emerging out of bankruptcy should guarantee these spots because that’s what the bond issuance was for—providing parking for Yankee Stadium and the community," Levine said. "It made no sense to us why the city and the bondholders didn’t want to guarantee these spots. They just don’t want to guarantee what they agreed to in the past and that's provide Yankee fans and the community with parking."