The only surprise was that the Portuguese coach lasted just ten games before being axed by Daniel Levy. 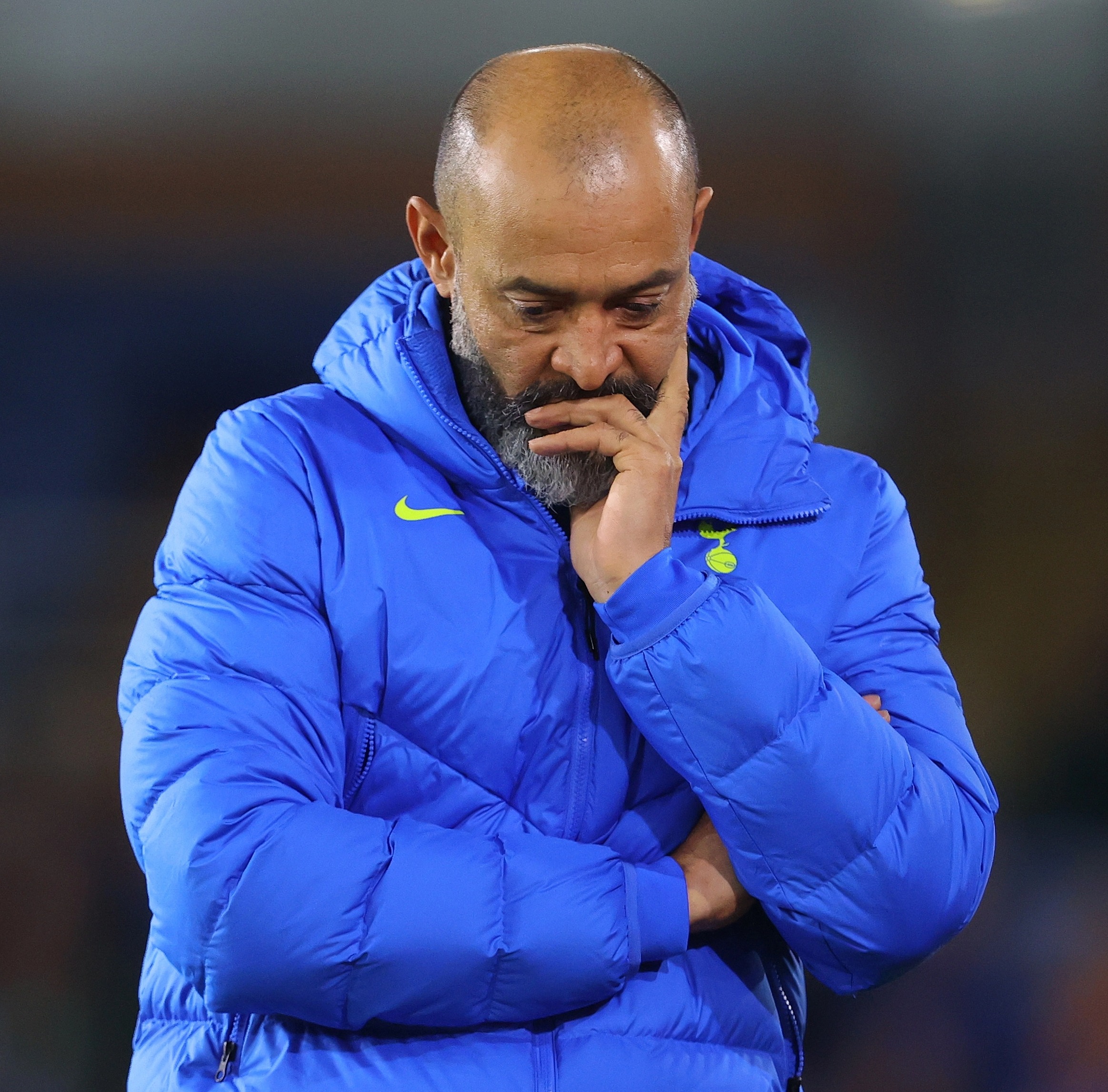 Ultimately, Santo was completely the wrong fit and the job was too big for him.

Santo, 47, was only sixth choice due to the number of managers who were not tempted to take over at the club.

But when you consider he left Wolves with fans fed up with a boring, negative style of football, it is totally baffling that Levy decided this was the only option.

Even before his first game as manager, a fine win over Manchester City, Tottenham’s players struggled to warm to Santo.

They did not like his manner or attitude and his moody character came across in interviews and was obviously noticed by the supporters.

The results were not disastrous but neither were they massively impressive.

Harry Kane's disastrous form after failing to land a move to Manchester City has not exactly helped.

When Marcus Rashford struck Manchester United’s third goal on Saturday night, it was still a surprise when the fans in the South Stand chanted for Santo to leave the club.

And less than 48 hours later, the supporters got their wish.

The problem Tottenham have is who on earth will replace Santo as manager.

Antonio Conte might be an option but he would be ludicrously expensive and he would want guarantees of heavy backing in the transfer market.

Graham Potter would be the most sensible option and despite his comments pledging his future at Brighton, he might be tempted.

But with Gareth Southgate likely to step down as England manager after the 2022 World Cup in Qatar, that position looks perfect for Potter.

Ultimately, Spurs should have got Brendan Rodgers even though it would have cost £70million to get him out of Leicester.

Now, Tottenham are in a total mess and it will only get worse before things improve.