Varane, 28, hobbled off before half-time with a hamstring strain in the Champions League draw with Atalanta. 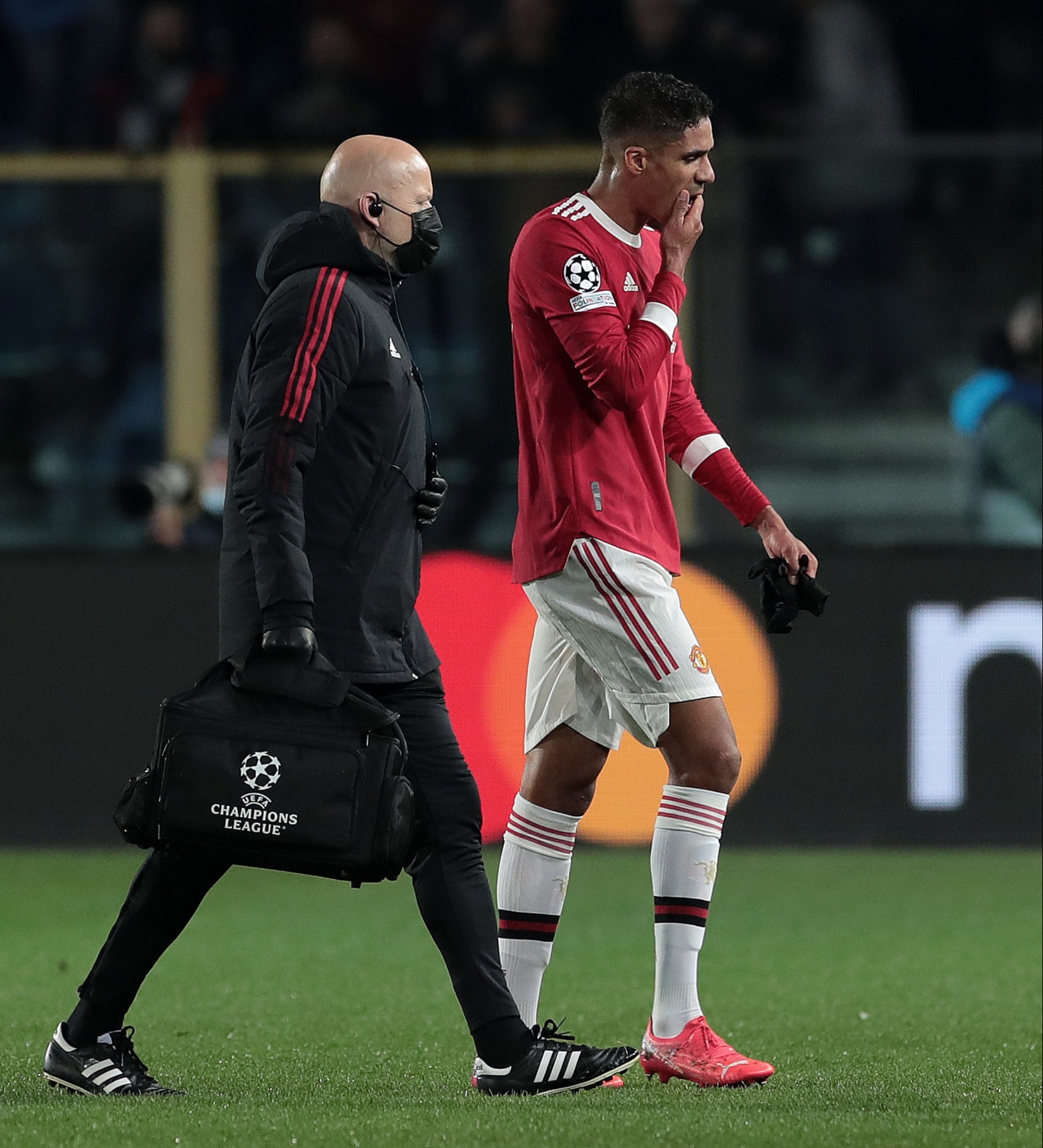 Solskjaer was trying to remain optimistic despite initial dread, saying after the game: "First look at it, is he felt his hamstring.

"We have to look at him tomorrow. But he felt his hamstring as he ran tightening up. So he didn't want to risk anything.

This is the latest in a series of blows to the Manchester United defence, who have been in the spotlight recently.

Captain Harry Maguire apologised to fans last week after a 5-0 stuffing from Liverpool, only to be mocked by former skipper Roy Keane.

Varane has been a calming influence since that moment – one of United's only positives at the back this season.

He received praise from Gary Neville after Saturday's win at Tottenham: "He’s made a massive difference at the back, Varane.

"You can say the change of system but he has brought real composure and class in that back-three.

"He’s been outstanding at the back."

The injury to the French international will worry Solskjaer ahead of the tie against local rivals Manchester City this weekend.

Man City come off the back of a devastating loss to Crystal Palace but have the chance to bounce back this evening as they host Club Brugge in the Champions League themselves.

Keep us with all the latest news from that game with Sun Sport's live blog.