It was a defeat at Saints on Guy Fawkes Night that resulted in Smith receiving his P45 as Aston Villa boss and started a mini managerial merry-go-round. 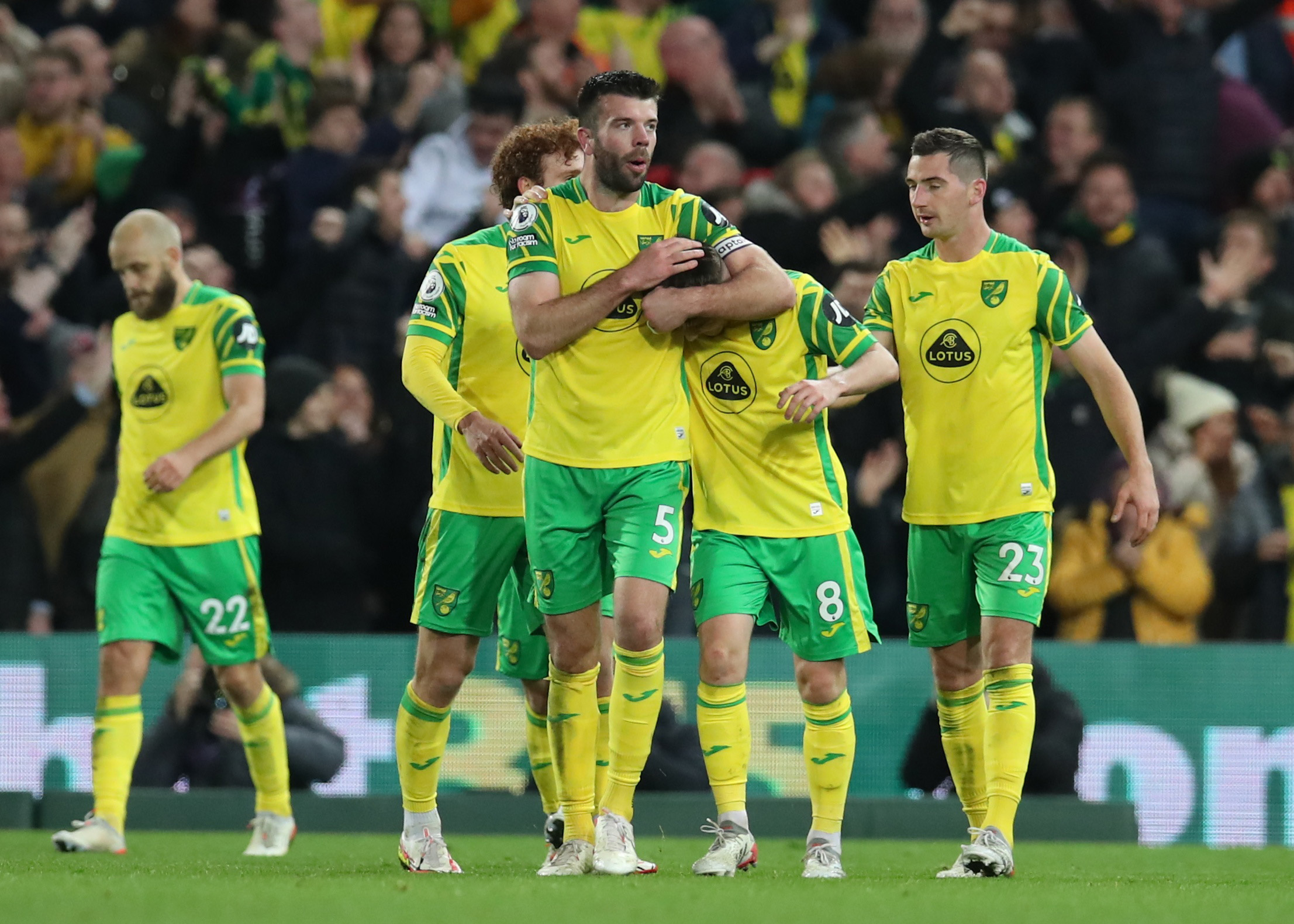 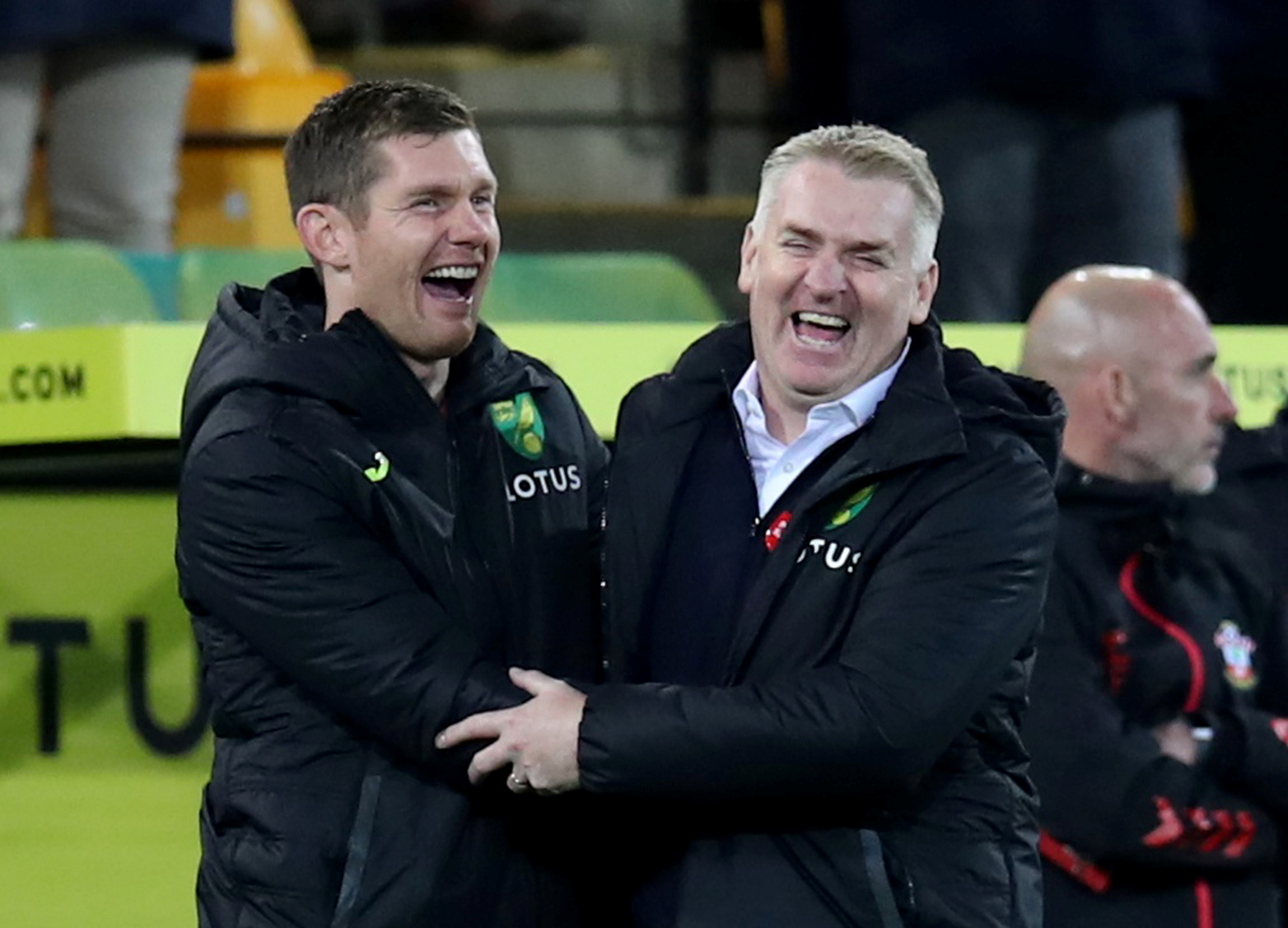 But after only a week out of work, Smith marked a triumphant return to the dugout thanks to a magnificent headed winner from captain Hanley.

Smith becomes the first Canaries manager to win his opening Premier League fixture in charge since the legendary Mike Walker in that fabled 1992-93 season.

And there were signs in the second half that this is now a renewed, rejuvenated club – just the qualities needed for the tough relegation fight ahead.

At 2.59pm Smith was introduced to the Carrow Road crowd for the first time and as expected he was given a tremendous standing ovation and warm welcome as the swift replacement for Daniel Farke.

Part of that adulation came from a mini-bus load of his closest supporters who had made the journey from his native Birmingham to watch him in new surroundings.

Of the three new managers starting fresh employment on Saturday, it is fair to say Smith has the hardest job.

Yet there is hope that despite their situation appearing 'desperate' – a word Smith is particularly keen to avoid using – he has the right pedigree and acumen to stop yet another record-extending top-flight relegation for this yo-yo club.

A much better choice and certainly far more experienced than fellow contender Frank Lampard, the 50-year-old has never been relegated in his managerial career.

During spells with Walsall, Brentford and latterly with Aston Villa, he had never gone off on his summer holidays following a demotion down the football pyramid.

In the two sessions he had on the training ground since being appointed last Monday, Smith made a point of focusing on the defence.

Embarrassingly, the Canaries possess the leakiest backline in the top division with 26 goals flying past goalkeeper Tim Krul in their opening 11 matches.

At the very least he would have wanted to reach half-time without conceding.

Without trying too hard, Southampton took the lead in the FOURTH MINUTE – Che Adams poked the ball past an unsighted Krul from inside the penalty box following several pitiful attempts by the home side to clear.

As Saints supporters celebrated, the camera panned round to Smith and unsurprisingly he looked disgusted and angry.

It was the worst start imaginable and the visiting fans gleefully and cheekily seized the moment to sing: “You’re getting sacked in the morning.” 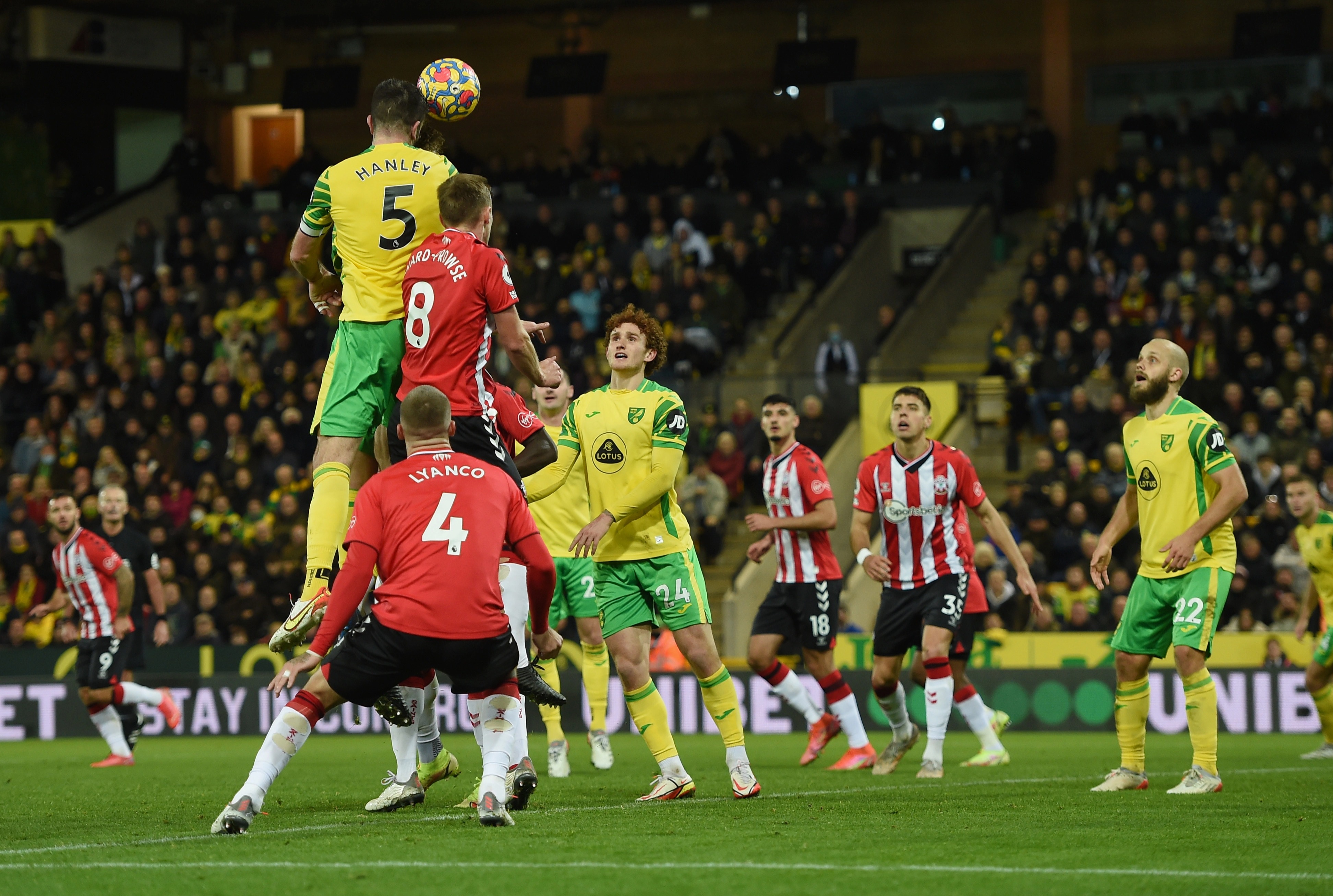 That smugness only lasted three minutes as leading scorer Teemu Pukki showed his new boss what he can do with his fourth league goal this campaign.

When the ball was delivered from the right by full-back Max Aarons, the Finn reacted quicker than hesitant, slow-coach defender Mohammed Salisu to head home past Saints stopper Alex McCarthy.

After that we were treated to a frenetic first half, albeit one that lacked quality and a cutting edge in attack

But there were times when Norwich fans would have been squirming uncomfortably in their seats as Southampton dominated possession and pressed forward with intent.

It was in the 42nd minute where they almost regained the lead as Hanley was inexcusably ransacked by Ibrahimo Diallo high up the field.

Adams benefited from Diallo’s pass and his right-footed shot was hit with precision and power towards the Norwich goal.

But 6ft 2in Dutchman Krul responded with a brilliant one-handed save at full stretch to his right.

Where in the first half Norwich had been on the ropes, they came out swinging in the second.

The half-time introduction of striker Joshua Sargent for underperforming Todd Cantwell gave them energy and vigour in attack.

Hanley had been responsible for some poor defending at odd times in the match but he made amends completely with the winner with 11 minutes of normal time left.

Loanee Billy Gilmour swung over the corner and leaping Hanley headed in – the second time that McCarthy was beaten at his near post.

It is perhaps every goalkeeper’s nightmare to concede so easily like that and McCarthy will surely cringe watching back old clips with coaching staff in this week’s debrief.

The south coast club thought they had grabbed a point in the closing minutes but the header from sub Theo Walcott flashed just wide.

Ralph Hasenhuttl cut a dapper figure on the touchline with his suit and waistcoat combo but this time the Southampton boss was outdone and outsmarted by Smith.