Former horse float driver Greg Nelligan told the Victorian Civil and Administrative Tribunal on Tuesday that he thought the presence of champion mare Winx at the Turnbull Stakes in 2017 would give him the opportunity to administer an illegal race-day treatment to the Robert Smerdon-trained Lovani without getting caught.

He was wrong, with stewards not only catching Nelligan in the act but uncovering years of text messages that indicated illegal top-ups had been administered to horses on race day on numerous occasions. 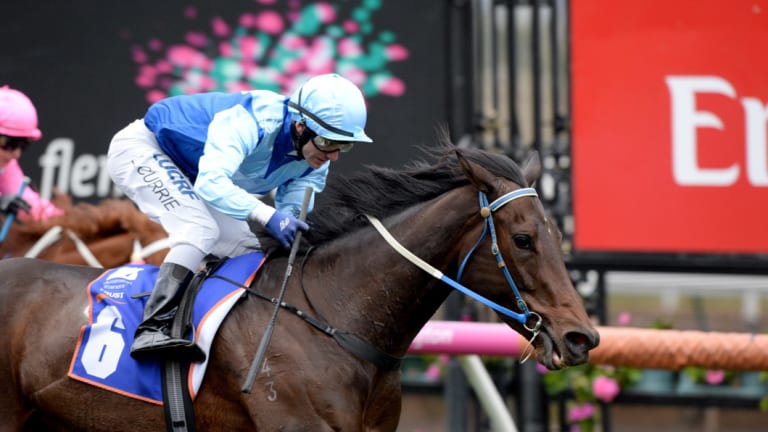 ‘‘I think foolishly in my mind, on the day of Lovani, Winx was running and I foolishly thought everyone would be watching her,’’ Nelligan said.

However, the banned Nelligan denied administering such treatments to Melbourne Cup horses despite text messages that suggested he might have done so, claiming that he would draw the line at attempting such an act on the day of such a big race.

‘‘I don’t claim to have any integrity in this industry any more but I wouldn’t do it in the Melbourne Cup,’’ Nelligan said.

‘‘It’s the Melbourne Cup. It’s a pretty sacred race. [It would be] ridiculously foolish to attempt it.’’

Nelligan prefaced each answer with the legal phrase ‘‘I claim that the answer I am about to give could tend to incriminate me’’ before giving answers to the hearing and conceded he could not offer an alternative explanation as to why he might have referred to Cup horses in his text.

He completed his evidence yesterday after being subpoeanaed along with his wife Denise, a former stablehand, to give evidence to the VCAT appeal four trainers lodged into the Racing and Appeals Board’s decision in May in relation to the Aquanita case.

Denise then took the stand late in the day and conceded that she had known from about 2012 that her husband was topping up horses to help their performance on race day.

She said she undertook the process herself on only two or three occasions but said she had passed on information to her husband that a top-up was required.

Racing Victoria counsel Jeff Gleeson said there were numerous examples within the text messages relating the administration of ‘‘top-ups’’ with betting activity, however, Denise Nelligan said her husband administered the treatment because he was asked.

Denise Nelligan will resume her evidence on Wednesday with leading trainer Tony Vasil, who is one of the four trainers appealing, also expected to give evidence.