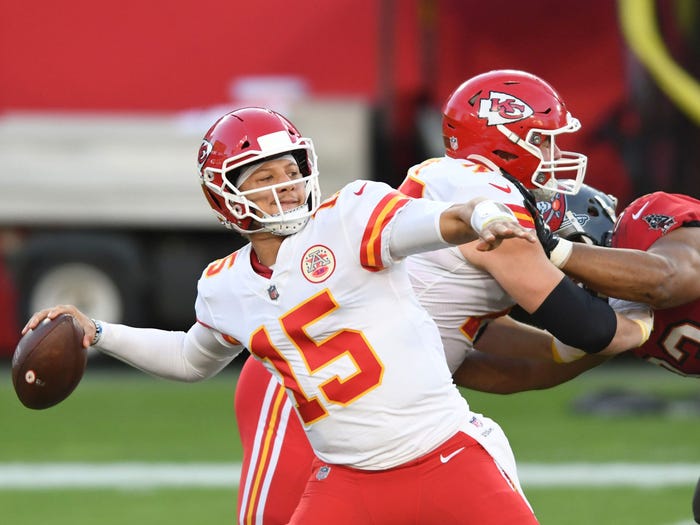 Week 12 of the NFL season was one of the strangest the league has ever seen.

The Broncos had to play a game without a quarterback. The Ravens and Steelers moved their game around three times before finally playing on a Wednesday. The Browns didn't completely fall apart in the fourth quarter and were able to hold on to win a game.

Strange stuff, all around.

It was admittedly a rough one for our picks, which went 6-10 against the spread. That said, one of the difficulties of picking games during the NFL's COVID season is that sometimes you lock in a bet on Thursday and by Sunday a team has lost its entire quarterback room.

I'm not making excuses (well, not entirely), but take it as a reminder that if there's any questions surrounding the game-time status of a key player, it's always best to wait until you know they're taking the field before laying down some cash.

Anyways, let's see if we can bounce back this week with some winners (* indicates home team).

The Detroit Lions are free from the overbearing presence of now-fired head coach Matt Patricia, and they are likely better for it. Earlier in the year, a story from Patricia's first season in Detroit came out, which saw players celebrating the end of the year and thus their freedom from Patricia with mimosas in the locker room. This weekend, they can celebrate the exit of their former head coach with a win over a division rival.

This is a big number for the Dolphins to cover, but it's tough to bet on the Bengals without Joe Burrow leading the team. Backup quarterback Brandon Allen completed 17 of 29 passes for 136 yards, one touchdown, and one interception last week against the Giants. The Dolphins defense is a tougher task, and I don't expect him to do much better.

The Texans offense will have to figure out a way to fill in the gap left by suspended wide receiver Will Fuller, but my money is on Deshaun Watson and company to find a way. Even if they can't win the game outright, this game should be close enough for the Texans to cover.

The Raiders got absolutely embarrassed by the Falcons last weekend in a 43-6 drubbing in Atlanta. Luckily for Las Vegas, they get to bounce back against a Jets team that has looked as bad as the Raiders did last week in every game they've played so far this season.

The Taysom Hill experiment is bound to fail eventually right? Last week wasn't a stellar one by the Saints utility quarterback, but his mediocre game was covered up by the disaster that was a Broncos team playing without a true quarterback. Atlanta found their stride a bit last week, and should be able to move the ball better than they did in their first game against the Saints this season.

The Titans feel a little overvalued after their win against the Colts last week, and the Browns are probably a little undervalued after a game against the Jaguars ended closer than expected. It's scary betting against Derrick Henry, so I don't blame bettors that go the other way here, but the value is on the Browns.

Giants quarterback Daniel Jones is listed as doubtful, meaning New York will likely be looking to Colt McCoy as their starter. McCoy is 7-21 as a starter in his NFL career, and has not won a game since the 2014 season. His last start came in 2019 with Washington, ending in a 33-7 loss to the Patriots. Either put money on Russell Wilson or skip this game entirely.

I trust Kyler Murray more than I trust Jared Goff. Getting three points here feels like a bonus.

The Eagles pulled off a miraculous backdoor cover against the Seahawks on Monday night. With a spread this long, they should have the chance to do it again in Green Bay this weekend.

The Los Angeles Chargers are better than their record indicates, but the entire brand of the team this year is that they lose close games. When the Chargers are slight underdogs, this becomes a problem for bettors, as they have had a habit of losing by a thin enough margin to cover. But with this game set at a pick'em, just close your eyes and have faith in the Patriots to escape with a win.

The Broncos won't be as miserable as they were last weekend playing without a quarterback, but it's tough to imagine how they keep this one close. The Chiefs should be good for 35 points, and I don't see the Broncos scoring 21. It's usually a smart bet to take the big underdogs and just wait for the game to go final, but I don't like betting against Patrick Mahomes.

This line feels fishy, so I'd probably stay away if I could. Josh Allen appeared to tweak his hamstring last weekend, but jumped right back into the game after just missing a few seconds of on-field action. The 49ers are still injured all over but playing well past expectations. It doesn't feel like there's an edge to be had here.

Washington is getting better as the season goes on and has everything to play for, with the NFC East title still well within reach for the Football Team. The Steelers are great, but they aren't 11-0 great, and it feels like a stumble is coming up on the schedule soon, possibly even this week after such a chaotic Week 12 saw their game against the Ravens rescheduled three times.

Ravens head coach John Harbaugh was mum on the status of Lamar Jackson. Even if he plays, the Cowboys are the only side you want in this game with a spread of more than a touchdown.