NEYMAR has offered Lionel Messi his No10 shirt at Paris Saint-Germain.

PSG are increasingly confident of landing Messi after his shock exit from Barcelona. 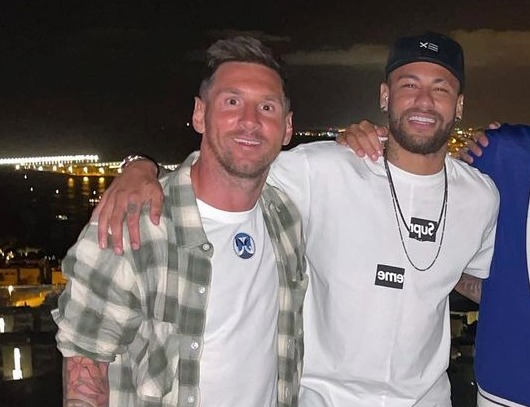 Barca released the bombshell news after announcing 34-year-old Messi would not be staying at the club due to financial restrictions forced on them by La Liga.

Messi, who has spent 21 years at the Nou Camp, wanted to remain with the club but their hands were tied and the Barca icon could be on his way to PSG.

According to RMC Sport, PSG star Neymar has even offered to give his No10 shirt to the Argentina superstar.

But Messi has reportedly turned this down regardless of whether he completes a move to PSG.

Neymar former a lethal attack alongside Messi at the Nou Camp earlier in their career and the Brazilian is determined to be reunited with him in Paris.

Messi and Neymar were pictured together this week on holiday in Ibiza and a permanent reunion in France looks on the cards.

PSG have reportedly already set the wheels in motion to bring Messi to the club in a huge coup.

Manchester City have tried to sign Messi in recent seasons but Pep Guardiola has ruled out a move for the playmaker.

The Premier League champions have signed Jack Grealish for £100million and are still hoping to land Tottenham striker Harry Kane.

With Man City ruling themselves out of the running for Messi, PSG appear to be the only major European club that can afford the legendary forward.